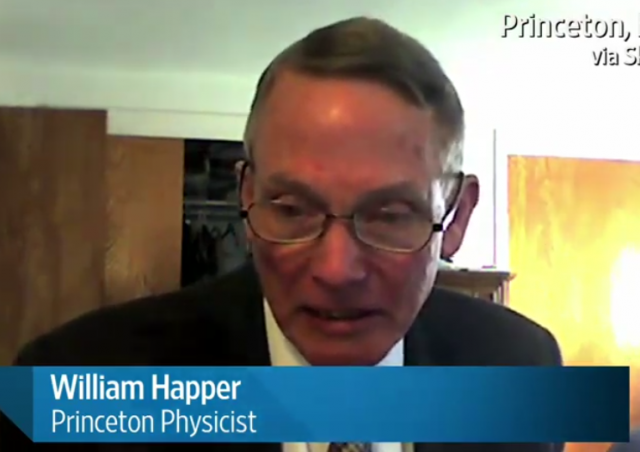 Back in 2017, government officials were considering the creation of a “Red Team” to encourage debate about the scientific interpretations of studies related to the climate.

Now, the White House appears to be going forward with plans to create a team of select federal scientists to review and potentially re-evaluate recent government assertions related to climate science, according to three administration officials.

The National Security Council initiative would include scientists who question the severity of climate impacts and the extent to which humans contribute to the problem, according to these individuals, who asked for anonymity to discuss internal deliberations. The group would not be subject to the same level of public disclosure as a formal advisory committee.

The move would represent the Trump administration’s most forceful effort to date to challenge the scientific consensus that greenhouse gas emissions are helping drive global warming and that the world could face dire consequences unless countries curb their carbon output over the next few decades.

The idea of a new working group, which top administration officials discussed Friday in the White House Situation Room, represents a modified version of an earlier plan to establish a federal advisory panel on climate and national security. That plan — championed by William Happer, NSC’s senior director and a physicist who has challenged the idea that carbon dioxide could damage the planet — would have created an independent federal advisory committee.

The fact that the new “Red Team” is a threat to those currently in power within the Establishment is clear as they focus in on Dr. Happer, an exceedingly seasoned, savvy, and smart physicist who has been a leading figure in unveiling the weaknesses in climate models and reminding everyone that carbon dioxide is a life-essential, naturally-occurring gas. The green justice warriors are attempting to applying Saul Alinsky’s 13th rule to Happer: “Pick the target, freeze it, personalize it, and polarize it.”

For example, take The New York Times coverage of this development: White House Climate Panel to Include a Climate Denialist.

…Critics focused on the appointment of Dr. Happer to the panel given his public history of denying established climate science.

In 2015, Dr. Happer was called to testify before a Senate committee after the environmental group Greenpeace revealed that he had agreed to write a scientific paper at the request of representatives of an unnamed oil company in the Middle East, who were actually Greenpeace employees conducting a sting operation.

In his email exchanges with Greenpeace, Dr. Happer wrote: “More CO2 will benefit the world. The only way to limit CO2 would be to stop using fossil fuels, which I think would be a profoundly immoral and irrational policy.”…

The terminology used by most media covering this story is straight out of Orwell, and endeavors to paint Happer as a “fringe” mad-scientist character. After having attended several of Happer’s lectures, I can assure you that he doesn’t deny there is a “climate.” However, he doesn’t believe in the dogma that mankind is impacting the climate so dramatically that we have to spend trillions of dollars and enact draconian controls on the world population to prevent a global environmental disaster.

Norman Rogers, a contributor to American Thinker, offers a wonderful review of Happer’s credentials. Rogers also makes a sharp point about the evolution of politically-based science.

Climate science has gone off the rails. President Eisenhower nailed the problem in his 1961 farewell address. He expressed the fear that because science had become heavily dependent on federal financial support, scientists would color the science in order to increase the flow of federal money. Nothing works better for increasing the flow of federal scientific money than predicting a future disaster. If scientists predict a disaster, we have to give them more money to research methods of preventing the disaster.

To be fair, I would like to point out that Happer didn’t help the Red Team cause much by likening carbon dioxide to the Jews during World War II.

I would strongly urge everyone to avoid Hitler-based analogies.

In conclusion, I would recommend that the “Red Team” become better versed in the art of persuasion. The team will have a fierce battle ahead, as the Blue Team has had years to pummel Americans with bad science.

A good place would be to start here, with persuasion analyst Scott Adams’ recent review of climate change arguments.

A good thing for a government group to attack would be the fraudulent data released by the government itself. NOAA’s old temperature records doctored “corrected” to show cooler temperatures in the past, thus making today’s more easily verified temperature seem unusually warm, might make a good and relatively easy start.

All of this is based upon questionable statistical models that cannot explain the past or present climate behaviour without adjusting the data being used to predict future climate.

How about a ‘team’ from new AG Barr?

The DOJ is busy getting all the bottom-feeders, but the treasonous, corrupt scum at the top of our government remains untouched.

Amazing how the wapoop was still wapooping away back in 1922. Snopes – no less.

I’d also like to see every dire prediction uttered by climate alarmists made into a video montage together with what really happened to destroy the credibility of the movement … asking at the end whether as a country we really want to throw trillions of dollars at the baseless predictions of the Chicken Littles of this generation.

OR..here’s an idea. IGNORE social media and the ginned up media outrage machine and just get on with the business of being scientists.

That would drive liberals even madder 🙂

The climate people have nothing on the gun control people who predicted daily wild-west shootouts if CCW became common. Seems to have gone the other way.

Chuck Schumer wants to defund this group.
Given that there are hundreds of offices of long forgotten agencies that better deserve his attention, there must be some nefarious reason to act.