Ghostbusters 3: A Surprisingly Small Reaction to a Highly Anticipated Sequel

Ghostbusters 3: A Surprisingly Small Reaction to a Highly Anticipated Sequel 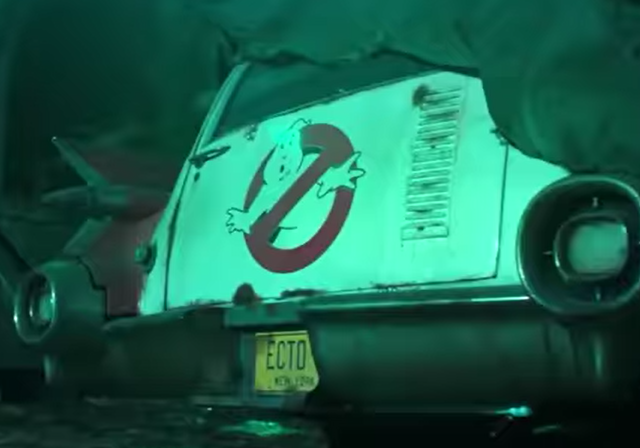 Just a few weeks back, a surprise teaser dropped that should’ve brewed a larger reaction than it did. The long-awaited sequel to the Ghostbusters franchise was announced with an accompanying teaser trailer on January 16th with the vague promise that some of the original actors from the first two films would be returning. Surprisingly, however, the reaction has been rather quiet. The teaser trailers have accumulated a few million views on YouTube. Compare those numbers to the 45 million views the reviled Ghostbusters reboot trailer accrued while it was relevant just two years ago.

The most relevant reaction the trailer has gotten so far is from the reboot’s star Leslie Jones who reacted negatively to the announcement, going as far as to say making a male Ghostbusters sequel was “like something Trump would do.” The reboot’s director Paul Feig was moderately disappointed but stated that he was open to Reitman’s version of the film. While Feig’s reboot of the franchise did gross $229 million, it didn’t make enough money to warrant a sequel and provoked a massive negative reaction amongst fans of the original films who didn’t appreciate rebooting the film’s timeline and cynically pandering to progressive filmgoers.

So why hasn’t there been a major reaction among fans of the original film?

The Ghostbusters Sequel We Wanted?

The upcoming film could be the version that Ghostbusters fans said they wanted in the first place. Supposedly, the film will have the original cast back to some degree and take place after the events of the first two films. The plot is supposed to be a passing of the torch movie so the primary characters will probably be young kids of both genders (I would suspect there will be a lot of Stranger Things influence in the film).

The director Jason Reitman is Ivan Reitman’s son (the original director of Ghostbusters) who has a solid record directing great dark comedies like Juno and Thank You for Smoking. This seems to be lining up to be the sequel fans supposedly wanted. So what gives here? Were these same fanboys really just reacting negatively to female cast last time or is there a deeper problem that’s limiting fan enthusiasm?

Is the Fanbase Disinterested?

Truthfully, I think the problem goes to a simple lack of faith in future installments of the franchise. The new teaser didn’t show anything of substance to back up the claims being made about the premise of the story. A cursory glance at the fanbase’s reaction suggests that the enthusiasm has been lost primarily due to the fact that lately, resurrecting characters from classic films not being up to the snuff. Ghostbusters fans are clearly tired. They’ve had two sequels of varying quality that didn’t live up to the first film and they seem largely agnostic on the potential of a new film, even under ideal circumstances. It certainly doesn’t help that the death of Harold Remis in 2014 has certainly drained a significant portion of the original film’s creative spark and damaged the prospects of a new film.

There are just some franchises that don’t franchise very well. Take a look at the Jurassic Park franchise. The only well-received sequel in any medium was the novel of The Lost World. It’s not a great book but it’s interesting in that it seeks to drain a lot of the optimism and excitement that made the films fun by rooting the series back in the book version’s cynicism. All of the film sequels keep trying to capture the rare lightning in a bottle that Spielberg created with that wonderful first film. There’s no way to do that again because the first film brilliantly captured it’s ideas and premise and left it on a satisfying ending. Ghostbusters may very well be a film of that sort whose original conception was such a flashpoint of circumstance that it can’t be recaptured effectively.

Part of the reason the reaction to Ghostbusters (2016) was so severe was that it boiled down the premise of the first film into a boilerplate high budget superhero comedy. This both fundamentally underuses the material at hand and doesn’t take advantage of Paul Feig’s strengths as a director. Feig is a very talented parodist and an overall decent comedy director by modern Hollywood standards. Spy is a good example of this. It’s a solid enough spoof of the Bond franchise that finds enough story on its own narrative. The problem with Feig approaching Ghostbusters is that he’s applying his bland visual sensibility, his loose improvisational directing style, and his regular cast of actresses to a story that is being played totally straight. It’s not only trying to remix the original film without the same circumstances of the first film, but it’s also missing out on the satirical joke at the core of the franchise that made it unique in its time.

Ghostbusters is an anti-story and a satirical poke at one of the most popular horror films of its time — The Exorcist. It recast the role of Catholic exorcists with chubby working class exterminators for comedy. While that might sound rather subversive as some critics have suggested, in reality, it draws back the satire enough not to be exclusionary. It’s a parody that only worked because satanic possession movies were popular at a time when once in a lifetime comedic talent and good direction made the story work as well as it did. That magic couldn’t be and wasn’t recreated even five years later with the underwhelming Ghostbusters 2. Trying to rebalance this delicate set of circumstances and play it straight with the all-female gimmick misunderstands the themes and rare comedic lightning that really can’t be summoned again. These characters aren’t superheroes, they’re dopes. Playing the setup straight doomed the movie to obscurity.

Why would anyone want a sequel to other classic comedies like Groundhogs Day or Caddyshack? Usually, they turn out awkward and flabby like Anchorman 2. That said, I’m still fascinated to see where this new sequel is going. It’ll be especially fascinating if they actually get Billy Murray and Dan Ackroyd back together given that they don’t like each other. Even so, what kind of relevant story can you tell though with this setup? It might not be possible to make another great Ghostbusters movie.

Is the Fanbase Disinterested? Yep

In a sink hole, in a universe far far way, this pos will drop and disappear never to be hear about again……….

The time frame for this sequel was prior to 2000.

*for the release of this sequel

The original Ghostbusters film succeeded because Harold Ramis had a few good movies in him wanting to get out. He wrote the screenplays for his most popular films. He had a knack for satire while at the same time not being a deviant, subversive virtue-signaling jerk. Talent and sense for comedy with wide, popular appeal. That’s what makes for a good film.

Gosh, I cribbed everything from the Tyler’s article without realizing it. I’m pretty thick sometimes ;/

Some people never get over their childhood fascination with comic books. Others become adults.

Avengers Endgame is not a sequel. It’s the next, concluding part in a serial.

Maybe until it comes out and we start getting real feedback, it is hard given the mess Hollywood keeps faux virtue signaling and spewing out not to think this is a bait and switch that will end up bring a SJW circle jerk like the last puke inducing one.

Way off topic. Sorry. Have any of you successfully connected with Coyote in the past couple days. I constantly get a “refused to connect” message. I emailed Warren at the site address and there is no response. Yet.

As to the film: Over many years I have seen enough sequels that appeared to be bad attempts to squeeze the last nickel out of the original, that today I don’t ever entertain the idea of paying to see one. I might not be the only one holding this position, to one degree or another. Just a thought from the viewing public.

They don’t even know if they will be making the movie.

Plus after being burned on Ghostbusters 2016 people are going to want to see a lot more than a teaser trailer before deciding this is something they want too see in theaters.

No one trusts Hollywood to make good sequels or reboots anyway. Look at how Hollywood messed up the reboot/prequel of Alien with Prometheus and Covenant. Or The Thing (2011). Or Predator (2018). Just Google failed reboots and there are a lot.

Going to need more than a teaser trailer to get excited over this movie.

Please no. I will send them money not to do this.

The temptation to cross the beams was just too great.

How about “Nutbusters”? A comedy in the spirit of the original Ghostbusters, about a team of three amateurish pest-control agents trying to contain and control their test squirrels, who have gotten loose after being given an experimental drug, and are wreaking havoc in Central Park in New York. Teamed with a couple of adorable (perhaps an Old English sheepdog and a Corgi) but incompetent dogs, they must come up with a way to subdue the squirrels without harming them, though general destruction of property is a bonus. Rated “R” for “Really??”

The revenue for the reboot is misleading. For example, some VUDU customers were offered the movie completely free!

Caddyshack has a sequel by the way.

Or maybe the last Ghostbusters left such a stink in the theater that audiences are leery?

Ghostbusters is an anti-story and a satirical poke at one of the most popular horror films of its time — The Exorcist. It recast the role of Catholic exorcists with chubby working class exterminators for comedy.

I think this is a film critic’s interpretation. A quick poll of my social circle, all of whom are solid fans of the original film, turned up no one who made the connection. The vast majority of them hadn’t even seen The Exorcist. That isn’t surprising, given that Ghostbusters post-dates The Exorcist by eleven years and was rated PG. The overwhelming majority of the film’s fan base, then and now, weren’t old enough to have seen the R-rated Exorcist in the theaters.

If spoofing The Exorcist was the writers’ intent, this is the first I’ve heard of it. The appeal of the film was a fairly universal story arc: working class schmucks just trying to make a quasi-honest buck end up in over their heads, and through pluck, luck and some stoic male camaraderie, end up winning out. This is the basic plotline of everything from Guardians of the Galaxy to War Dogs.

There was one segment that parodied the exorcist

dress it up any way you want to….

i’m not going to watch it: i’ve seen the original.

Trust the franchise that gave us Lady Ghostbusters? I don’t think so.

Remakes usually fail, if the original is still timely. Ghostbusters can still be viewed today with no significant cultural lag. Ghostbusters 2016 was domed because all it did was to substitute females actors for the original male cast. This was not enough to give it its own identity and make it a good movie in its own right.

Now, most remakes gender little excitement within the fan base od the original film. Sometimes, a remake will generate its own fan base, after release.