“So far they’ve connected about 70 deaths with similar graffiti nearby.” 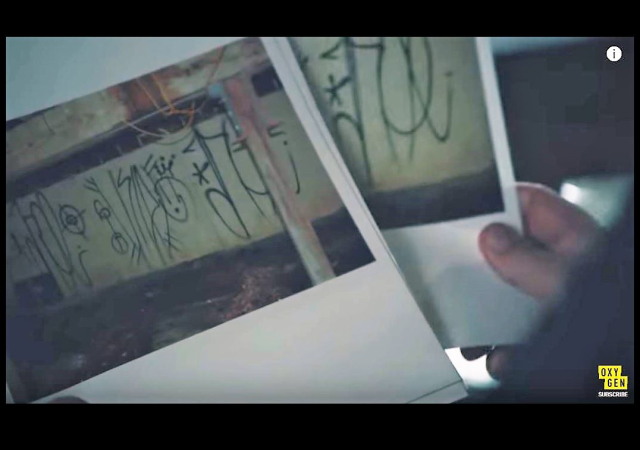 The story of the ‘Smiley Face’ murders goes all the way back to the late 1990’s. It involves dozens of mysterious deaths which share common traits including bodies found in water and smiley face graffiti left nearby.

I remember reading something about this years ago which questioned whether this was the work of a serial killer but ultimately dismissed that idea as a conspiracy theory.

Now, a team of retired detectives who have been investigating these deaths for years are advancing a theory which is far more disturbing. They believe that these deaths are the work of a gang of serial killers, operating in cells in major American cities.

Nicole Weisensee Egan of the Daily Beast has written a fascinating report on this:

Is a Serial-Killer Gang Murdering Young Men Across the U.S.?

He was cold, disoriented, and scared out of his mind, wandering the streets of downtown Pittsburgh, trying to find someone—anyone—who would help him.

“Pittsburgh’s North Side,” he told her.

She quickly hopped into her car to go get him, then remembered she could use her cellphone to figure out where he was because he’d enabled location services with her when she gave him a ride to the airport months ago…

The next day, he thanked her for picking him up, but brushed the whole thing off, saying he had a bad hangover. And she might have, too, if he hadn’t vanished five weeks later, after a similar night out with some of the same co-workers.

Was it just an odd coincidence? Or was James being stalked in the weeks before he died? If she hadn’t shown up at the hotel, would he have vanished that December night, instead?

“I didn’t think about any of this until after he went missing,” she said. “What happened that night?”

On March 6, 2017, 40 days after Dakota James disappeared, a woman walking her dog saw his body floating in the Ohio River, about 10 miles from where he was last seen in downtown Pittsburgh—at 11:49 p.m. that January night—and about 30 feet from the shore.

This is the passage which ties the death of Dakota James to the theory being advanced by these detectives. It’s like something straight out of a horror movie:

His death was ruled an accidental drowning by the Allegheny County Medical Examiner’s Office. But a team of retired detectives and a gang expert believe he’s one of about 100 victims of the Smiley-Face Killers, an alleged organized gang of serial killers that communicates on the dark web, with cells in dozens of cities across the United States. An additional 250 cases might be connected, but they can’t prove it, they say.

James fits the profile of the other suspected victims: smart, athletic, popular, college-age white men who went out drinking and never came home, they say. More recently, some alleged victims have been openly gay, like Dakota. Like him, weeks later, their bodies were discovered in lakes or rivers with smiley-face or other graffiti specifically connected to the group spray-painted nearby. So far they’ve connected about 70 deaths with similar graffiti nearby. About 30 of the men, including Dakota James, had the date-rape drug GHB in their system, according to the autopsy reports.

If you’re interested in true crime stories, I recommend reading the whole thing. It’s a long story, but worth the time.

These detectives believe the victims are taken somewhere and kept alive for a matter of days before being killed, after which they are disposed of in a body of water.

The Oxygen network is doing a series on this which premiered this weekend. This short video provides some background on the investigation:

The idea of an active serial killer is frightening enough on its own. The concept of a serial killer gang operating in cells, and coordinating their activities across multiple cities is the stuff of nightmares.

I live along the upper Mississippi rover and the rumors about the Smiley Face Killer have been talked about a lot. Especially a few years ago when it seemed they were pulling a young man out of the water every year.

A cop friend said that they did think they were related but didn’t have much to go on. So they keep eyes and ears open for anything.

Serial killers are alive and well, stalking our streets and the dark places of society. For years I lived in railroad rescue missions. There were killers stalking the tramps riding the Burlington Freight trains…always finding bodies outside the main yards. This isn’t the only two massive case studies that have been done in the past 20+ years. Maybe FBI agent Mueller could solve this case too, eh?

How terrifying
Now where is our FBI.. really

any DNA evidence?
heard 23 and me and ancestry dot com want some new business

Where there is smoke, there is fire. There’s something to this.

David Paulides has been advocating about this for years:

As we’ve learned from the election of Donald Trump, the Swamp is capable of anyhing. A case in point from New York, where a well-connected DA was spying on his nanny in the shower. The attempted cover-up by the city government and the police harrassement against the victim was amazing:

It’s almost as if the FBI leadership was corrupted, the GOPe is corrupt, the democrat leadersship is corrupt, hillary clinton committed treason fifty times, obama illegally weaponized the IRS and FBI and CIA against political opponenets, debbie wasserman schultz compromised secrets of the US government to protect her Pakistani boyfriend, the leadership of the EU are pedophiles using the power of government to rape and kill children, there are open backers of terrorism and Jew-hatred elected to Congress, that hollywood has become the coommunist propaganda sewer Sen Joseph McCarthy warned us about, that the democrat party is in a quid pro quo relationship to get money from and thus protect rapists and pedophiles — etc.

Belgium – The country with the most paedophilia: Within one year 1,720 children disappeared:
http://anonymous-news.com/102637-2/

I think the Smiley Face cases don’t get much attention from law enforcement and the media because all the victims are male. If it were a hundred dead women it would be a national crisis.

Belgium and the EU is most likely covering for the Islamic sex trade, as European countries have been doing for years now.