“There was a time when a sizable number of Democrats opposed undeclared wars and unending military campaigns.” 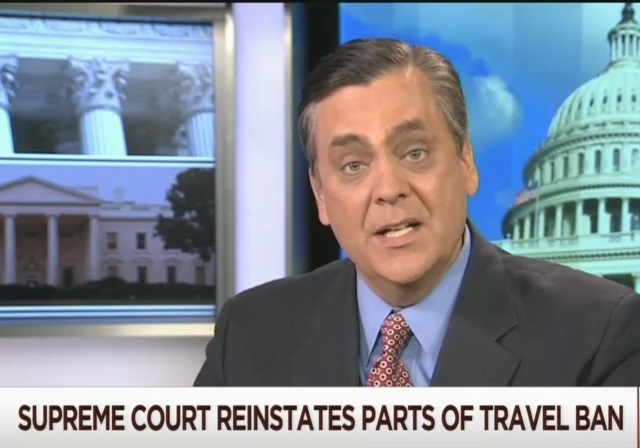 George Washington University professor Jonathan Turley suggests that Trump is causing Democrats to take positions they never agreed with just to oppose Trump. He makes an excellent case, too.

Washington has long been a stranger to principle other than the principle of self advancement. Yet, something new seems to be emerging across the country. Politicians have long felt the need to disguise raw political agendas in the pretense of principle. That pretense has disappeared.

In this age of rage, voters seem to have no patience, let alone need, for leaders speaking of abstract principles. They want immediate unequivocal action in supporting or opposing President Trump. For Democrats, that all consuming purpose has led to the abandonment of core unifying values, including many that first drew me to the Democratic Party. While they would vehemently deny it, Trump is remaking the party in his inverse image. This past month shows how far that transformation has gone.

The remaking of the Democratic Party was evident last week with the reaction to the decision to withdraw troops from Syria. There was a time when a sizable number of Democrats opposed undeclared wars and unending military campaigns. Now, they are appalled that Trump would not continue a war in one of the myriad countries with American troops engaged in combat operations. House Minority Leader Nancy Pelosi called the withdrawal a “Christmas gift to Vladimir Putin,” while Tim Kaine, David Cicilline, and other Democrats called it “irresponsible” or “hasty.”

“Trump is remaking the party in his inverse image”

Sorry Jonathan, you don’t get to blame President Trump (yes, he gets the title President, even if it still chaps your arse) for remaking the democrat party. The leftist-socialist-progressive democrat party has been sliding farther and farther off the rails for decades now, leading to the disgust with modern politics that led to President Trump, not the other way around.

The D’rats are a very flexible bunch; they don’t need an external force like Hurricane Donald to make them that way.

For long-term flexibility consider the Party’s metamorphosis from America’s inveterately anti-black party, from its first rise to national prominence circa 1800 until its filibuster of the Civil Rights act, into today’s anti-white party. The D’rats are still the racist party; the target race has changed, even if the basic racist animus hasn’t.

For shorter-term expedience, recall the D’rats new-found fascination with strict candor from the Oval Office. George W. was bitterly criticized for saying he’d missed a couple of physicals in his Texas Air National Guard days—when it turned out the number he’d missed was probably three, the wailing and gnashing of teeth was palpable, since three is “a few”, not “a couple”. So, obviously, “Bush lied!!!” And when did the D’rats become so, ahhh, pure? Right after Billy Jeff was exposed as America’s top serial liar. Sorry, guys, it’s too late to get religion now.

Principle, policy, realpolitik, adult common sense, simple human decency; all take a back seat to rote, knee-jerk opposition when you’re a Democrat. As Marx (Groucho, not Karl) sang in Horse Feathers, “Whatever it is, I’m against it.” A bit odd, really, as the Republicans were founded specifically to be the determined opponents of things Democrat (‘way back in 1854), and not the other way ’round.