“We need to do it all, including the wall” 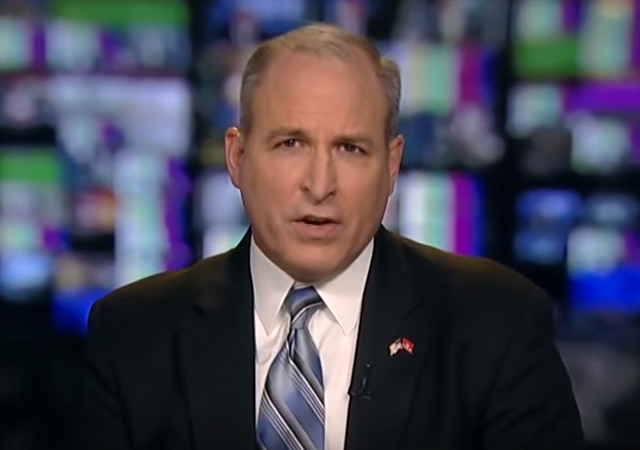 Obama’s border patrol chief Mark Morgan has much in common with the Trump administration.

During an appearance on FOX News this weekend, he advocated for an all-of-the-above approach to border security, including the wall.

If you don’t remember Morgan, here’s a little background from Anna Giaritelli of the Washington Examiner:

Morgan, a former FBI agent, was appointed in August 2016 to oversee the patrol, which is under Customs and Border Protection. He was confirmed in October.

He learned one week into the Trump administration he was to be let go, so he quit before he was given the boot.

Morgan has remained out of the public spotlight over the past two years, but broke his silence this week as Democrats and the White House have fought over whether to include an additional $5.7 billion for security measures at the U.S.-Mexico border.

When it comes to the wall, Morgan is fully on board. He was adamant in his support during an interview with Neil Cavuto. Here are some details from the FOX News Insider:

‘Do It All, Including the Wall’: Obama-Era Border Chief Hits Back at ‘Absurd’ Border Wall Arguments

Morgan echoed President Trump’s message to America by saying the current situation at the southern border is a “national security and humanitarian crisis.”

He said on Cavuto Live that the same language about border security from President Trump was used in years prior to his presidency on both sides of the aisle.

“It’s absurd, the arguments that are being made right now,” he said.

He said that, starting in 2014, the demographics of the people coming across the U.S. border started to change.

“Meaning, we saw an influx in family units and unaccompanied minors,” Morgan said. “It was then, also, across the aisle on both sides that referred to that as a humanitarian crisis.”…

“We need to do it all, including the wall,” he said.

Have you noticed that the people who have actually worked at the border, and have real expertise in this area, support the idea of the wall and other security measures? Why aren’t they leading this discussion?

“Why aren’t they leading this discussion?”

Kudos to Mr. Morgan for speaking up. The reason people who actually work on the border aren’t taking the lead on this discussion is because Trump is willingly playing lightning rod.

For those who haven’t noticed, opposing the Democrats at the national level has become risky. They get investigated by the FBI, demonetized online, shouted down at speaking engagements, harassed at dinner, and in a growing number of cases, they are physically assaulted when going about their ordinary business.

That’s how authoritarian regimes govern. The way they see it, it is more efficient to have just one opinion(theirs) one government (theirs), and one set of rules that no one understands and is enforced arbitrarily. They are not interested in the “consent of the governed”, just obedience.

They are all missing the story. Pelosi should be challenged to introduce a bill to TEAR DOWN all existing walls. Then we will know where she really stands

Ironically, where walls have been most successful is in California of all places. She should tear down the walls in her own home state. That should help cut down on the illegals streaming in through Arizona.

Not really much different from the student idiots who demand that we abolish the police while they hide behind campus security.

This guy will never make it on to CNN.

“Have you noticed that the people who have actually worked at the border, and have real expertise in this area, support the idea of the wall and other security measures? Why aren’t they leading this discussion?”

Because all they have are the facts and experience, but the left is the sole guardian of the moral high ground. You know, like every other argument you have with the left.

Yes, migration control and quarantine, emigration reform to reduce collateral damage at both ends of the bridge and throughout, reconciliation without social justice, character not diversity, and make love not planned Americans.

For every clip like his, you can find at least one contradictory one. It comes out a meaningless draw.

What’s right to do is not decided by cherry-picked sound-bites. It is decided by using good judgment in conformity with good law.

I suggest it has merit.

Sounds good to me. Federal civil forfeiture money, and whatever is shared by state and local with the Feds, should be targeted for wall building.

Cherry picking comments to push leads to arguments based on the best sound bite, real or imagined. Laws need to be based on justice and reason.

Have you noticed that the people who have actually worked at the border, and have real expertise in this area, support the idea of the wall and other security measures?

Especially considering that border patrol agents will have less to do (and less likely to keep their jobs) if the wall is built. That takes integrity.

Can you imagine the outcry from the left and the MSM if Trump came up with something similar to the Eisenhower Administration’s ‘Operation Wetback’ in addition to building the wall. Now that would be entertaining.