International Paralympic Committee: “All World Championships must be open to all eligible athletes and nations to compete safely and free from discrimination.” 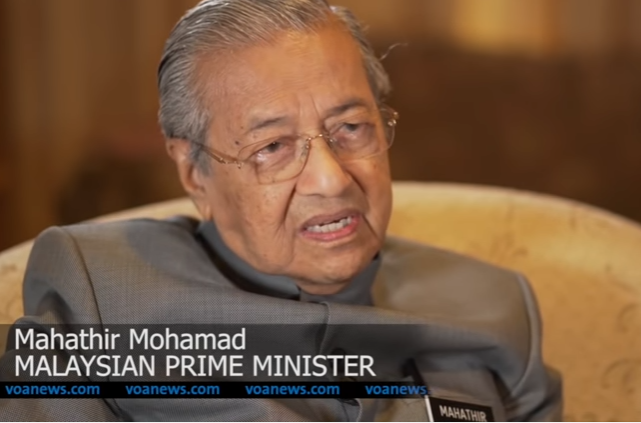 The International Paralympic Committee (IPC) has stripped Malaysia of hosting the 2019 World Para Swimming Championships after the Muslim-majority country barred Israeli athletes from participating. The decision was taken by the IPC Governing Board in London on Sunday.

Malaysia’s Prime Minister Mahatir Mohamad, who regained office eight months ago, had refused to allow Israeli athletes to compete in the event despite IPC’s objections. “If they (the IPC) want to withdraw Malaysia’s right to host the championship, they can do so,” Mohamad declared last week.

Sunday’s decision “reinforces the IPC’s commitment to our fundamental moral and ethical principles that encompass inclusivity of all eligible Para athletes and nations to compete at IPC sanctioned events.” Chelsey Gotell, head of the sporting body’s Athletes’ Council, said while announcing the move.

The International Paralympic Committee (IPC) on Sunday stripped Malaysia of the right to host the 2019 world para swimming championships after the country banned Israeli athletes from taking part.

The championships, a qualifier for the 2020 Tokyo Paralympics, had been scheduled for Kuching on the Borneo state of Sarawak between July 29 and August 4. The IPC said a new venue would be sought for the same dates, although there might have to be some flexibility in light of the circumstances.

“All World Championships must be open to all eligible athletes and nations to compete safely and free from discrimination,” said IPC president Andrew Parsons in a statement after a meeting of the IPC governing board in London.

“When a host country excludes athletes from a particular nation, for political reasons, then we have absolutely no alternative but to look for a new Championships host.”

Malaysia, a majority-Muslim country that does not maintain diplomatic relations with Israel, announced this month that it would bar Israelis from any event held in the Southeast Asia nation.

Malaysia, often at the forefront of anti-Israel initiatives in the United Nations and other international fora, has taken a sharper tone since 93-year-old Mohamad returned to power in May 2018. In November 2018, he warned neighboring Australia against moving its embassy to Jerusalem, in line with President Donald Trump’s decision.

Mohamad, who previously served as the country’s prime minister for 22 years between 1981 and 2003, makes no secret of his hatred of the Jews and Israel. “I am glad to be labeled anti-Semitic,” he once proudly declared.

In a 2003 speech, he called upon “1.3 billion Muslims” to unite against Israel, citing the Holocaust as an example worth emulating. “1.3 billion Muslims cannot be defeated by a few million Jews,” he said. “There must be a way. And we can only find a way if we stop to think, to assess our weaknesses and our strength, to plan, to strategize and then to counterattack. We are actually very strong. 1.3 billion people cannot be simply wiped out. The Europeans killed six million Jews out of 12 million.”

There must be ZERO TOLERANCE for Antisemitism or racism of any kind in sport! #Malaysia @chedetofficial https://t.co/K6FkIybr56

By stripping Malaysia of the right to host the swimming event, the world sporting body has upheld the Olympic spirit. International sporting events should not be allowed to be hijacked by bigots and anti-Semites like Malaysia’s Mohamad, who seek to whip up Islamist sentiment at home, and burnish their credentials in the Muslim world.

They’re doing a good job of it here (obama, clinton/abedin, M-F Tlaib, Miss Mullah Omar. etc) – so why not Malaysia?

It’s always refreshing to hear that somebody did the right thing, but why choose them in the first place?

Malaysia had a different government at the time they were awarded the hosting, one which did not ban Israeli athletes. Since then, the government changed, and it’s the new government that decided to ban Israelis.

Maybe send Prime Minister Mahatir Mohamad a pallet-load of COEXIST bumper stickers to distribute around to “the Muslim-majority country’s” population. That should fix it.