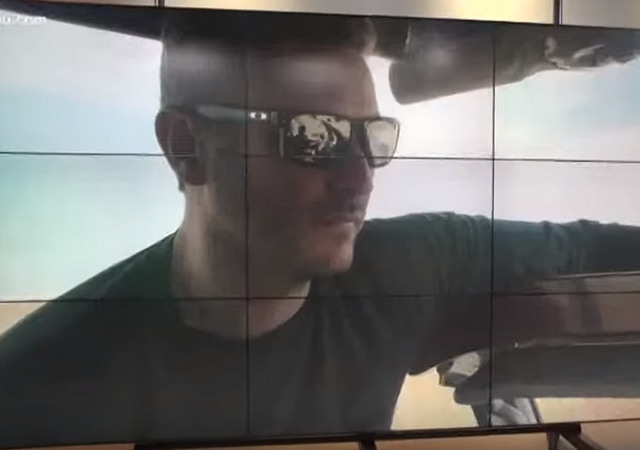 Jason Spindler worked at the World Trade Center and was late for work on 9/11, which fortunately saved his life. Spindler, who had also belonged to the Peace Corps, ultimately went back to school for a law degree and worked abroad.

This week, he was killed during a terror attack in Nairobi.

Jason Spindler, a Jewish American whose life was changed when he survived the 9/11 attack in New York, was killed in a terrorist attack in Nairobi, Kenya.

The shooting attack Tuesday on a business complex, claimed by the Somali Islamist terrorist group Shabab, claimed at least 21 lives. Shabab said it was motivated in part to commit the attack by President Donald Trump’s recognition in 2017 of Jerusalem as Israel’s capital.

Spindler, a young investment banker in 2001, helped save lives in New York on 9/11, friends told The Washington Post.

Before dedicating himself to boosting Kenya’s local economy, Spindler worked on Wall Street.

It was while he toiled for now-defunct investment firm Salomon Smith Barney that Spindler escaped a first brush with death.

The firm was located at 7 World Trade Center, but Spindler was running late the morning of Sept. 11, 2001, and emerged from the subway as the first tower fell.

“Then he went back to help out and Building 7 fell and he was all covered in the dust,” his mother told KTRK-TV in Houston.

Siobhán O’Grady of the Washington Post has more on this week’s attack:

Jason Spindler survived 9/11. Then he died at the hands of terrorists in Nairobi.

After Jason Spindler graduated from the University of Texas at Austin in 2000, he moved to New York to work as an investment banker on Wall Street.

That morning, as thousands of people fled from the collapsing World Trade Center in downtown Manhattan, Spindler did the opposite: He ran straight into the rubble and began pulling people out, his college roommate Kevin Yu told The Washington Post on Wednesday.

“That’s exactly the kind of person he is,” Yu said. “When we hear explosions of gunfire, a lot of people immediately jump away. His instinct is quite the opposite — he jumps straight at it.”

Spindler survived the deadliest terrorist attack on American soil, but he was killed Tuesday when terrorists stormed an office and hotel complex in an upscale neighborhood of Nairobi. He was one of at least 21 people who died in the attack by al-Shabab militants.

Yu said Spindler, the oldest of three brothers from Houston, was a “ball of energy” who served in a remote area of Peru as a Peace Corps volunteer and traveled the world in search of adventure and fulfillment. His life changed course after the Sept. 11, 2001, attacks. “Something struck a nerve and changed how he felt and thought about things,” Yu said. “He just felt like he could be doing so much more.”

In a statement, the NYU School of Law said Spindler is “warmly remembered by those who knew him.”

This video report from KHOU News includes an interview with Spindler’s parents who say that they have received kind words about their son from all over the world:

Only the good die young…

Not trying to be mean but how do you “survive” an event you weren’t there for?

Ok, that was funny. In that case, in that ONE case, be mean. Be mean like the wind.