In other news, Egypt will inaugurate the biggest cathedral in the Middle East. 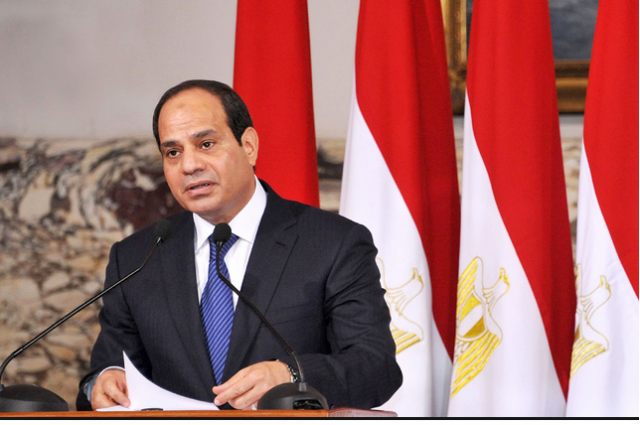 The last time I mentioned Egypt, archeologists had uncovered the hidden tomb of an Egyptian royal priest that had been untouched for around 4,400 years.

Since then, there have been further fascinating developments related to the land of the Nile. To start with, Cairo officials tried to prevent the airing of a CBS interview in which Egyptian President Abdel Fattah al-Sisi spoke of his country’s close co-operation with Israel in fighting ISIS militants.

The interview on the 60 Minutes news programme was due to air on Sunday evening after CBS said it had refused Egyptian government demands to refrain from broadcasting it. In an excerpt provided by CBS, Mr Sisi is quoted as having said: “That is correct . . . we have a wide range of co-operation with the Israelis,” in response to a question asking him if co-operation with Israel was now the closest ever between the two countries.

Egypt has had a peace treaty with Israel since 1978 and the two countries have diplomatic relations, but Egyptian public opinion still regards the Jewish state as an enemy and occupier of Arab lands. Mr Sisi’s unprecedented admission could hand his critics further ammunition to attack him.

In other news, Egypt will soon be the new site of the biggest cathedral in the Middle East.

Egypt will inaugurate the biggest cathedral in the Middle East in coincidence with the Coptic Christmas Eve, which will be led by Pope Tawadros in the new church in the New Administrative capital.

The new church’s capacity accommodates 8 thousand people, said Samuel Matias previously, adding that the cathedral will provide big buses to transport participants in the mass from Abbasiya to the New Administrative Capital, starting from 1 p.m.

The New Administrative Capital has the largest mosque and church in Egypt, according to Chairman of the Armed Forces Engineering Authority Kamel al-Wazir. Wazir also explained that the cathedral covers a total of 63,000 square meters with a hosting capacity of 8,200 persons.

Excited to see our friends in Egypt opening the biggest Cathedral in the Middle East. President El-Sisi is moving his country to a more inclusive future!

Finally, and tragically, several tourists were killed when their bus was bombed near the famous Giza Plateau.

The timing of last week’s bombing could not have been worse for the Egyptian government.

Friday’s attack on a tour bus, which killed three Vietnamese tourists and their Egyptian guide near the renowned Giza Pyramids, came just as the country’s battered tourism industry was showing signs of recovery.

Adding insult to injury, the attack came at the height of the holiday season, when the number of foreign visitors normally peaks.

No group has claimed responsibility for the attack, in which a crude roadside bomb was used, but it bore the hallmarks of extremists.

Hopefully, there will be fewer bombings and more Masses in Egypt this year.

…The FT story is behind the paywall. I must ask, was it Sisi asking through officials to delay or cancel the interview, or was it “officials” purportedly acting on Egypt’s behalf trying to have it canned? I’d love to know if it was behind Sisi’s back or not. Sisi courted Trump early and no critic of him even needs ammunition beyond what is already known about his cooperation with Trump and Netanyahu. I hesitate to even call it an open secret because that would be calling it a secret at all.

Are there enough Christians still in the middle east to fill it?

Is this a peace gesture or are they baiting the watering hole?

Did the architects plan ahead and make it easy to add minarets?

Officially, Coptic Christians are 10% of Egypt’s population, and in reality they are probably more. That’s at least nine million people.

The alternative to el-Sisi (who is the most palatable Egyptian leader in terms of Israel since the founding of the State of Israel – yes, even over Sadat) is the Muslim Brotherhood. That CBS would run a piece on him as a hit piece, given this fact, shows you how mentally deranged and morally warped they are.

Our MSM is not only the enemy of the U.S. but the entire civilized world.

al Sisi is one of the most moderate leaders in the MENA.

Egypt and Israel have the same enemies.
al Sisi is a VERY brave soldier and leader who has tried to raise the standard of living and also to keep different factions in his population satisfied.

the problem is that Islam is not a religion in the modern senze of the word.
it is a Bedouin bandit death cult, with promise of slaves in perpetuity.

just see hoe here in the US, these ‘people’ behave – for my self, i will not trust any of them –
that a fundamental part of the groupthink is Taqqiyah (like most politicians).

The level of “News Worthiness” seems rather low for 60 minutes, given a plethora of stories and topics in our current news season. Obviously CBS (much like the NYT) is using their political clout (over rated) to shed a negative light on el-Sisi. This is what most media organizations do as a daily mission. The days of unbiased news reporting is fleeting.