“According to Dagens Nyheter, at least one of the suspects had been in contact with Rakhmat Akilov, a radicalized Uzbek asylum seeker who mowed down pedestrians in Stockholm with a stolen truck in April 2017, killing five people.” 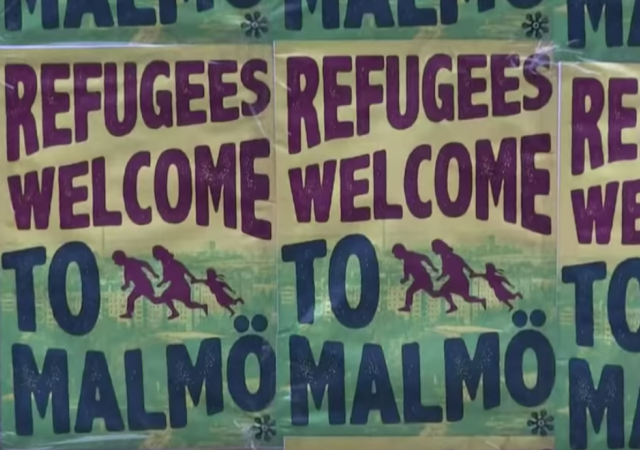 “Three (of the suspects) acquired and stored large quantities of chemicals and other equipment in order to, among other things, kill and harm other people. If the terrorist crime had been carried out, it could have seriously hurt Sweden,” the Stockholm prosecutor’s office said in a statement.

It said the six men were from Uzbekistan and Kyrgyzstan, both mainly Muslim, former Soviet republics.

Five are in Swedish custody while the sixth man was freed pending trial; all have denied wrongdoing, the statement said.

Thomas Olson, lawyer for one of the accused, told Swedish Radio his client had bought a large amount of chemicals from a bankrupt firm in order to try to sell it on, without success.

“My client left very detailed explanations as to why he was in possession of these chemicals, explanations that have been confirmed by all outsiders,” Olson said.

According to The Local Sweden, at least one of the suspects was in contact the radical Muslim who committed the Stockholm truck attack last year.

Five of the six have been in custody since a police raid in Strömsund, 600 kilometres (375 miles) north of Stockholm, in late April. The sixth man is not in custody.

During the April raid, neighbours told the Dagens Nyheter newspaper they saw police removing about 15 large plastic containers from a shed on an empty property.

According to Dagens Nyheter, at least one of the suspects had been in contact with Rakhmat Akilov, a radicalized Uzbek asylum seeker who mowed down pedestrians in Stockholm with a stolen truck in April 2017, killing five people. Akilov was sentenced to life in prison in June 2018.

Refugees welcome. Immigration reform, collateral damage at both ends of the bridge and throughout, elective regime changes, trials without due process (e.g. warlock trials), sodomy and abortion justice, men, women, and children left behind, welcome. The Mediterranean is still processing refugees from the most recent social justice adventures without borders and security. Diversity, or color judgments, including anti-nativism, has been progressive, globally, but especially in Western nations.

According to crazy eyes (and jeb), they just need love… and a manger

And the 6th man is not in custody

Sadly, the mind less Sheep in Sweden have elected Lunatic Liberal Idiots who love the Diaper Heads more than their own people. Now watch YOUR Nation, Customs and Culture fade away and replaced with Corruption, Crimes and Terror ,,,, Great Job !!

From Mark Steyn’s commentaries, Malmo has become a very unwelcome city for Jews… very unwelcome. Soon, unwelcome for dhimmis…but that will take longer although on its way.