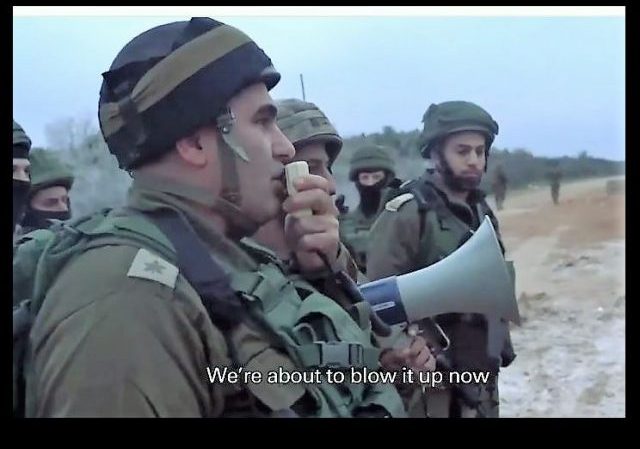 Israel continues to rollout Hezbollah attack tunnel discoveries, each to much fanfare for the media and diplomats.

Although Israeli likely knows about almost all the tunnels, it waits a few days between discoveries in order to maximize the exposure and keep the news cycle going.

We have followed the rollout in these posts:

Today was tunnel No. 5, as the Times of Israel reports:

The Israeli military announced Wednesday it had discovered a new cross-border attack tunnel from Lebanon, the fifth such subterranean passage it has uncovered since launching an operation to destroy the Hezbollah-dug tunnels.

The latest tunnel was dug from Ayta ash Shab, a village across the border from the farming community of Shtula, and entered Israeli territory, according to the Israel Defense Forces.

The IDF said the tunnel was found “a number of days ago” and has now been destroyed.

This Google satellite map shows how close Ayta ash Shab is to the Israeli border: 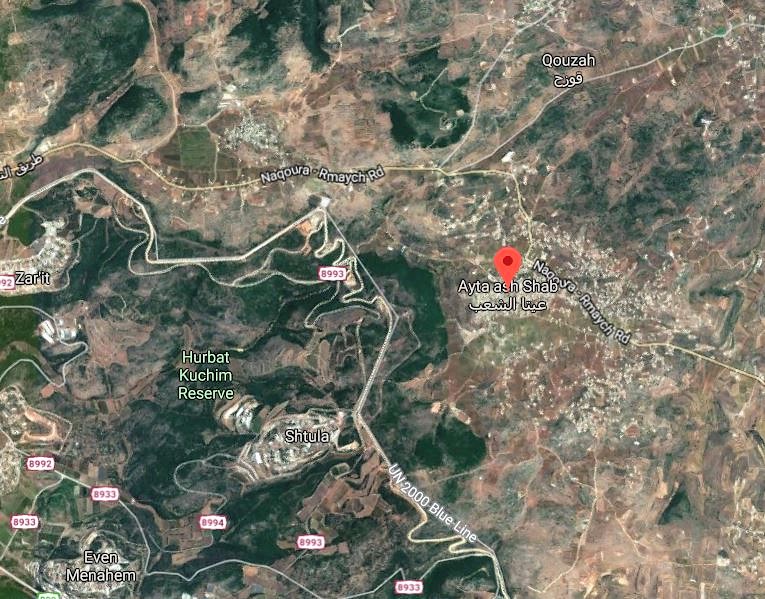 The tunnels are not the gravest threat to Israel. The Iranian-supplied missiles in the possession of Hezbollah, Iran’s building a 100,000 strong Shia militia into Syria from other Muslim countries, and Iran’s entrenchment in Syria, all are greater threats. But taking the tunnels off the table is a low-risk improvement of the security situation.

Put a ton of pig manure in it before you blow it up. That will teach them.

Only if you believe those ridiculous stories about Pershing in the Philippines.

Although Israeli likely knows about almost all the tunnels, it waits a few days between discoveries in order to maximize the exposure and keep the news cycle going.

And to shore up Netanyahu’s crumbling image as “Mr Security”.

Wow. People are really tied up in this desperate worship of the naked emperor, and can’t bear to hear anyone say the truth that everyone sees. Netanyahu has always talked a good game, but how has he acted? At every step and every stage, what has he done? When has he ever been the person he claims to be? The title “Mr Security” was of course originally applied to Rabin, who brought the Oslo disaster. Netanyahu now wraps himself in that cloak, but his record is one long litany of withdrawals, concessions, appeasement and accommodation, all the while presenting himself as the only alternative to the left. His entire message is that if you don’t support him you will get the left; but how has he governed differently from the left? Only in degree. As Moshe Feiglin just put it in his first campaign message, all he is offering is to keep rolling backwards, but slowly. He expects people to accept that there will inevitably be more missiles, more tiny defeats, more of the housing crisis, more entrenchment of the left, but he promises to apply the handbrake and slow the rate of deterioration. There is no prospect of improvement under him; he’s not interested in improvement. He doesn’t believe it’s possible. But when it comes to speech-giving, he’s the same Netanyahu with the same promises as he was 30 years ago. Maybe then he meant them, but now he knows it’s an act and so does everyone else.

You know, they’re doing this all wrong. Don’t blow-up the tunnels: let them be, but put in toll booths.

The Democrats would be in favor of tolls and taxes, but then they would start giving out exemptions to favored classes – like Hezbollah.

The IDF should wait until the Diaper Heads climb inside the tunnels ,,, Then Blow It Up.

I have a high tech solution involving a large boulder. I got it from an Indiana Jones movie.