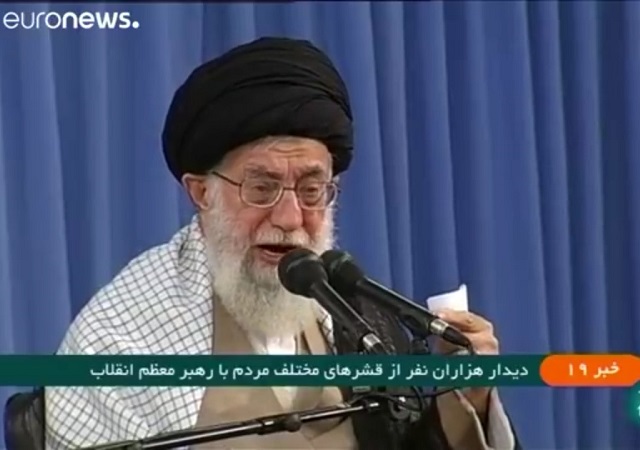 An Iranian activist jailed for ‘insulting Islam’ on social media has died after a prolonged hunger strike, media reports say.

The State Department condemned the death of the blogger as “just one of many more unjustly detained prisoners held at the mercy of the Iranian regime’s whims.” The department demanded “the regime stops subjecting Iranians who are peacefully voicing their opinions to brutal conditions and slow deaths and that it release all those unjustly imprisoned.”

A political activist jailed for social media messages criticising the Iranian regime has died after a 60-day hunger strike.

Among other offences, Vahid Sayadi Nasiri, 37, was was accused of insulting Supreme Leader Ayatollah Ali Khamenei.

Having served over two-and-a-half years behind bars, he was released – but detained again five months later.

He was originally arrested in September 15 for insulting Khamenei and “propaganda against the state”, according to Iran Human Rights Monitor. (…)

Mehdi Kaheh, the prosecutor in the city of Qom, earlier said Nasiri had been serving a sentence for “insulting Islamic sanctities”.

Since President Donald Trump withdrew from the Obama-ear nuclear deal in May 2018 and reimposed U.S. sanctions against Tehran, the regime faces a serious economic crisis and a surge in public discontent. This year alone, ten Iranian cities, including the country’s capital Tehran, have seen large anti-regime protests, with demonstrators calling for an end to the 40-year-old Islamic autocracy. Last month, thousands took to streets chanting ‘death to Rouhani,’ country’s handpicked president.

The regime has responded to these protests by rounding up dissidents and shooting unarmed protesters. Workers demanding unpaid wages or women defying hijab laws have faced a violent crackdown.

While top members of the regime, including the country’s unelected ‘Supreme Leader’ Ayatollah Ali Khamenei, continue to use Twitter and Facebook to influence public opinion in the West, social media sites remain forbidden to ordinary Iranians.

To deflect attention away from its failures at home, the regime is once again calling for jihad against the U.S. and the West. “Submitting to the West headed by America would be treason against our religion,” Iranian President Rouhani said at a conference on ‘Islamic unity’ held in Tehran last month. “We have a choice to either roll out red carpets for criminals, or to forcefully stand against injustice and remain faithful to our Prophet, our Koran and our Islam.”

Unperturbed by Iranian hostile intentions, the European Union, spearheaded by German Chancellor Angela Merkel, is busy helping the regime to circumvent the U.S. sanctions. The EU is taking legal measures to shield European companies dealing with Tehran. While the regime makes no effort to hide it’s ugly face, many in the West remain oblivious to the threat posed by the Islamic Republic.

Say mean things, die in prison. Kind of sounds like what the left wants to have happen to us.

Hey, imams – the Middle Ages called. They want their black bathrobes, towels and fear-driven fanaticism back. Oh, and by the way, your prophet is a child rapist.

believe that before things got too obscure, the israelis would step in and deal with the situation–as a military power, they are fearless and immensely capable–they are also indifferent to world opinion vs their survival–and rightfully so

Things aren’t improving in the Middle East. Hey Israel, here’s one vote for going full-on nuclear. Start with Mecca and work your way down the list.

We all know he won’t be lionized, as was Jamal Kashoggi.

Liberals scream about Handmaid’s Tale when Pence refuses to have dinner with somebody that isn’t his wife or the possibility that they think Kavanaugh MIGHT make abortion no longer on-demand.

Iran throws somebody in jail for EIGHT YEARS for criticizing Muslims and nobody says a word.

Leftists want totalitarian levels of power. To them, Iran is to be admired not criticized.

Not a bit surprised this happened.