Another pick up by Republicans in the Senate 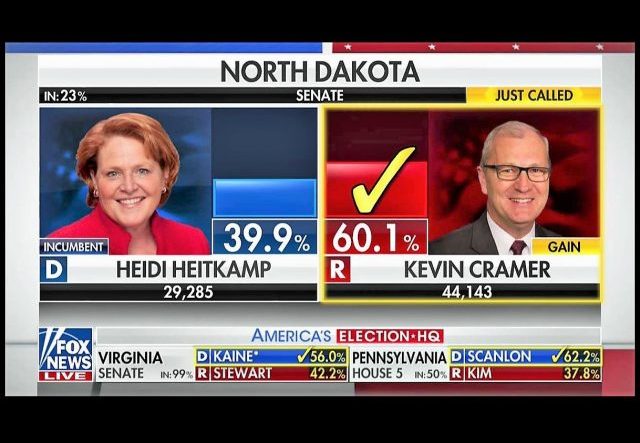 Another big pick up for Republicans, the second Democrat to go down to defeat.

Thank you North Dakota. Representing you in the United States Senate will be the honor of a lifetime. pic.twitter.com/r6Xi9qCQMS

Our canvassers visited more than 37,000 low-turnout pro-life voters to get out the vote for Kevin and DEFEAT pro-abortion #HighFiveHeidi#IVoteProLife✅ pic.twitter.com/g83ABo8nKf

A fake moderate D in the Senate for North Dakota was ridiculous.

This is a just and needed win. Good job ND!

That fat stumpy redhead finally got the boot from DC. Now if she’ll only go live someplace where she’s appreciated…like Toronto. The local media will be whining for the next 6 months, proposing that she run for governor, etc.