Judge Gives Voters in Florida Until Saturday to Verify Ballots

Judge Gives Voters in Florida Until Saturday to Verify Ballots 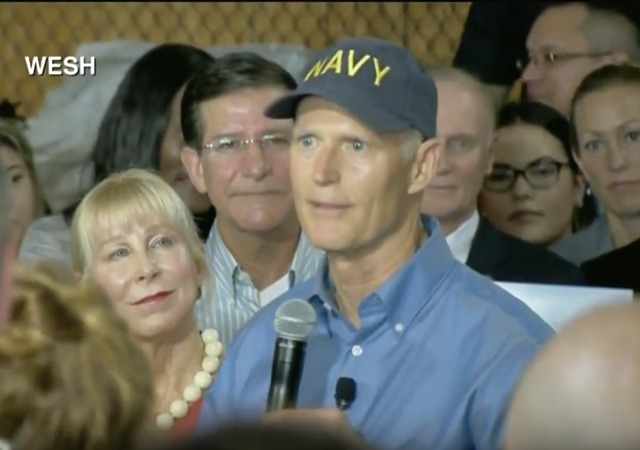 US District Judge Mark Walker ruled that people in Florida have until 5PM ET on Saturday to verify their ballots after officials rejected them due to a signature mismatch.

While it is a blow to Republican Senate candidate Rick Scott, it’s not a full win for incumbent Democrat Sen. Bill Nelson since he asked the courts “to discard Florida’s signature match law.”

More than 4,000 people in 45 of the 67 counties in Florida could not vote because their signatures did not match with the ones on the state’s records. We do not know how many remain in the other 22 counties.

The judge’s order requires Florida Secretary of State Ken Detzner to issue a directive to the 67 county election supervisors to give voters a chance to correct their ballots.

“The precise issue in this case is whether Florida’s law that allows county election officials to reject vote-by-mail and provisional ballots for mismatched signatures—with no standards, an illusory process to cure, and no process to challenge the rejection—passes constitutional muster. The answer is simple. It does not,” the judge wrote in his order.

Scott’s campaign said they are “immediately appealing this baseless decision.”

It may not make much of a difference. I blogged about Marc Caputo’s article in Politico that put the numbers out front. Even if all these lawsuits go in favor of Nelson, the numbers are still against him.

Florida rejected 7,871 votes for “voter error,” including “mismatched signatures on the ballots compared to what’s on file with the state.” Out of those ballots:

Caputo wrote that “Nelson would have to win 85 percent of” the voter error and the rejected ballots that came in unsigned.

At least they check signatures in Florida, in NY someone had stolen my daughter’s vote with a signature which was far different than what was on record.

I’m sorry, but if the signature is that different, then someone else stole that vote. If it’s your signature, unless you have a medical reason for it, it should be close enough to recognize it as the same hand.

I’m a poll worker in NYC. We are supposed to compare signatures, but the fact is signatures do change, and if the one in the book is thirty or forty years old the current signature may look very different. There was one person in my book this year who printed his name when he registered at 18; his signature now looks nothing like that but I let him vote because I knew it was him. But there really needs to be a better system. We’re not allowed to ask for ID, unless the name is marked in the book as “ID REQ”, which happens only the first time someone votes (and even that is new; most voters have never been asked for ID and never will).

why not wait til 2020,then u can steal that election as well… We’re living in a society that is falling apart….

Actually, that’s what’s going on. This is a dry run for 2020. The Dems don’t really believe that Gillem and Nelson will win in FL or that Abrams will win in GA. This is a shot across the bow. If they don’t win the presidency they will lie, cheat, gum up the works until 2022. And they have the judges in their hip pocket to do it.

As Rush pointed out… all the instill FUD… fear, uncertainty and doubt about the election process. Only in a one party rule can voter integrity be assured.. because it is pre-determined.

Rush is in his own little world, which bears no resemblance to ours. The purpose of this exercise is to steal seats – and they’ve done a terrific job of it this year. Anybody, left or right, who doesn’t feel a little fear and uncertainty watching this blatant theft is either an idiot, a fool, or both.

Thanks for all the down votes, Hillary! I see you’re still bitter about 2016. And 2008. And Bill. And being forced to live in Arkansas.

Dateline this Saturday: Judge gives voters until Tuesday to verify ballots. Because Florida.

Dateline, next Tuesday: Judge gives voters until next Friday to verify ballots…

Repeat entire process in 2020. Because Florida.

But they are out of fake ballots. Not enough fraudulent ones.

The laws (and the Constitution) are “guidelines”… straight out of “Pirates of the Caribbean”.

Reminder that the “Brady Bill” that became the “Brady Law” had voting extended beyond the required cutoff to assure passage in Congress.

Democrats want to federalize elections, with extremely liberal rules. They can’t get this through Congress, and certainly not through most state legislatures, so they’re turning to the federal courts to accomplish their goal.

this is obviously the “miracle” refereed to in the previous poast, eh?

How is this NOT a total victory for Nelson? The judge set the law aside, and a law not enforced is no law at all.

And does anyone seriously believe the judge won’t set it aside AGAIN come Saturday?

A judge who is probably Pro-Choice, selective, opportunistic, and politically congruent (PC).

They’ll enforce the law – against every Republican vote.

Even many third-world nations have greater election integrity and accountability (e.g. identification), and demonstrate greater competence than several, many Democrat districts.

The Florida Spaceman burned up on re-entry. Down in flames. Legacy….sore loserman.

We had to sign a touchscreen, which was held by the clerk at an awkward angle. There’s no way my signature bore any resemblance to one where I was writing on an actual tabletop.