Unless new developments show up… 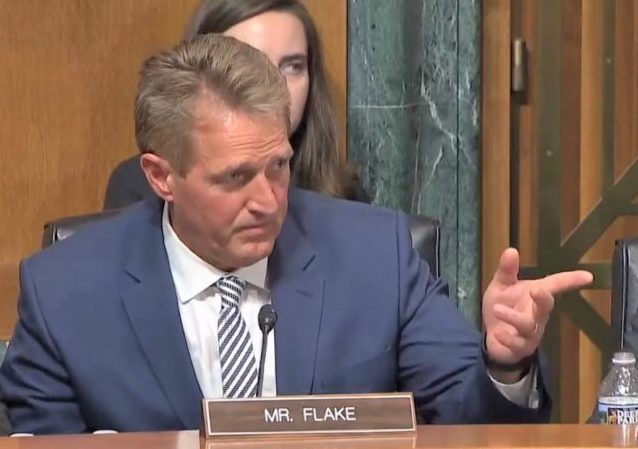 Sen. Jeff Flake (R-AZ) told reporters he will vote YES on Kavanaugh…if nothing else comes up.

.@JeffFlake just told reporters he is a "yes" on Kavanaugh (barring any last minute developments).

Flake did this to Republicans and Kavanaugh once before. He said he would vote yes in the committee, but then caused drama at the last minute. He still voted yes, but told his colleagues he was a no on the floor unless the FBI investigated the sexual assault claims against Kavanaugh.

The agency did just that and Flake called it a thorough report and said it didn’t show any misconduct from Kavanaugh. Flake voted yes to invoke cloture this morning.

If you look real close you can see his spine there in his jacket pocket. Normally, of course, he doesn’t have that.