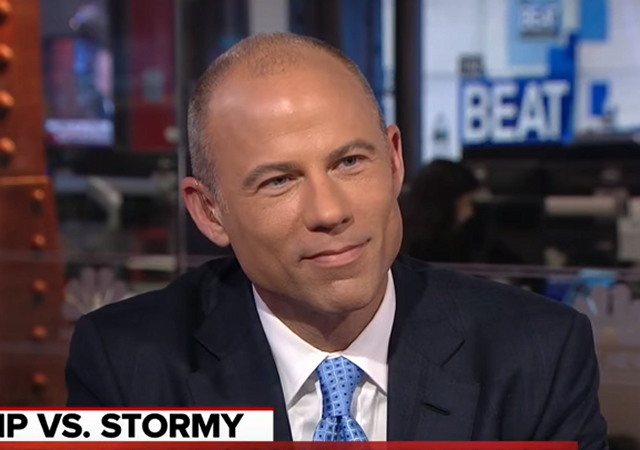 The field of Democratic nominees in 2020 is going to be massive. It is also going to be a pro-level competition in identity politics and a contest to see which candidates can out-left each other politically. Stormy Daniels lawyer Michael Avenatti is positioning himself early as the candidate who will “fight” Trump.

His approach is working with some people on the left.

The Case for Michael Avenatti 2020

Michael Avenatti should not be running for president. The exuberant attorney might have acquitted himself well representing Stormy Daniels in court — and the resistance’s vindictive id on cable news — but the road to the White House shouldn’t run through CNN’s greenrooms. As Donald Trump has ably demonstrated, the skills required for establishing a strong Twitter presence and those necessary for governing the world’s most powerful nation are not perfectly identical. And regardless, the Democratic Party already has more conventionally qualified 2020 hopefuls than they can reasonably ask the Iowa State Fair to accommodate. If Avenatti wants to try his hand at public service, he should run for city council (for a first-time candidate, municipal office should be #basta).

But American politics in 2018 isn’t as it should be. So, by all appearances, the lawyer representing Donald Trump’s former porn-star paramour is really, earnestly running for the nation’s highest office.

And, at the end of that day, that might actually be a good thing…

The celebrity attorney knows that he can’t win any intra-party debates over policy or ideology. He doesn’t have the record to run as the most authentic champion of any Democratic constituency’s cause, or the policy chops to “own” any high-profile issue. What he does have is a total lack of reverence for Capitol Hill’s norms, and a personal brand as an uncompromising advocate for the clients he represents.

When it comes to the Supreme Court, the object of the left’s latest mania, Avenatti is saying things the resistance wants to hear:

We must never allow this to happen again. We must right this wrong in 2021 with a Democratic President and a Democratic Senate with the requisite votes to expand the court to 11 and recover the 2 seats. These are not normal times. pic.twitter.com/yuyJzJ1O3j

During a recent appearance on MSNBC, Avenatti said he would make a decision about running by this March.

There are a lot of people who want that nomination. It’ll be fascinating to see how he is received by his competitors.

Please run! His nomination would be highly appropriate for a democrat party that is already completely divorced from reality hahahahahha

As good a chance as any. You have seen the list of loons who are making plans to run. The Democrat Party is a party celebrating the out-of-normal, so his chances are decent enough.

Booker is loonier than Avenatti, who is merely venal and leaves a trail of slime wherever he goes.

I think he would make a GREAT candidate for the VP slot on the Dem ticket.

Then put Alexandria Ocasio-Cortez on the top of the ticket to run as POTUS.

Just think of the entertainment factor if they won! Within 6 months the VP would be arrested for molesting POTUS! Then to make things really interesting, she could nominate Bernie Sanders and his wife as co-Treasury Secretaries and Jerry Brown as Secretary of State. Prince Obama, from Kenya, could then be installed for a little Mau-Mau justice in the DoJ. Think of how the American people would flock to the Republican Party….after they ‘purged’ the government.

What the ‘rule of law’ and the Republicans couldn’t or wouldn’t do, the people would willingly do, with a thankful heart and singing all the way: “I’m Free, I’m FREE…Thank God I am FREE!”

Furthermore: I constantly am confronted by someone honking on about the ‘Rule of Law’….blah, blah, blah. The ‘Rule of Law’ is GREAT, in a lawful society amongst people who both respect the law and try to fulfill it’s requirements.

Perhaps it’s time to consider that this Republic was not born via a midwife called ‘Rule of Law’. No, no, no…the midwife was rebellion against lawlessness and corruption, in an effort to establish a ‘Rule of Law’…A More Perfect Union. No longer would citizens be ruled by people ‘ordained by God’ and birth to rule. No…now people would rule themselves via a representative govt. So…there it is, my naked ignorance. All I need now is for ‘Rags’ to show up so I can have a good laugh!

Avenatti will have as much chance as Martin O’Malley (who?) did in 2016.

Avenatti epitomizes the soul of the Democrat party.

A lawyer who helps his client disclose to the public a nondisclosure agreement details. He’ll fit right in.

Of course they would nominate him. Perfect candidate for the Dems. Sleazy, with very adjustable morals and standards. Or double-standards, really.

The line seems to be somewhere between rapist and murderer….so, yeah….

No response yet from Jamie Dimon.

Does the DNC really have a Muslim Extremist running it?

He’s not a minority. Strike one.
He doesn’t have his entire life devoted to the accumulation of power inside the Democrat party. Strike two.
He can’t put forward that trustworthy, non-weasel face when speaking in public – Strike three.