But you wouldn’t know it from the selective portions promoted by Tracy Mitrano to her supporters. 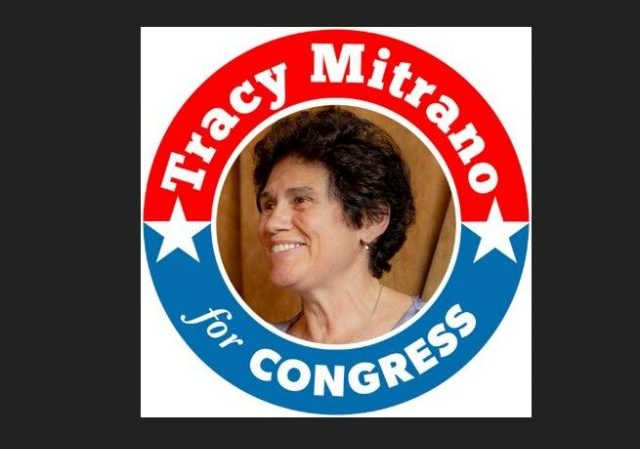 While NY-23 includes liberal Ithaca, the district as a whole is R+6, and is considered safe Republican. The district spans a huge, mostly rural, and conservative geography along the Southern Tier of upstate New York.

Reed has won his last two reelection campaigns by double-digit margins. You can find our coverage of his 2014 race here, and his 2016 race here.

Reed has shown himself to be a natural and comfortable retail campaigner. When other Republicans shied away from town halls, Reed continued his appearances, even if it meant verbal sparring with political opponents. 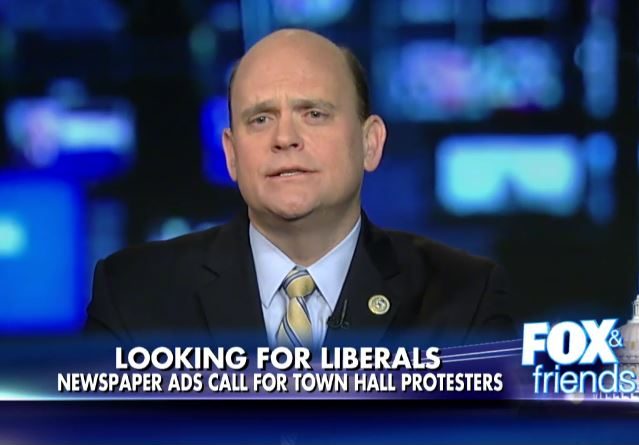 Reed was one of the first sitting congressmen to endorse Donald Trump during the primaries; that plays well outside Ithaca. Trump won the District by almost 15 points.

Mitrano won a narrow Democrat primary, but in so doing depleted her campaign funding and delaying her transition to a general election campaign, leaving her lacking the resources to challenge Reed. The Democratic Congressional Campaign Committee, which in the past has poured money into trying to oust Reed, is not committed to helping Mitrano. The Salamanca Press reports on a Mitrano press call:

The Mitrano campaign has communicated with the Democratic Congressional Campaign Committee since winning the the primary in June but there is no partnership yet. “We have a clear vision of what the district wants,” Mitrano said. The DCCC has a “checkered history in this district,” she added.

Mitrano has struggled to gain any traction. She’s not generating much free media coverage, and her campaign has had several missteps. During the primaries she send a bizarre copyright takedown notice to the Reed campaign when it used a photo of her smoking. 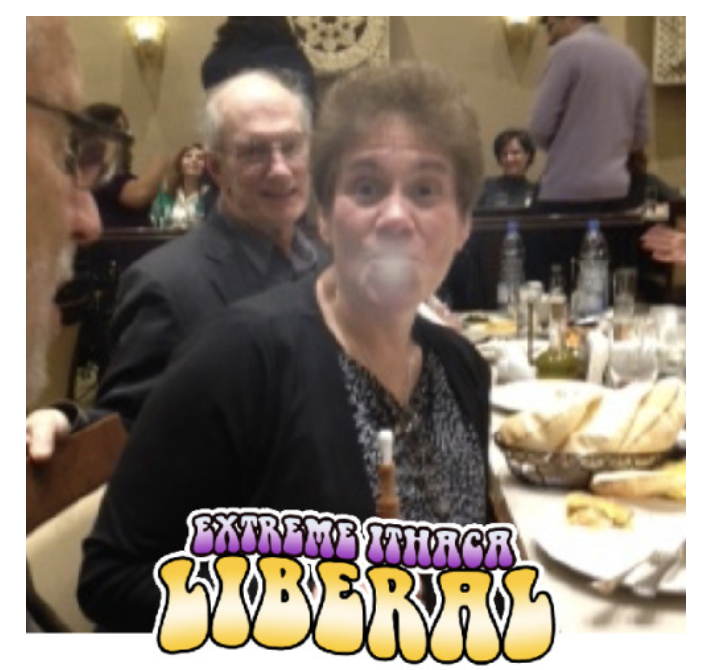 Mitrano recently reversed her prior position supporting a gun registry, but only after she won the primary. In upstate New York gun control is unpopular. Opposition to Governor Cuomo’s SAFE Act is a huge motivation for voters. This has the potential to be a very big issue in the campaign. Reed has made support for the 2nd Amendment central to his campaign.

Mitrano Promotes A Portion of Her Internal Polling

Seeking to stir hope among her supporters, Mitrano recently released selective portions of her campaign’s internal polling. But the way in which the information was released raised more questions than it answered.

Update: The poll was conducted July 20-21, according to a campaign source with detailed knowledge. The 354 polling sample was determined after eliminating incomplete responses, respondents outside of NY-23, and non-registered voters.

The poll results were segmented the results by age, gender and Post-stratification targeted ethnicity, age, race, and 2016 presidential vote.

However, Reed, who has been in office since 2010, is known by 81 percent of district voters, according to the poll. However, the online poll conducted around the time of the June 26 Democratic primary is short on many details.

“These numbers underscore what I’ve been hearing from voters throughout this district: Tom Reed cannot be trusted,” Mitrano said. Voters want “someone who will be working for them and not corporate special interests,” the candidate said….

So right off the bat, the partial release raised numerous red flags, including as to time period (late June), sample size, and methodology.

The statistic used to measure favorability when Mitrano promoted the results on social media was Reed’s “Very favorable” rating. As readers undoubtedly know, it’s common to have multiple levels of favorability or unfavorability, such as Somewhat Favorable, Favorable, or Very Favorable (or at least two of those). Mitrano has not disclose the total of all the favorables, only the “Very Favorable” number. That’s suspicious. 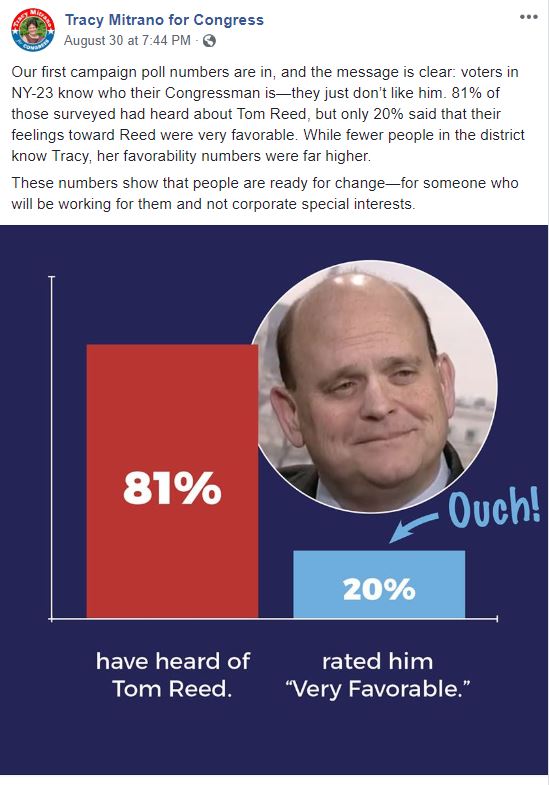 That Facebook post about the poll as of this writing has over 1000 likes and 300 shares, which is exceptional for Mitrano’s page. Most posts get double digit likes and shares.

Mitrano has shared the same narrative on Twitter, where it has gained more traction than most of her tweets: 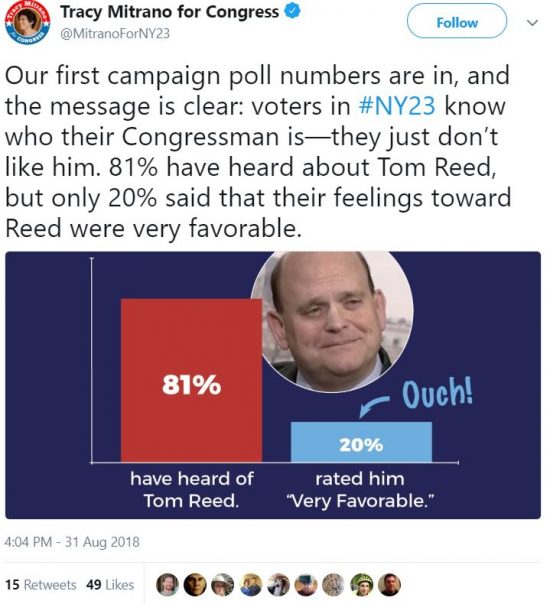 Mitrano also has been pushing the internal polling favorability narrative in her public appearances as well, as The Evening Tribune reports:

Mitrano cited internal polling to allege that her opponent Tom Reed (R-Corning) is unpopular, even with normally supportive Republican voters, saying that those who knew both candidates gave her a 12.11 point edge in likability.

“I have a feeling that that’s going to hurt,” she said to a round of applause.

Mitrano speculated that Reed’s popularity gap stems from having “ignored” the basic ingredients of attracting long-term investment in the region.

Mitrano Will Not Release Full Poll

The scant information released, and the unusual way the favorability was presented, led me to contact the Mitrano campaign for more information. While some information was provided, the campaign refused to provide the questions asked and answer choices

Saw the report on Upstate Politics regarding your internal polling. I may write about it and would like to see the full polling, including the portion showing what percentage of people polled support you versus Congressman Reed.

Would you please email it to me?

Thank you so much for reaching out about this. We are keeping the poll and crosstabs internal but I would be glad to share the results of that question.

When asked to choose a candidate for Congress, 29% said Tom Reed, 22% said Tracy Mitrano, and 49% said they would not vote.

That was a strange way to present results, since normally people who tell you they will not be voting are not included in the poll results. So I pressed for more information as to methodology and details. Here was the response:

Below is some information on methodology:

Registered voters in New York’s 23rd Congressional District were solicited, between July 20-21, in a survey conducted in English.

Incomplete responses, respondents outside of NY-23, and non-registered voters were filtered out, leaving a sample of 354. Sample demographics are close to this population for age, gender, and ethnicity.

So basically, the data was massaged to take an unrepresentative sample, and make it representative. But we don’t know the details of how that was done.

This still left open what the results provided meant, so I pressed on

I never received an answer to those questions.

I noted to Fields that there is a NY State Election regulation prohibiting partial release of polling data by candidates, and asked whether the campaign believed the law didn’t apply:

Following up on this, hoping to write about it for tonight, so if you could respond that would be appreciated.

I hope in light of the law you will reconsider, and provide me with the full polling questions and results.

The response was disappointing to say the least:

Federal laws on political polling override the state statutes as this is a federal race. Please do not threaten our campaign.

I have given you the statistical data on the question you asked about. When asked which candidate respondents would vote for, 29% said Reed, 22% said Mitrano, and 49% said they would not vote.

There was no threat to the Mitrano campaign. That such an accusation would be made based on a request for the campaign’s position on the New York Election law calls into question whether the Mitrano communications team is ready. [Whether the NY State Election law provision is preempted is something I doubt, but will look into further.]

This all shows that in addition to all its other problems, the Mitrano campaign is not ready for prime time. It leaked select, and arguably misleading, portions of its internal poll, then refused to release the full poll to put what it leaked in context.

What Details Mitrano Did Provide, Show a Big Reed Lead

But there’s a bigger problem.

Let’s look at the numbers the Mitrano campaign provide to me:

When asked which candidate respondents would vote for, 29% said Reed, 22% said Mitrano, and 49% said they would not vote.

I’d much rather see the raw data and full poll result. But all I have is what the Mitrano campaign has provided, which shows that Reed has roughly a 58%-44% lead. That actually makes sense. It’s about the margin of Reed’s victory in 2016.

So it’s clear that the Mitrano campaign’s internal poll, being spun to supporters as good news, is actually horrible news for Mitrano.

Maybe that’s why the DCCC is staying out of the race.

So where are the Dems actually spending their ill-begotten bucks?

Obviously not in Beauty Parlors if this chick and Nellie Ohr are examples!

This is all about fundraising because they are broke. Look at Beta…he doesn’t even really try to debate or campaign in Texas.

I completely agree. It seems like they are taking the districts that impossible to win and using those races to put forth candidates who will pull the extreme left dollar$$…. that they will then transfer to races that do have a chance of winning.

The poor far left. Always a one-night stand and never a bride.

As a resident of the 23rd district he has VERY strong support in part because he shows up all over the district all year long when not in D.C. He’s not known to take paid junkets (vacations) on the tax payers dime but puts his face time with those in his district. He never dodges the hard questions and gives answers with background. You may not always agree, but he listens and interacts. On the big issues, he represents us well.

This is good news: a representative that actually represents.

Is this the Tracy Mitrano who used to blog on Inside Higher Ed? If so, I can’t think of anything I ever found interesting or reliable in her posts.

Probably. Reading between the lines of the article in the Cornell Sun was quite amusing. http://cornellsun.com/2018/07/12/alumna-tracy-mitrano-wins-primary/