False Flag? Judiciary Committee held multiple interviews with man claiming he, not Kavanaugh, had the incident with Ford

False Flag? Judiciary Committee held multiple interviews with man claiming he, not Kavanaugh, had the incident with Ford 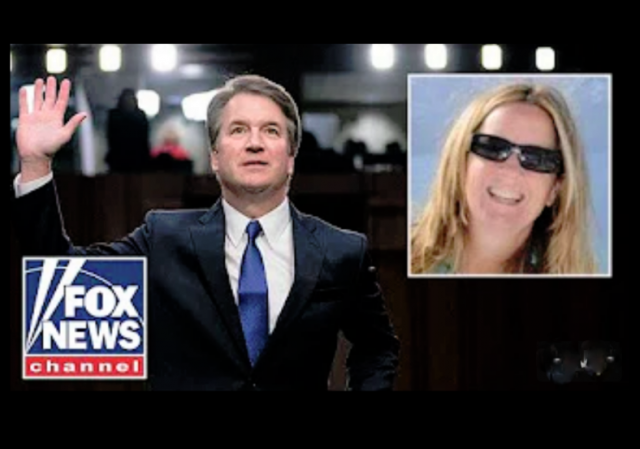 Documents published by the Senate Judiciary Committee late Wednesday night show a bizarre twist in the Kavanaugh hysteria — the committee spoke with two men who believe may the culprits in Ford’s accusations, not Kavanaugh.

Whoa. Senate Judiciary Committee Republicans say they have spoken to two men who think they, not Kavanaugh, had the 1982 encounter that formed the basis for her sexual abuse claim. (These tables are from a timeline the committee majority published 15 minutes ago.) pic.twitter.com/tjz3CSQUUL

The Senate Judiciary Committee just sent out a timeline describing how they responded to the allegations against #SCOTUS nominee Brett Kavanaugh. It appears to indicate they've been in touch with two men who believe they had the "encounter" with Christine Blasey Ford pic.twitter.com/4cHn4j1DXw

Judiciary is also talking to someone who thinks he forced himself on Dr. Ford not Judge Kavanaugh pic.twitter.com/NJGRyMiW47

-an anonymous claim of rape fwded by Harris’ office
-two intvus & a written statement from a man “who believes he, not” Kav, assaulted Ford in 1982
-phone intvu w/a 2nd man who believes same as above

Ford is scheduled to testify before the committee tomorrow morning at 10 AM ET.

The late-night document release has Democrats and their media mouthpieces furious.

Democrats are furious over how Diane Feinstein has handled things https://t.co/hTunVlS8Il

And, naturally, the committee chose to disclose all of this at 10 PM-ish on the night before she testifies. https://t.co/8ZQChefM3M

The self-awareness fail is strong. It’s not like Sen. Feinstein waited until right before the first scheduled vote to drop Ford’s accusations or anything.

Even you must wow pic.twitter.com/M68VQi8TBS

They should have sat on it for six weeks instead

Anyway, the claims of these anonymous men have not been confirmed by any source we have access to, at least not at the time this post was published.

It’s hilarious that guy is complaining about the last minute release from the Republicans.

And wow if it turns out one of those guys is the person who Ford is talking about and she named Kavanaugh on purpose or by mistake that all but guarantees Kavanaugh will be seated as a Justice on the court.

The other two accusers are obviously junk accusations.

Hillarious if one of them is the guy named by Whelan. Did anyone ener name the person who lived at the house where the alleged incident occurred.

No, I am Spartacus!

Wait a minute.
I thought I was Spartacus.

Or the majority could have released the information after the testimony rather than before, having investigated up to the last minute that would be considered fair by an impartial… …never mind. Obviously they’ll be attacked for being unfair for deigning to investigate after Grassley publicly announced he would.

There was speculation that the democrats would stage a walkout a d set up a press conference at another venue.

The confessions rather short circuit that strategy.

Regardless, someone won’t get much sleep tonight.

The Democrats have backed themselves into a corner on this one.

They have been banging on about how we have to believe all victims if sexual attacks!!

Now this comes along and I’m wondering just how much Democrats will be clamouring around the concept of “we have to believe potential sex attackers claiming responsibility for their actions!!

Yeah, probably not so much…I dare say suddenly the 35+ year gap will magically be a problem.

Interesting though isn’t it. Even if Republicans have evolved a spine and “created” this person how can democrats ignore his testimony given their all in approach for another person who has probably just as much evidence to back her up as this guy.

False confessions are pretty common. They are also the stuff of Agatha Christie.

But it would be dangerous for Kavanaugh to bring forward a false confessor.

The Dems believe that the FBI should investigate. Nevermind that the role of the FBI in background checks is to gather information, not investigate. It’s the jobs of the committee staff to investigate.

We now see that the Republican staff has been busy investigating. Now let’s see what the Dem staffers have been doing.

Possibly these guys are straight up. Or possibly they are being hung over the Dens’ heads to scare off Ford. How good really is her memory? Was that really Kavenaugh? As a psychologist, she should know how fallible human memories are. Does she really want to have these two guys coming up after her, showing her to be a partisan hack, instead of a skilled psychologist? The Dems really can’t complain about the timing, since it was driven by Feinstein sitting on the Ford accusation for that critical six months, and these are rebuttal witnesses against a late sprung witness by her side. So, my prediction is that Ford no-shows today.

Oh, she’ll show and be assured that sometime during the proceedings she’ll break down in tears just to show that Republicans have not called a cease fire in their war on women

If you believe the details of her behavior in high school is there not the possibility that they were both right but about differing incidents?

There has always been the problem of where the party was. Whose house?

Where is the guy who lived there? How did she get home?

So… this is just like wayward congress critters. These 2 guys get access to $15 million tax dollars to pay off the girl(s) they allegedly assaulted. Right?