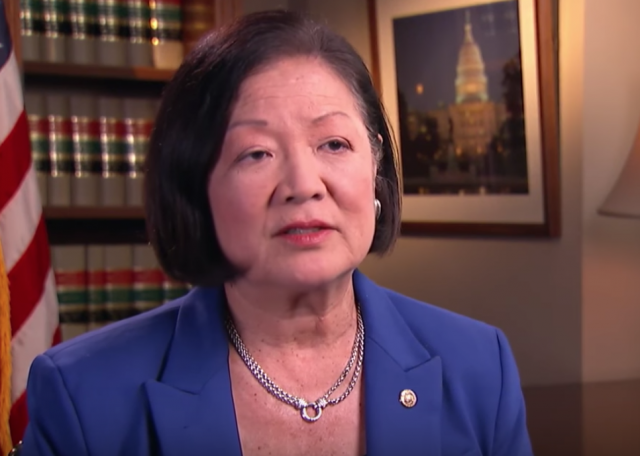 Democrat Senator Hirono of Hawaii used Ford’s testimony before the Senate Judicial Committee as an opportunity to fundraise for her re-election campaign.

here come the fundraising-off-Kavanaugh-hearing emails — less than 30 minutes into opening remarks, this one from @maziehirono: pic.twitter.com/AOTEghweoG

Getting busted prompted an apology from Hirono’s campaign a little over an hour later.

“A fundraising message was sent this morning in error,” read an email signed by “Team Hirono.” “We apologize sincerely for the error. All contributions that were made on this page will be donated to organizations helping survivors of sexual assault.”

Hirono is not the first Democrat to use the Kavanaugh hearing to raise money.

Sen. Jeff Merkley, who filed a lawsuit on Wednesday to stop the Senate vote on Kavanaugh, also sent an email to his list about the lawsuit, asking supporters to donate between $5 and $50. Unlike Hirono, though, Merkley doubled down on the email, calling it nothing more than him “speaking with my own base.”

“Well, very simple thing is all of us keep our constituency informed about what we’re doing. We ask for support if people agree with it,” he told CNN on Wednesday, adding that if people “want to support me, that’s separate from the issue here before us of a violation of separation of powers.”

“Went out in error.” Suuuuuuuuure.

That’s certainly not what the context of the emails suggests.

I watched this horrid wretch and am not surprised by her disgusting and intellectually dishonest performance.

“Our re-election”? Who is this woman, Queen Victoria?