Earlier this week, state prosecutors dropped the ball, resulting in the dismissal of child abuse charges for 3 of the 5 suspects 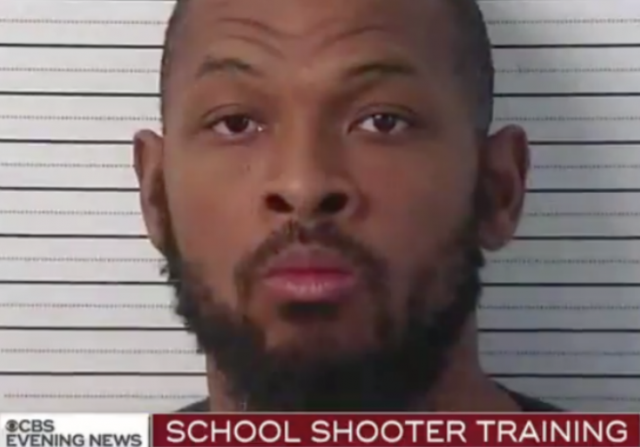 The FBI has arrested all five Muslim extremist suspects connected to the New Mexico compound that was raided by authorities, according to a report from Fox News.

The FBI on Friday announced that it has arrested all five “extremist Muslim” New Mexico compound suspects, just days after multiple charges were dropped against those involved. The suspects were charged with violating federal firearms and conspiracy laws.

“The defendants, Jany Leveille, 35, a Haitian national illegally present in the United States, Siraj Ibn Wahhaj, 40, Hujrah Wahhaj, 37, Subhanah Wahhaj, 35, and Lucas Morton, 40, are charged in a criminal complaint that was filed earlier today in the U.S. District Court for the District of New Mexico,” the bureau said in a statement.

Wednesday, child abuse charges against 3 of the 5 suspects were dismissed after the prosecutor dropped the ball.

Which was extraordinarily amazing given the horrific details of abuse that have been reported thus far.

Eleven children were removed from the compound, all malnourished, and remanded to state custody. The remains of a missing three-year-old boy were later discovered at the compound.

The whole ordeal is… strange. Shortly after the compound was raided, authorities destroyed it.

Man, the feds are really reaching with this. From what I understand, all the firearms were legally purchased and just because they were at the compound in Amalia doesn’t mean she was in possession of them. They’re going to have to prove the other 4 knew she had overstayed her visa 20 years ago and was here illegally and they’re going to have to prove she actually used the firearms.

Since when have the niceties of the law ever deterred Federal prosecutors?

This isn’t about getting a conviction, it’s about holding these crooks without the opportunity to run back to the ME until the state of NM can get its’ act together.

“Run back to the Middle East”?! None of them are from there. Four of them are just as USAn as anyone here, and the fifth is Haitian.

Oh, I forgot to add, Jany Leveille started working as a secretary for the Masjid Al-Taqwa mosque back in 2008. I’m sure this isn’t the first time she’s crossed the Fed’s radar… why didn’t they do something about her illegal status before now?

It looks like someone if the FBI has realized they have other jobs to do other than try to overthrow the President.

Whatever the reason, getting these animals off the streets is a worthwhile goal.

This may be a means of buying time. With the local charges in limbo the suspects are free to travel and when NM authorities get around to recharging (assuming the judge gave them leave to do that) they would be, technically speaking, in the wind.

The fibbies stepped in with some tenuous charges against the five to keep them in custody. The time it will take to get anything going in Fed court will give the locals the time they need for the do-over.

I’m pretty sure this is a response to public outcry and the incompetence of the 8th judicial district. I just can’t see it really going anywhere.

That could end very badly for the federal government and the public.

There were abused kids, and a dead kid.
Anyone who didn’t actually do it is an accessory.

Thanks for reminding the other commenters about the children. Taking children across state lines to molest and/or kill them seems to be a federal crime.

And where are all the SJW’s, government and private agencies, celebrities etc who always lecture us about caring for the children? They have avoided this story completely.

Based on what they claim is on the flash drive and interviews with the children, they actually have a good chance at getting prosecutions for abuse against the adults. They’d have a better chance if our DA wasn’t handling it. There have been a couple of high profile abuse cases in the state and the outrage is still very much alive.

And just in case anyone thinks only Taos county public officials are completely incompetent, the criminal complaint filed against the 5 adults in federal court is for Santa Fe county, not Taos county. https://www.justice.gov/file/1091346/download

My first thought was, “Oh, look. Someone in the FIB saw on opportunity for some GOOD press.” I spent almost my entire career in law enforcement, and the depth of my cynicism about the federal agencies shocks even me.

Didnt one of them speak at mccains funeral? (Or was that just odumbo?)