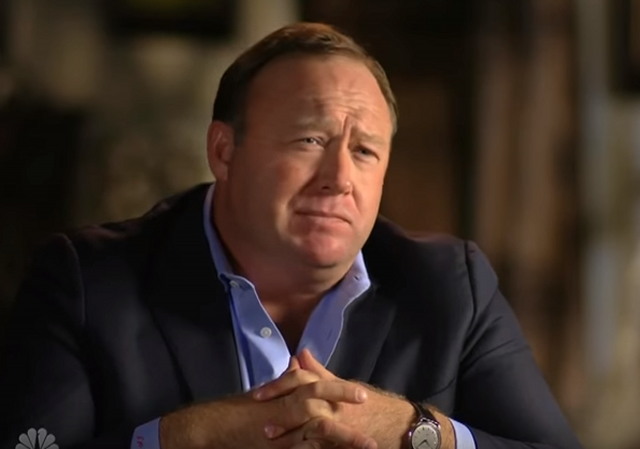 Do you think this would ever happen to anyone who follows CNN’s Van Jones, Rosie O’Donnell or anyone on the left who is a 9/11 truther?

If you want to know why Bradley Shear is pushing Congress and the states to crack down on social-media snooping by colleges and universities, ask the lawyer about the Alex Jones case.

One of Shear’s teenage clients was denied admissions to a prestigious college after the admissions officer ask him why he followed the InfoWars conspiracy theorist on Twitter, according to Shear.

The student didn’t interact with Jones or himself promote conspiracy theories – he simply followed a controversial personality.

Shear did a digital background check on the interviewer and learned she is a “follower” of socialist politician Bernie Sanders. The lawyer informed the admissions director about the apparent bias against his client.

The college “quickly resolved the situation to my client’s satisfaction” to avoid “negative publicity” about judging an applicant not for what he’s done, but who he tracks online, according to Shear.

Informed by previous incidents like this, Shear helped draft a privacy bill that became law in Maryland in 2012.

It prohibits employers from even asking employees or applicants to disclose their login credentials for a “personal account or service,” or threatening them with discipline for refusing to hand over their passwords.