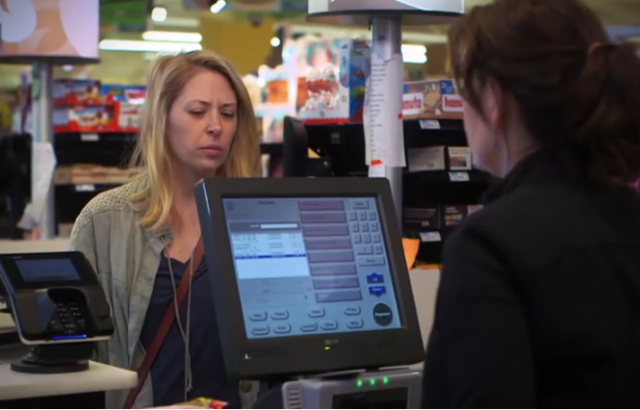 There is a fascinating new analysis showing that despite the American unemployment rate at historically low levels, there has not been a significant drop in food stamp use.

But while the economy has improved dramatically, food-stamp enrollment has not, declining just 17 percent while the unemployment rate fell three times faster — 62 percent.

Why the disconnect? Critics say states are milking the Supplemental Nutrition Assistance Program (SNAP), overstating their needs, while the Trump administration is approving state “work waivers” it doesn’t have to.

“We have almost seven million open jobs across America,” said Foundation for Government Accountability executive director Kristina Rasmussen. “Employers are struggling to find workers. Yet we have people sitting on sidelines in part, because they can — on food stamps.”

California, the capital of the #Resistance, has taken advantage of the waivers...big league.

Despite 10-year-low unemployment, California took advantage of loopholes in federal regulation to keep more than 800,000 federal welfare recipients from having to work.

This conclusion is based on the response of the U.S. Department of Agriculture to an application to waive SNAP’s work requirements for 55 of California’s 58 counties, issued to the state in July and recently obtained by the Washington Free Beacon.

California’s waiver, which will last until August of 2019, exempts more than 800,000 able-bodied, childless Californians from having to work while on SNAP. This in spite of the fact that California’s unemployment rate—4.2 percent—is at its lowest level in at least 10 years.

The Washington Free Beacon crunched the numbers, and looked st the loopholes that relate to able-bodied adults without dependents, deemed “ABAWDs”. These individuals are required under law to work at least 20 hours a week, or spend equivalent time in education and training programs, in order to continue receiving SNAP benefits.

This meant that the 55 counties had a cumulative unemployment rate of 5.9 percent for the two-year period, compared with a 4.95 percent rate for the same period nationwide. This, USDA concluded, was enough to garner a work waiver.

If our bureaucrats could use this level of ingenuity in protecting our borders, assisting our businesses, maintaining our infrastructure, and keeping our streets clean, California would be the Golden State again.

Perhaps it is time for President Trump to step in and speed up the passage of his proposed program to replace a portion of SNAP benefits with food, which could then replace some of the California SNAP benefits with food, such as government cheese and turnips. It appears that the Congress is set to take up the proposal in September, as part of a Farm bill.

…While Trump has not gone so far as to threaten a veto against the bill, he has convened congressional leaders to express his strong support for SNAP changes. And he previously tweeted, upon the passage of the House farm bill, that he was “so happy to see work requirements included.”

Democrats and socialists (which are only a hair apart) are professional thieves. If they’re gonna steal, you can’t be surprised that they’ll lie too.

Just attach an atm to the voting machines and dispense cash when they vote democrat.

Other peoples money. And they keep bragging how rich the State is. Incredible.

SFO is doing its part in creating new jobs for them. 70K a year and benefits to shovel sh-t. They probably get food stamps, too.

Not to mention replacing cash benefit (SNAP) with actual food would be a return to earlier food programs for the indigent. At least as late as the early 70s (IIRC) people lined up for surplus ag produce, could have continued later than that, but I was no longer in a location where I could see the line.

The program you are speaking of is separate from the Food Stamp Program. You are talking about USDA Commodities. That program still exists, though it has been somewhat modified. Commodity foods are generally distributed through local food pantries and Food Banks.

The only real changes that has taken place in the Food Stamp program since the 70s are:

1. At one time recipients were required to pay for their food stamps. Now Food Stamp recipients do not have to buy the food stamps, but they receive less than they did before.

2. The older Food Stamp coupons have been eliminated nationwide. These days SNAP benefits come on an ATM like card that can be used ONLY to purchase food items. In most states those who also receive Welfare benefits get those on the same ATM-type card, but the accounting is separate. Thus, you might see someone paying for toilet paper with their Food Stamps but they are not actually doing so. They are paying with their cash benefit.

3. In some states the elderly and disabled get their food stamps as a cash benefit in order to allow them to access paid nutrition programs like Meals on Wheels. (Meals on Wheels is not free. The suggested donation in my locale is $5 per day.)

I’m so proud of my state! We save little fish and spotted owls (at the expense of food crops and timber), protect the seas from straws and plastic bags (though our garbage is only a time percentage of the pollution in the ocean) and give money to able bodied people without them working! Next we’ll welcome all the people of the world to our land for free schooling and hey – we’ll even let them vote! Wait – we already do that? Wow we are so forward-thinking. What could possibly go wrong?

It makes me wonder what it’s going to take to get every last conservative to give up and move elsewhere. Maybe fascist thugs going door-to-door looking for Republican voters to lynch?

You just wait, the Politicians in California are buying their elections with freebies, and soon enough they will be calling for a Federal Bail-out.

At which point the rest of the nation should stand up and very vocally shout ‘HELL NO!!!!’