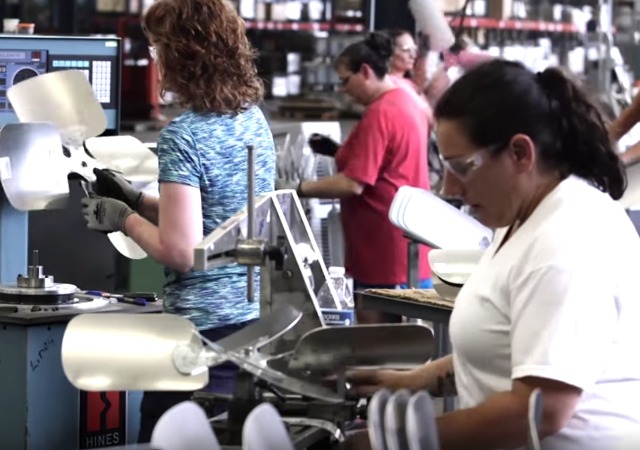 Economists estimated 190,000 new jobs in July, but the month only added 157,000. Still, that’s not bad considering unemployment went down slightly to 3.9%.

Despite not meeting expectations, the jobs report still shows a growing economy as “job creation over the past three month remains about twice as high as needed to keep unemployment trending down.” It helps that hardly anyone has faced layoffs, which obviously helps the unemployment rate.

51,000 of the jobs came from the professional and business sectors, which means those sectors have added 518,000 in the last 12 months. 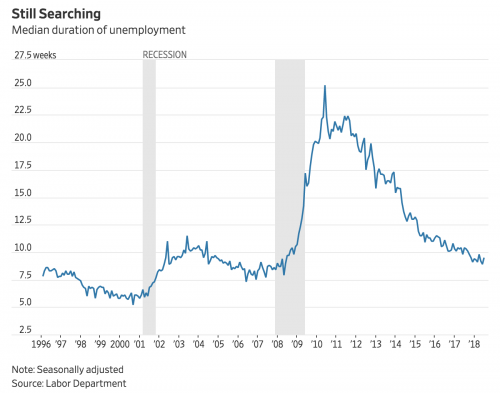 The employment-population ratio, another broad measure of labor- market health, rose to 60.5 percent from 60.4 percent.

Another positive sign was the U-6, or underemployment rate, which fell to 7.5 percent from 7.8 percent; the gauge includes part-time workers who’d prefer a full-time position and people who want a job but aren’t actively looking. People working part- time for economic reasons fell by 176,000 to 4.57 million.

The average workweek for all private employees decreased to 34.5 hours, from 34.6 hours. A shorter workweek has the effect of boosting average hourly pay. 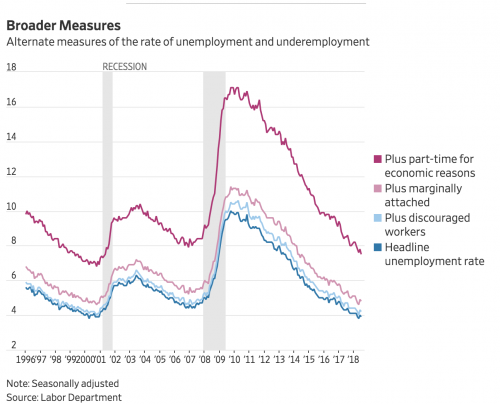 Analysts haven’t embraced this jobs report as much as they did with June’s report. From The Wall Street Journal:

The jobs added number will be revised next month as it is every month.

Come on Trump, get some serious welfare reform in place and watch that U-6 number drop like a rock

And oh yeah, build the wall. Since we’ve decided to run a welfare state we can’t have open borders too.

Many people in that 21% welfare percentage are unemployable. They lack basic math skills, cannot write well, do not speak clear English, are low intelligence, and have attitude problems. Some are violent, if they feel disrespected , they are perfectly capable of assaulting a customer or their employer.

A little while without free housing, cell phone, low cost internet and food would mellow most attitudes out.

So the government should confiscate my earnings in order to coddle them?

And by the way, the attitude problems and violent tendencies are the only items in your list that should disqualify someone from a job. There are millions of manual labor jobs that the others would qualify for, if they weren’t being taken by illegal immigrants.

The guys who make the predictions and the guys who make up the employment figures really have to start talking to each other. It’s not that tough to do. Even those hammerhead leftoid reporters managed to coordinate their fantasies with JournoList.

We could be in the perverse situation where so many people have been employed that there is virtually no one left to hire! 🙂

OR so many people died during the great net neutrality kill off, the Obama care semi-repeal, the tax crumb reductions etc that there literally is no one left alive to be hired.

notamemberofanyorganizedpolicital in reply to mailman. | August 3, 2018 at 2:07 pm

That’s what technology and inventions are to do – replace low-value added job positions. You know, such things as hamburger flippers and order takers…etc…..

As the glass fills… and no longer the half-full versus half-empty arguments… the Left will shout.. “but it’s not OUR glass!”

On my drive to work, a local truck dealership has a new, full billboard advertising for a diesel truck mechanic replete with a quick list of excellent benefits.

Anectdotal? Yup. But these signs weren’t out in front of these various businesses 2 weeks ago.

Even my own employer, which is part of a huge multi-national conglomerate recently bemoaning Trump’s onerous tariffs, has a recent spate of job listings for white & blue collar job offerings.

Again, anectdotal, but sumpins up. Biggly.

notamemberofanyorganizedpolicital in reply to locomotivebreath1901. | August 3, 2018 at 2:11 pm

Transport indices are going off the rails!

Last week I was stopped at railroad crossing in a big fly-over country city.

The train had 5 engines pulling it, and I counted over 121 railroad cars of all types. This was in the middle of the work day also!

notamemberofanyorganizedpolicital in reply to Real American. | August 3, 2018 at 2:09 pm

Well the Dems are doing their best to kill it all.

“Report: Dianne Feinstein’s Aide of 20 Years Is a Chinese Spy
—Ace of Spades”

How many is that using Obamas’ “how many jobs did you save or create today” measuring stick?
That still pisses me off. This is why they’re called fake news.