Richard Nixon was president last time claims were this low. 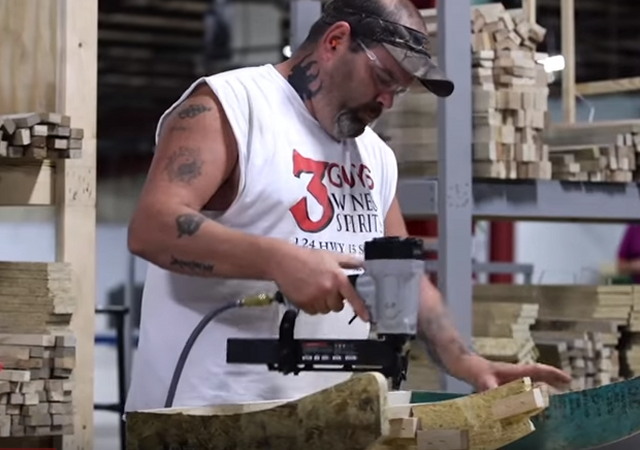 The Labor Department reported on Thursday that weekly jobless claims in America has dropped to its lowest level since December 1969. Economists predicted 220,000, but the number is actually 207,000.

From the Labor Department: 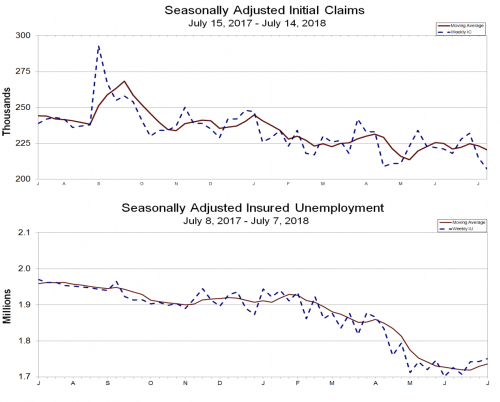 The number of Americans filing for unemployment insurance has been running well below 300,000, a level consistent with a healthy labor market. The claims figures are in sync with other reports showing employers are competing for a limited pool of qualified workers.

The Federal Reserve’s Beige Book, released Wednesday, showed momentum is building in the nation’s job market. “All districts reported that labor markets were tight and many said that the inability to find workers constrained growth,” it said.

Manufacturers do not know how the next six months will go, which shows that tariffs President Donald Trump has implemented and the tariffs from other countries has stated to sour moods.

The Washington Examiner said these stats may convince the Fed and President Donald Trump’s “administration that new hires are increasingly unlikely to come from the pool of unemployed workers.” New employees may come from those who are not looking for jobs:

“The irony is that factories cannot be brought back to America for now because there are no workers to man the machinery and tell the shop floor robots what to do,” noted Chris Rupkey, chief financial economist for MUFG. “The economy is at full employment is what jobless claims are screaming and there is no one left in America without a job.”

Over the past three months, the economy has added an average of 211,000 new jobs. That is more than twice as much as needed to keep the unemployment rate falling.

And those are absolute numbers.

The per capita jobless claims must be through the floor.

There are people who are unemployed but not looking.

Some numbers tell us they are beginning to come back to the jobs market. No immigration to help employers. Use Americans or give it up!

Also, our benefits programs disincentivize work and that needs changed.

Not real. Those are Russian bots trying to interfere with the midterm elections.

I may start a blog to get the word out. Iowahawk is hoarding all the fun.

Can you imagine how hard the fucking liberal supporting democrat media would be coming in their pants had the black baby jesus had these kinds of numbers from an economic boom inspired by him?

But since this is all at Trumps feet where are these feckless c8nts in the media? Oh thats right…still blowing their load over Trump conceding everything to Putin, including the kitchen sink.

speaking of good news, Democrats hardest hit – Another big climate change lawsuit just got tossed out of court, this time in New York. That’s 3 in a row, 3 to go. The next 3 (Washington State, Colorado, Rhode Island) should all be tossed for the same reasons. Even if, for some reason, a rogue judge decides to let one go through, an appeals court will kill it.

Why do I have to keep reminding people there are grandmas here!

Because when boys can’t see the grandmas, they talk like it’s just the boys. I apologize for the lot of us, and will endeavor to do better.

Quick: bring back Beta Barry and his bevy of beta bolshevik bozos!

**Richard Nixon was president last night claims were this low.**

Nixon was president last night?!! I coulda sworn he died a few years ago!

Re manufacturing labor shortage: see the item above about the oil boom in Texas. Oil industry luring workers from lower paying jobs. The same will happen with manufacturing. The writers of these stories apparently don’t understand basic economics.