Stormy Daniels Attorney Michael Avenatti: I’ll Run For POTUS In 2020 If “No One Else Has A REAL Chance”

Stormy Daniels Attorney Michael Avenatti: I’ll Run For POTUS In 2020 If “No One Else Has A REAL Chance”

“To those that claim that only a traditional politician with “experience” can beat Trump, go back & look at the results from 2016″ 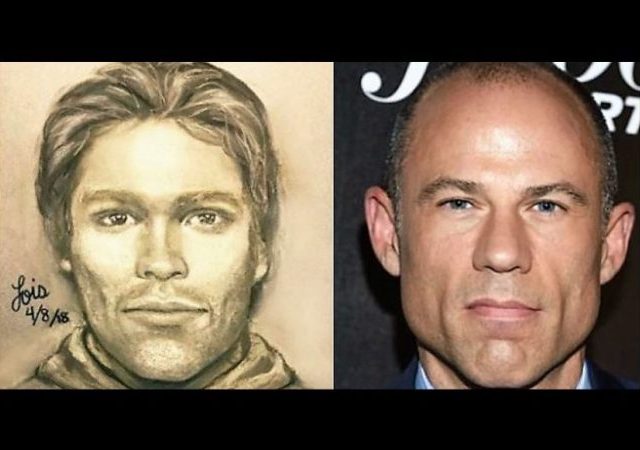 We all know the Stormy Daniels story is not about Stormy Daniels.  It’s been about undermining President Trump (not that this has happened because no one cares about his having a consensual one-night stand a decade ago), but it seems that it may also be about Daniels’ attorney, Michael Avenatti and his own political aspirations.

Avenatti, as you may have guessed, has declared that he’ll run against Trump in 2020 if he deems no other Democrat candidate viable.

Off topic – the candidate in 2020 better be a take no prisoners street fighter who is prepared to go 15 rounds in a VERY brutal campaign. It will be a cage match like no other in modern times. The future of the republic may depend on it.

Who can possibly be the only one who fills the Avenatti “take no prisoners street fighter who is prepared to go 15 rounds in a VERY brutal campaign” bill?  Why Avenatti, of course!  But only if he’s forced to run . . . you know, to save the republic and stuff.

IF (big) he seeks re-election, I will run, but only if I think that there is no other candidate in the race that has a REAL chance at beating him. We can't relive 2016. I love this country, our values and our people too much to sit by while they are destroyed. #FightClub #Basta

Attorney Michael Avenatti, who represents pornographic actor Stormy Daniels in her ongoing legal dispute with Donald Trump, said in a tweet Wednesday that he would consider running against the president in the 2020 election.

“IF (big) he seeks re-election, I will run, but only if I think that there is no other candidate in the race that has a REAL chance at beating him. We can’t relive 2016. I love this country, our values and our people too much to sit by while they are destroyed,” Avenatti tweeted on the Independence Day holiday.

During a CNN appearance later in the day Avenatti stood by his tweet, saying he had “three things” that he believes Trump lacks: “brains, heart, and courage”.

Avenatti sees a career in public office as pointless, so he’s got “ZERO interest” in these lesser jobs.

I am extremely flattered by the suggestions that I attempt to become AG or run for the House or Senate but I have ZERO interest in those jobs. None. I don’t want to become a career politician. We have too many as it is…

The top job, however, Avenatti doesn’t find beneath him.  After all, he’s not a “career politician,” he’s framing himself as the left’s answer to President Trump.  He’s not a politician, but so what!? Neither was Trump.

To those that claim that only a traditional politician with "experience" can beat Trump, go back & look at the results from 2016. He beat all 15 of those candidates that he faced (crushed many). If we go down the same path and are not smart, don't be surprised with the result.

Avenatti claims he’s hoping someone else whom he deems capable of beating Trump steps forward.  Interestingly, based on his description of this person, he is the only one who actually fills that bill:  a street fighter without political experience who comes up with Twitter hashtags even the regressive left mocks.  Okay, the hashtag thing wasn’t on his list, but it’s clear that Avenatti thinks a great deal of himself and is not kidding about running for president in 2020.

“So look, I hope somebody that’s competent enough to beat this guy — and that’s the question, who can beat him? I hope that person steps forward,” he added. “If they don’t, I will.”

There are about a zillion things wrong with Avenatti’s reading of Trump’s win, but it’s not necessary to look beyond the obvious.  Avenatti may rival Trump in ego and in showmanship, but Trump was not elected on either point.  Americans didn’t rush to the polls on November 8, 2016 to vote for the “reality TV star” or the biggest ego.  We rushed to the polls to stop the exact agenda Avenatti proposes.

Trump was elected to rewind the debacle of the Obama years, to fulfill his campaign promises, and to Make America Great Again; he wasn’t elected because he was a “street fighter” or whatever caped crusader vision Avenatti has of himself.

And lest you think Avenatti’s just kidding; he’s not.  His latest tweet sounds suspiciously like a campaign platform.

Solidly pro choice. Would never nominate a justice to the SCOTUS who did not believe in Roe or who would seek to outlaw same sex marriage. Fully support equality for women & people of all races, & gay rights. We don't separate families at the border. And we don't kiss-up to Putin

Perhaps it is time for Legal Insurrection and Ragspierre to part ways.

Your first comment is abusive and insulting — which is the sole tone you use when discussing Trump. As he is the president, and is leading a conservative agenda, he is likely to be discussed frequently in this site, with most of the audience approving of his agenda. Your abuse adds nothing, cheapens the discourse, and is likely to drive traffic away.

This is a set of falsehoods. I’ve posted approvingly of anything that T-rump has done that could be approved.

I critique what I find should be critiqued. That usually evokes “traffic”.

That’s catsup on a hotdog. Frozen soy product on a slice of homemade apple pie.

Are you black bloc?

Rags is by far the biggest source of falsehoods.

Rags can be fun, we know from some of his previous tantrums that his IQ is sub par, and that he resents it. Maybe he has similar issues keeping women happy 🙂

Maybe because you are very annoying?

Your T-Rump Cuteness puts you in the same category as the annoying kid on the Monk episode about the plane ride who kept annoyingly repeating the “Pete…repeat” nonsense.

I have noticed that you don’t seem to be posting as much here lately.

That is a good thing.

Please Pete and repeat that pattern!

I have noticed that you don’t seem to be posting as much here lately.

He’s single-handedly turned the “Forum” section into a desert. So, give credit where it’s due.

OMG, Franker, I loved that episode! I started watching Monk with my mom, and it soon became a favorite. After she passed, I ended up binge-watching it on Amazon Prime (this was before I quit Amazon). Anyway, your comment made me smile because I remember that scene so clearly. 🙂

And yes, there is a definite element of that annoying repeat-o kid in Rags. Too funny.

only if I think that there is no other candidate in the race that has a REAL chance at beating him.

Well … he could certainly give Evan McMullin a run for his (or somebody’s) money. Aside from that, I can’t think of much.

Stormy disappeared from view when her NXVIM tattoo was shown, and her tweet about joining a cult came to light.

What people don’t care about is undocumented accusations by people with agendas.

Somehow I suspected everyone referred to you as “On-the-Rags Pierre”, there would be push back, not least from you. But you are free to insult contributors to the site.

What a pity there’s no kill file function.

Fuzzy is an apostate. She was against Trump, voted against Shrillary by voting for Trump in a state that mattered (Florida) and then found the truth – Trump is a flawed human being, but not the devil portrayed by the never trump crowd. It’s like any other religion, apostates are the most vile to the true believers.

Rags is a hater, just like the entire prog culture.

Nah, I’m taller than you, just not fat.

People will forever associate Avenatti with his representation of an apparent extortionist hooker. It might be fun to see his tail kicked by Trump in the next election. Maybe he would whine as much as Hillary?

The crazy doesn’t stop there …

To paraphrase Andrew Branca: who cares what you say about anything?

Talk about believing one’s own press…

This guy is more deluded than barack and mooochelle out together.

” ‘During a CNN appearance later in the day Avenatti stood by his tweet, saying he had “three things” that he believes Trump lacks: “brains, heart, and courage”.’ ”

We’re not in Kansas anymore, Toto.

Are you still here pestering the humans, R-asspierre? You cannot learn, can you?

Rags rump was left behind by the Trump train.