Where are these illegal aliens getting these children? 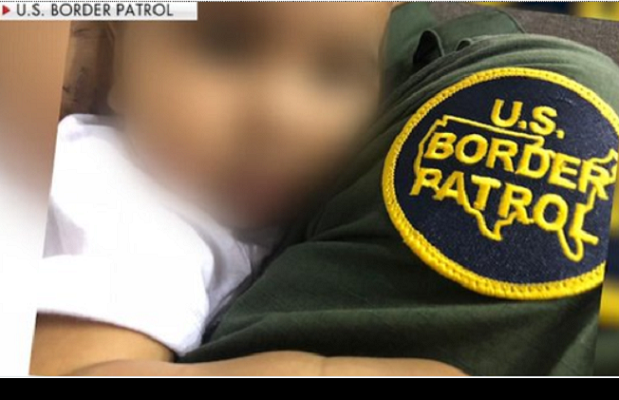 Democrats and leftists continue to demagogue illegal alien “family separation” as if it is something that just started under President Trump.  They’ve gone so far as to call for #AbolishICE, despite strong public and Congressional support for the agency.

Now their situation becomes even more dicey as their hysterical narrative is threatened. Border control agents report that increasing numbers of children are being used by illegal aliens as a “commodity” to avoid long-term detention.  The children are not arriving with their own parents, but are being claimed as such to Border Control.

That this uptick is happening while the open borders left is at their most rabid is unlikely to be a coincidence.  These illegal aliens appear to be taking advantage of the socio-political upheaval caused by the left’s latest outrage of the day.

As seems to be typical of the leftist propensity to respond with knee-jerk emotion and with little to no thought to any consequences, intended or otherwise, their latest ill-informed and misguided temper tantrum has apparently resulted in the victimization of children who are being brought into the United States illegally by adults claiming to be their parents.

Border patrol agents say they are alarmed by the growing number of migrants illegally crossing the border with children – who are not their own – to avoid long-term federal custody. https://t.co/iB2LNX52Pw

Like “family separations,” this use of children as “get out of jail free” cards has been going on for some time, over previous administrations.  However, the recent increase in their numbers appears to be yet another example of a leftist “unintended consequence” that anyone (else) could see coming from a mile away.

The recent uptick in these incidents is alarming to border control agents.

Border patrol agents say they are alarmed by the growing number of migrants illegally crossing the border with children – who are not their own – to avoid long-term federal custody.

A decades-old settlement, known as the “Flores agreement,” limits the amount of time U.S. officials can detain immigrant children – thus doing the same for their parents, which Ortiz said motivates many of the false relationships.

The problem became so prevalent that the agency began carefully tracking fraudulent family cases in the Rio Grande Valley, after agents noticed a heightened use of fake documents. In fiscal year 2018, Ortiz reported 600 instances.

It is not clear how these adults are procuring these children, but it seems unlikely that illegal aliens falsely presenting to U. S. Border Control children who are not their own as family members is in any way positive for the child . . . or for his or her actual parents, wherever they may be.

What a shame partisan propagandists have replaced investigative journalists; not too long ago, this would have been a story with Pulitzer potential.  Now?  It’s non-narrative-conforming, so down the memory hole it goes.

Not only is it not clear how these illegal aliens obtain these children, but often the child is too young or otherwise unable to explain to Border Control that they are not with family members.

Recently, border patrol agents rescued a 4-month-old Honduran child from a man falsely identifying himself as her father. In an interview with officials, he admitted purchasing the fraudulent document. Agents later discovered it wasn’t the illegal immigrant’s first time using a child to avoid long-term federal custody. In 2013, records revealed he smuggled an 8-year-old child across the border, claiming he was the father. They were released from federal custody because they received a family unit designation.

Ortiz called cases like this heart-breaking, putting young and vulnerable children at risk.

“We really are concerned, especially for those tender-age children because quite often they can’t communicate that they’re not with a family member,” he said.

Talk about heart-breaking.  Where’s the outrage over this actual travesty?

So basically, the Democrats talking points against family separation are enabling and encouraging illegal immigrants to kidnap children to use as props to avoid being detained.

By these Democrats who pretend to care so much about Teh Children.

I’m looking forward to watching them explain themselves to the American people.

They only care about thwarting Trump and any collateral damage be damned!

Where do they get these handy “get out of jail” kids?

It’s Mexico. They buy them.

Maybe even from the same businessmen who supply the fake documents.

Democrats are the worst people on the continent.

The Marxist party doesn’t care as long as they will vote D.

Obama encouraged the lawless to abduct children and bring them across the border as a means to an end.

If only there were a simple $10 test to genetically match children to parents.

…and once the child has been used, they may be discarded.

To the Dems, this is not a problem, it is a goal.

This is going to feed into Democrat Groomer Epstein and Bill & Chelsea’s frequent trips to Pedophile Island.

Chelsea: Who’s practicing? Es muy bonito. Come see diche would you like to meet my Dad and do a movie?