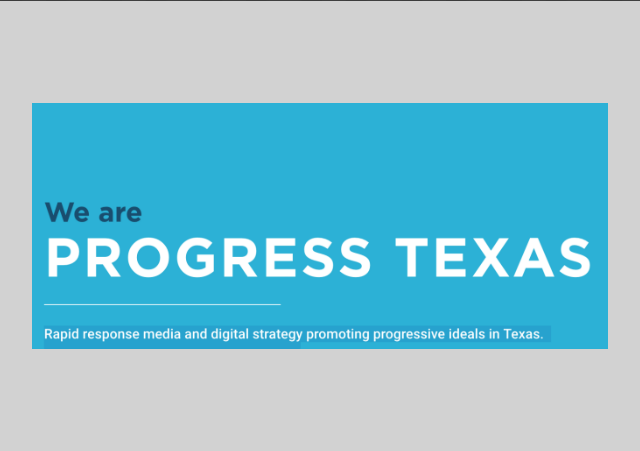 Progress Texas bills itself as a “Rapid response media and digital strategy promoting progressive ideals in Texas. We stand up for the left and fight the right.” 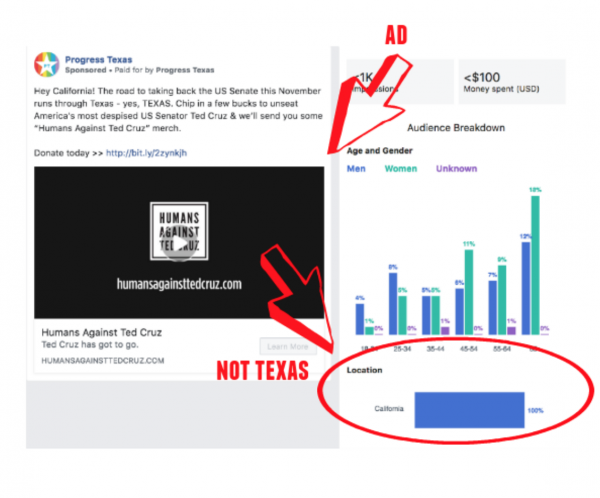 Surely it’s just the one ad… 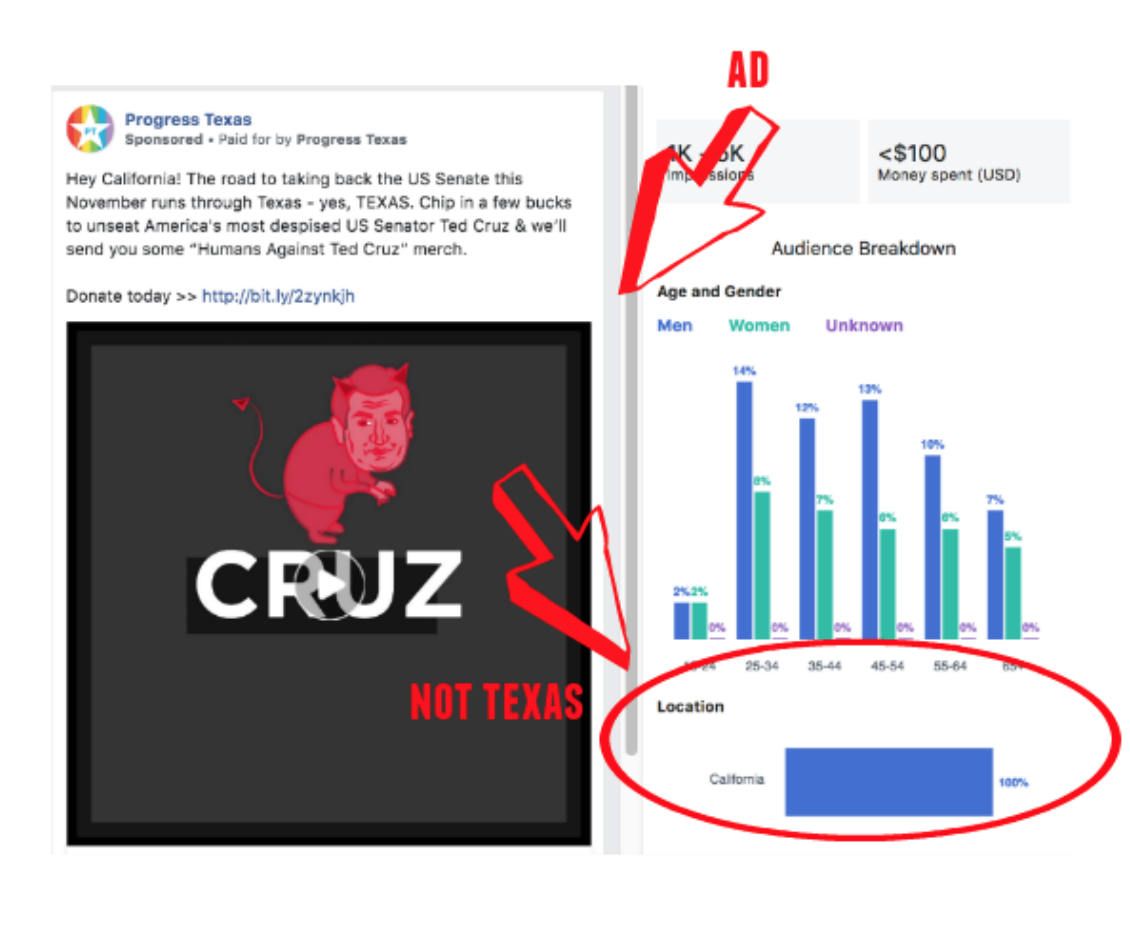 But what! There’s more! 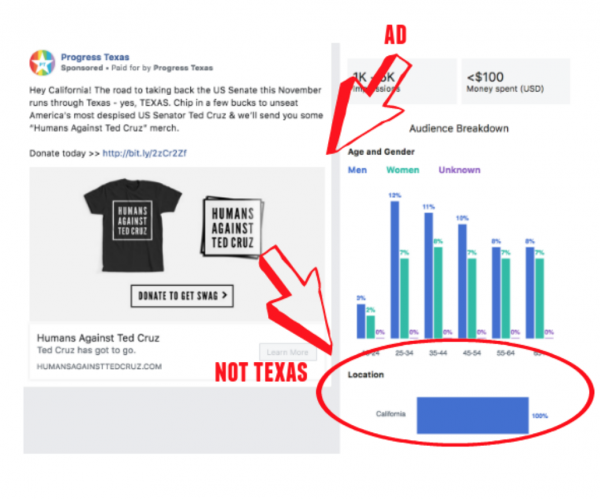 If this all sounds a little familiar, that’s because it is. Rep. Beto O’Rouke was just in California for a fancy fundraising dinner in, wait for it, California!

Because nothing says “Texas grassroots campaign” or “groundswell of local support” like fundraising in Hollywood.

If I was going to suicide a campaign, I can’t think of a better way than for a Texas candidate to collaborate with California fundraisers.

Texans hate hate hate that. You might as well run as a carpetbagger in Kentucky. Boyd Crowder would dump you down a mine shaft. Alive.

It also reveals a complete lack of political judgement on Beto’s part. No one wants an incompetent representing their interests in DC.

At this point I wonder if Beto is just staying in the race to fill his campaign war chest with dollars he’ll shift to private accounts after he gets humiliated I’m November.

Silly silly me, I actually thought Texas Dems would have learned something from the Wendy Davis debacle – but this is almost a perfect re-run.

But when I think about “political consultants” and all of the other campaign hangers on make a living by skimming off a big part of the campaign cash for themselves – well, California is where the money is, isn’t it?

And I’m remembering a quote from a big donor right after the end of the Hillary campaign, where he finally realized “we really might as well have just put all of our money in a dumpster and set it on fire”.

I am a Californian. I guess this means I need to donate to Cruz. Ha.

Not a close watcher of the Dem party strategy. But it sure seems like their go-to place for funding for almost every Congressional race in any state not solid blue is CA. At least for the big money needs. I guess they still get small individual contributions across the country. But clearly it’s not enough.

Heh, come November Cruz ought to send O’Rourke a nice bouquet of flowers and a card saying: “Thanks for the easy win!”

So, can Cruz just put out one of Beto’s ads with the statement “paid for by California liberals” at the end?