“Everybody in business does better when they have competition.” 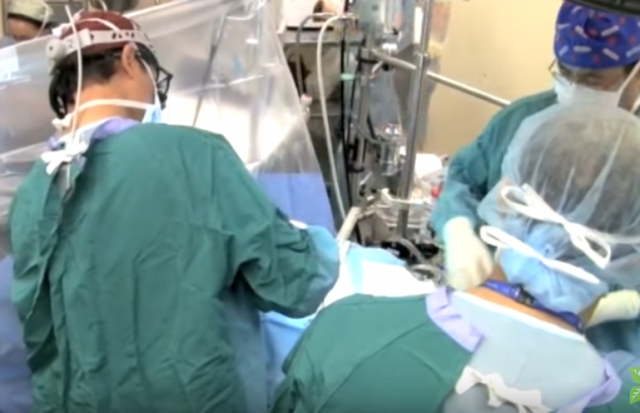 Research from Avalere Health, a healthcare consulting firm, shows that more insurance companies are adding Obamacare as an option, but in many cases, that’s going to mean higher premiums for some. From the report:

These findings are based on an Avalere analysis of the complete 2019 individual market proposed rate filings released publicly by 10 states and DC. “Insurers are starting to gain a better understanding of who is likely to buy their health insurance through the exchanges, but questions about the stability of the market remain,” said Matt Brow, president of Avalere. “This uncertainty is likely to contribute to substantial increases in exchange premiums across many states in 2019.”

According to Avalere experts, a popular choice among consumers from year to year is the silver-level plan with the lowest monthly premium cost. In the states analyzed, on average, the lowest-cost silver plan premium is $111 lower than the premium for the average silver plan; however, in 9 states plus DC, premiums for both the lowest-cost and second-lowest cost silver plans will be higher in 2019 than in 2018 (Table 1).

Before everyone freaks out, Avalere reminds readers that “premiums and plan offerings available to consumers may vary substantially from the findings of this analysis and will depend, to some extent, on the plan chosen and the consumer’s geographic location in the state, age, and smoking status.”

Avalere found that the exchanges in seven states will offer more silver plan options for consumers in 2019. Those who reside in D.C., Maryland, and Washington are likely to “have 1 fewer exchange option per region, on average, in 2019 than in 2018.”

Avalere’s Vice President Kelly Brantley explained that the filings showed that the industry “may see increased competition and plan choice in many exchanges in 2019,” which means consumers will have the ability “to select a plan that best meets their coverage needs.”

That means not everyone will see a rise in premiums as The Washington Examiner explained:

But costs won’t rise or everyone. Insurers have been able to offer less expensive coverage to certain customers because of the way they structure their plans. Because federal subsidies are based on a formula tied to price of a silver plan, by increasing the sticker price on silver plans, insurers are effectively increasing the federal subsidies. The move, known as “silver loading,” allows certain customers to pay little to nothing for coverage of cheaper “bronze” plans — or even makes “gold” plans an affordable option in some cases.

Avalere’s report concentrated plan offerings, but you cannot ignore the fact that more insurance companies will add Obamacare considering this time last year most chose to drop exchanges, all thanks to marketplace competition.

But having more insurers gives consumers more options, and may include coverage for doctors or hospitals they prefer. It also has the potential to offer more competition that could help keep prices down. For customers who like their coverage, a lack of insurer exits means they can keep their plan and won’t have to find new doctors.

“That is good for consumers,” said Katherine Hempstead, senior adviser to the executive vice president at the Robert Wood Johnson Foundation. “Everybody in business does better when they have competition.”

The Democrats acted like our medical industry would crumble after the government repealed the individual mandate, but evidence shows they overreacted:

Sen. Tom Cotton, R-Ark., who pushed for the repeal of the fine on the uninsured, known as the individual mandate, said the latest trend suggests that Democrats exaggerated their predictions.

“It’s good insurers are offering more plans this year, and it underscores what most Americans already knew: The mandate was a tax on people who couldn’t afford Obamacare, and, despite what the Chicken Littles in the Democratic Party said, it was entirely unnecessary,” he said.

So why have the companies changed course? Profits! Yes, the word the left hates so much has led to more of the companies staying in the exchanges. I really wonder when simple economics will get through the left’s head: If a company does not make that evil profit, it cannot provide you with a product or service. The Washington Examiner continued:

Experts say part of what is driving the expansion is that insurers are finally making a profit in the exchanges. That began in 2017, and the first quarter of 2018 shows insurers are on track to see their most profitable year yet.

Observing that insurers are making a profit is “certainly what is making other carriers want to go in there and take a little bit of that margin,” Hempstead said.

Cori Uccello, senior health fellow at the American Academy of Actuaries, said insurers have been increasing premiums to a level that more accurately reflect their costs.

“They are setting rates more appropriate to the underlying claims, and getting more experience over the years in understanding the population,” she said.

It will take time for health insurance providers to recover the loss incured since Obamacare’s implementation:

“While you might see some short-term profits in some markets, insurance providers have collectively lost billions on the individual marketplace since the exchanges were implemented,” said Cathryn Donaldson, spokeswoman for AHIP [America’s Health Insurance Plans]. “Several recent policy developments perpetuate uncertainty that makes it difficult for insurance providers to rely on the rules of the road staying the same for future years.”

The fact that insurers are seeing more profits, however, doesn’t necessarily translate to less costly options for consumers. NAIC [National association of Insurance Commissioners] cautioned that even though the market may be more “stable,” that tends to mean that insurers aren’t pulling out and that rate increases are rising only moderately, as they are in some states.

Iowa had many problems with Obamacare last year, but it looks like the state health insurance market will regain some stability in 2019. Health Insurers Medica and Wellmark want to sell Obamacare plans in every county in Iowa. Medica’s rate filing is less than 5.l6% compared to 50% in 2017.

Medica filed to sell Obamacare plans in Missouri‘s Cass, Clay, Jackson, and Platte counties. It will join Cigna and Centene if both of those companies choose to stay.

Oscar Health has decided to sell Obamacare exchanged in Florida, Arizona, and Michigan, and expand its coverage in Ohio, Tennessee, and Texas.

Still unacceptable. Too many mandates, too many subsidies.

The difference between Obamacare [ACA] and traditional health insurance policies is that the ACA policies have some level of government subsidy. None of the big health insurance companies are expanding in the ACA market, in fact, most are retreating from the market. You will always find some fly-by-night company, or start-up, which will move in to take up the slack. The problem with these companies is whether they can actually cover payouts for services.

Actually, that’s only one difference. The major difference is that Obamacare requires insurance carriers to cover definite categories of procedures. This means higher costs, as more is covered.

Combining the higher cost with subsidies that the unsubsidized have to cover, means it’s a whole bunch of unaffordable garbage.

The law still mandates a minimum amount of coverage for ALL plans regardless of whether you want it or not or if you need it or not.

Every plan is obamacare.

Health Insurance has about priced itself beyond the reach of many Americans. Once the Individual Mandate is gone in 2019 thanks to the 2017 New Tax Law, I imagine many will dump Obamacare because they will no longer be subject to the Unconstitutional Penalty.

Fact of the matter is that whether Obamacare or others modeled after it, most Americans have figured out that they are out of pocket for their medical expenses until they exceed their outrageously high, $6000+ Deductible and while that deductible accumulates, they are spending on insurance premiums that really don’t do any good except to be covered in order to avoid the penalty; money that could otherwise be spent on out of pocket health costs or something else.

The Health Insurance Benefit that use to be offered by employers at a nominal cost to entice employment over business rivals, has run its course. Really, we need only buy Catastrophic Insurance to cover costs that may bankrupt us which is so much cheaper and do as we are already doing, pay for our other expenses out of pocket. We don’t need to pay for the coverage of others, coverage that we don’t need (e.g., female healthcare costs force down the throats of single males), or to pad the profit of Big Insurance Companies. The Canary in the Coal Mine is the proliferation of Urgent Care Shops and direct purchase of services from healthcare providers, e.g., doctors, MRI Service Centers, and others.