Dialing back the Dread Clock

Dialing back the Dread Clock

The reclaiming of the federal judiciary, particularly the Supreme Court, is why the Dread Clock now stands at 5 minutes before midnight. 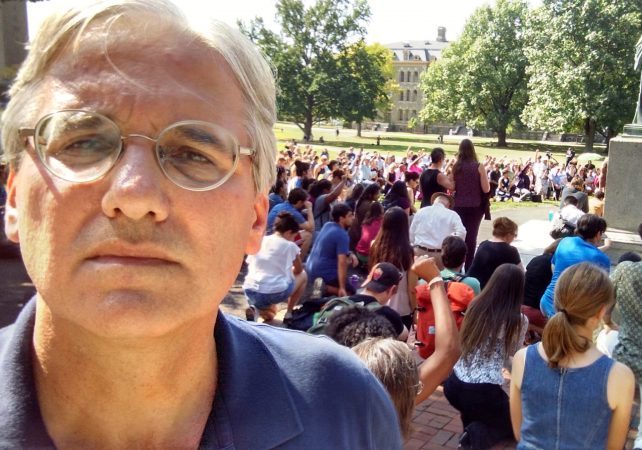 This is the year of Dread at the loss of institutions and the seeming impossibility of regaining them anytime soon.

I wish I had a Dread Clock, similar to the Doomsday Clock.

If so, it would have been about three minutes to midnight. But I’ll dial it back by a couple of minutes because of the ongoing success in reclaiming the federal judiciary from the grip of liberal activism.

Part of that is the success in the pipeline and confirmation of a substantial number of appeals court judges. Those are the judges who are the last word on the vast majority of cases, since the Supreme Court hears so few cases.

Part of it is what appears to have been a wise choice in nominating Neil Gorsuch to fill the Scalia seat.

But the clock is being dialed back now because of the retirement of Justice Anthony Kennedy. Hopefully this is not premature, and Trump nominates someone so worthy for the spot that it satisfies conservatives and keeps the Susan Collins-Lisa Murkowski wing of the party, plus a potentially vindictive Jeff Flake, from defecting.

There’s a reason the left is freaking the hell out over the Kennedy retirement. The federal district and appeals courts have been the principal vehicles for achieving liberal political gains that could not be gained at the ballot box or through congressional elections. The Supreme Court, usually by a one-vote Kennedy margin (with the exception of Obamacare, where Roberts defected), also has served that role in fewer, but the most important, cases.

We are used to losing institutions. The left is not. They are waking up to the possibility that the judiciary may be restored to the neutral role it should play, and would no longer serve as a liberal super-legislature.

The reclaiming of the federal judiciary, particularly the Supreme Court, is why the Dread Clock now stands at 5 minutes before midnight.

[Featured image: Me standing during Cornell ‘Take a Knee’ protest]

My advice to democrats. tuck their heads between their legs and kiss their ass goodby, after doing so they should push a bit further into their personal safe space.

Keep your head up, Prof.!

We are used to losing institutions. The left is not.

So succinctly put and so true, I hope people will not miss the importance of this observation. It’s something I’ve thought about a lot over the years. If the left were assaulted by comparable 24/7 criticism the right gets from pop culture, the alleged education system, the media, bureacrats, etc., they would wilt instantly. They never have to defend their positions intellectually. They get their way through force (intimidation, ridicule, government power.) Not just here but anywhere on earth.

Learning the lessons of losing is necessary in becoming a responsible adult. Leftists do not want to become responsible adults, they lash out like children when they do not get their way. They cannot be intellectually honest about the things they stand for, because that invites independent thought and with independent thought there would be no reason for leftism to exist.

The right has done a very poor job of educating why conservatism is beneficial and an even worse job of standing up against the left. In between election cycles, they should have been using the media to educate, promote conservatism. The left is on 24/7, and as you’ve said, has had seemingly free reign in media, education, pop culture for years.
Thank goodness we have someone who has decided to fight back and not lay down like a doormat.

The Right only started having access to a microphone the Left didn’t control in the last 20 years. Talk radio, then blogs, and now indie publishing through Amazon. Given that historical background, the Right has been doing a fairly good job.

The issues are that Parents have had a Lassa-fair attitude in raising their (our) kids and not following through in teaching morality.

when i had my kids at home b4 college, i sent them to private, religious schools. they have turned out pretty sound.

i new of some families who i went to services with that did not do that. and i worried about their kids -BUT they turned out OK, they saw how the parents lived and after a few years cam back to the ‘fold’.

point is – don’t expect that young minds won’t be influenced by YOUR behavior.

I’m optimistic this will play out well for us.

the #NeverTrumpers have done everything they can to thwart DJT.

just think if any other of the candidates (barring Cruz) would be POTUS now!

and yet he keeps winning. I can’t remember a time when I’ve had as much confidence in a POTUS (I graduated in 90, so I had little context for the significance of Reagan’s victories).

The legal changes underway in the courts are generational.

Trump is remaking the judiciary, and doing a damn good job doing so.

Many changes won’t manifest immediately, but over time. This is no small feat.

Your “dread” face looks a lot like your “shocked” face, Professor. 😉

Closing in on the time to show your war face.

Bring back the draft. It’s the only thing that’s going to make adults out of otherwise deranged useful idiots that are being churned-out by leftists infesting our schools.

Yea, the draft worked so well the last time it was in place.

One could make the argument it was the draft that started the extreme left movement in the USA.

I have dialed mine back too. With God all things are possible.

When Rosenstein is impeached (or jailed), the Dread Clock will drop back another 10 minutes.

Not only Rosenstein but the whole rotten cabal- Comey, HRC, 0, Holder, McCabe, etc.

Good news but only victory around the edges, as long as we continue to pretend that the oath to follow the Constitution is altered in meaning to an oath to follow whatever the judges say the Constitution means (making the oath meaningless). A blog by a conservative law professor should be the first place one goes to to see advocacy for going back to the original understanding of co-equal branches, as stated so eloquently by Thomas Jefferson, inter alia

there are a few commenters n this board that really need to read this article..

I’m heartened by the justices retirement,I can think of at least one other bad girl that should join him.
I also think it’s beyond time to party like it’s 1776 and dial the clock back to zero and guard our Liberty more jealously this time,because over the past 239 years we have failed.

Dread Clock? Just do it! Let LI be the custodian. The Doomsday Clock is just a publicity stunt.

The modern practice of allowing courts to determine national policy has never been supportable, but nothing is at work right now to reverse the trend. The notion that one person—an unelected one, at that—can determine whether or not the elephantine American justice system takes, say, the First or Second Amendments seriously, is ridiculous. And it’s a trend which can come to no good end. This situation is not rectified by a slight correction in the makeup of the SCOTUS. The fundamental perversion remains, and will continue to fester.

And the problem must be faced—American conservatism is a political failure. The “man on the white horse” who has ridden to the rescue of the Republic has never claimed to be any sort of conservative. It’s pure good fortune that he’s turned out to be able to deliver where the actual self-proclaimed conservatives have failed. We can’t count on this sort of luck. President Trump has no obvious successors on the horizon. A man with both his pro-American motivations and his phenomenal energy is a rare event.