“It is true that some members of MS-13 have done terrible things. But the president is using those crimes to appeal to social fears of Black and Brown gang members and rapists in order to justify his racist policies.” 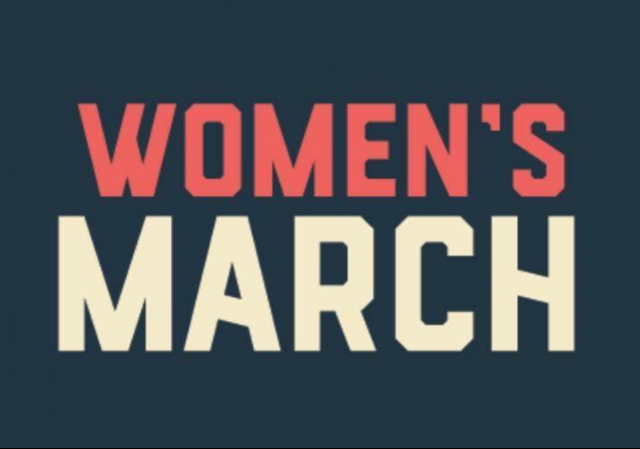 Last week, Trump referred to MS-13 gang members as “animals.” The media quickly mischaracterized his remarks and reported Trump was referring to all immigrants.

But, because this is a garbage time to be alive, rather than concede they may have jumped to a racist conclusion concerning Trump’s remarks, Democrats doubled down, some even defending MS-13.

“The president has been dehumanizing Latinx people like me since he began his campaign for the White House. And now the White House itself is doubling down,” they write. “When Trump warns of MS-13 “animals,” he isn’t just talking about members of the gang. He’s talking about all Latinx immigrants,” they continued.

But there’s just one tiny little problem here — Trump was not talking about all Latin immigrants, he was talking about MS-13 gang members.

He’s painting our entire community with a broad and racist brush in order to justify his xenophobic policies. Central American immigrants ages 14-25 are often automatically labeled gang members so they can be deported quickly, without question. Many of these young people come to the United States precisely to escape gang violence. But according to the White House, they are all “animals” too.

Women’s March doesn’t believe any person—no matter their crimes—should be dehumanized this way. It is true that some members of MS-13 have done terrible things. But the president is using those crimes to appeal to social fears of Black and Brown gang members and rapists in order to justify his racist policies.

So, we should not be concerned about gang members and rapists who stab, decapitate, and rip out their victim’s hearts?

And can you really call yourself a women’s organization when you are in the most literal sense, defending rapists? I think not. Protecting women from violence against their bodies is part of their mission statement, for crying out loud.

“Women deserve to live full and healthy lives, free of all forms of violence against our bodies.”

Repeatedly, the Women’s March proves they support every cause except protecting and furthering rights of women. But none of this means the Women’s March will forgo exploiting ignorance for fundraising and media opportunities.

do they want MOAR Trump?

because this is *exactly* how you get MOAR Trump.

‘Racism.’ Why didn’t I think of that?

It’s like climate change. There’s nothing it can’t explain.

I was looking forward to liberals defending pedophiles when Trump got around to attacking them. Looks like I didn’t really have to wait all that long for some pretty much similar, liberals defending violent racist hate filled gang members.

Seems liberalism really is an illness.

You see the same thing with Islam. This cult was founded by a really, really perverse individual, having all manner and means of ridiculous and cruel practices. The stupidity of Islam I could deal with; it’s the cruelty and Muslims’ arrogant attitudes and claims that they can only practice their religion by subjecting the non-Muslims to their rules that bother me.

And the left defends all these cruel Islamic practices. Take FGM. The left actually defends this barbaric, non-medical practice.

Those women should be locked up with an equal number of MS-13 members for a month.

Naw, just a couple of hours would suffice.

So these women are androphobic and nostophobic. It is like a knee jerk reaction from these leftists. Know what, I don’t give a damn. We had to take the crap sandwich that was Obamanation and all he did to bring down this country, while being called racist and xenophobic. Let them wear the labels. Not that half of them even really know what the labels they give others mean, it just sounds so kewl.

Further proof that the 19th Amendment was not a very good idea.

You’ll take some heat for this but I can’t say I disagree. I’d consider giving up my vote to remove the pussy hat wearing, absolutely ignorant contingent of women voters from the voting pool.

As a woman, an (amateur) Constitutional scholar, and a historian, I have pondered this a lot. I almost agree. Almost. I think there is a place for women to have the rights of independence that did not come until after suffrage, but the vote itself…. definitely debatable.

Good time to discuss the differences of a citizen versus a civilian described by Heinlein.

I’ve flirted with that idea.

1) Jordon Peterson makes interesting points that females rank higher than men on the “agreeableness” quotient (which partially accounts for the pay gap). They are hard wired to accept compromise, maybe stemming from maternal instinct, going along with the tribe to get along.

2) They have a harder time preventing emotionalism from trumping reason. Again, I think this is an evolutionary safety switch to prevent them from throwing the Baby Who Won’t Stop Screaming over a cliff at 3am. I’m the child of 2 alcoholics, very sensitive because by age 5 my survival depended on being able to read the room. But I can still flip emotion (compassion and sensitivity) off like a light switch when I make decisions. Ill wager that the part of the human brain that allows us to do that is more developed in males, likely evolutionary too – focus on the Tiger and ignore your buddy screaming about his leg.

3) Their hormones constantly betray them. Most the women I grew up with starting taking the pill, not for birth control, but to even out debilitating mood swings. The ones who didn’t were noted for being stark raving mad for a week every month. Now imagine how women were regarded before the pill, in a society where if a male lost control of himself just once, his fellow males never trusted him again to take point.

…but all that said, it’s not enough to violate the principles of Liberty. We have many very stupid MALES who vote for stupid reasons, even emotional ones. And Liberty includes the right to make stupid decisions.

Disclaimer: I am happily married and already have a great sex life. I am not just defending women to get laid. 🙂

Meh, there are trailer trash in every culture and of every gender. Stupid knows no bounds.

Statistically, women are more likely to vote Democrat. Generally speaking, women tend to vote for the candidate they believe will take care of them.

Bill Clinton was ready and willing to take care of any woman except Hillary.

Been nothing but war and depression ever since!

Nah. You’d do a lot better to bring back literacy tests. (Fairly and honestly administered, of course, in the English language, not the racist crap that used to go on in the south.)

You’d do even better to bring back the principle that only those who are net contributors to the public fisc should be allowed to vote on the disposition of that fisc — no representation without taxation. (Again, no racist “grandfather clauses” like they had in the bad old days in the south.)

Yes, that means servicemen should not be allowed to vote in federal elections, nor policemen in local elections; they have a conflict of interest. Ditto for social security recipients. Politically, giving up their votes in return for taking it away from all the public servants and welfare recipients would be a net gain for the side of sanity.

One more: ballots in English only. A working knowledge of the English language is required for gaining citizenship and only citizens are supposed to be voting. No-one printed German-language ballots for my grandparents. There should be no Spanish, Korean, Tagalog, French, or whathaveyou ballots.

What about Puerto Ricans, whose native language is Spanish? They’re just as American as anyone else, and just as entitled to vote, so how can they be denied Spanish ballots?

So she wants to notice the group whose motto begins with “rape” is of a particular race. I fail to see an upside for her. Of course, if she were smart she wouldn’t be a race hustler.

They are female chauvinists who advocate for life deemed unworthy (i.e. abortion rites), warlock hunts, and rape or rape-rape of competing female interests.

An MS 13 gang member was just sentenced to 40 years in prison and his name…………..Animal!

Trump has a knack for getting his opponents to say and do foolish things.

Reagan was the Teflon President.

What’s the equivalent for Boomerang?

“It is true that some members of the Waffen SS have done terrible things. But the Allies are using those crimes to appeal to social fears of the Russians in order to justify their anti-communist policies.”

I guess the Left desire diversity in types of murderers. I personally didn’t think MS-13 was under-represented in crime stats.

“social fears of Black and Brown gang members and rapists”

Because there is not a smidgen of factual basis for said fear. None at all. So say our betters.

So this means that the Woman’s March LA office will be located right in the middle of MS13 territory. By their definition, it should be a safe space.

Its the commie march. Women’s division.

If your hatred of Trump is so profound that you can justify or even defend those who commit any and all heinous behavior simply because Trump is against them, then this means your hatred overrules your moral compass. If you have no moral compass, then what it your claim as to why anyone should listen to you?
>
Free speech. The right to keep digging your self deeper into a hole even after you have dug a hole so deep that you cannot extricate yourself. The right to make yourself an even greater fool after having already made a colossal fool of yourself. The right to utterly alienate yourself from all others by clearly demonstrating to all that you have no ethics, morals, or intelligence. The right to declare to the world that you are a hypocritical hysteric devoid of any rational judgement.

As if more proof were needed that delusional and infantile Leftists will defend anyone and anything, no matter how morally bankrupt, in fealty towards anti-Trump zealotry.

They support Bubba, so it’s not a huge leap to support other rapists is it?

Never forget, despite having almost complete control over the press, academia, entertainment and social media, they STILL need to massive numbers of illegals, homeless, felons, fraud and union$ turnout to win… and now they can’t even manage that.

“Latinx.” Should clue in all the Latino men to how much these anti-feminine “feminists” HATE them, that they reject the fact that “Latino” includes women. They don’t WANT to be included with Latino men, unLess they are members of MS13 apparently.