“It’s just a miracle I got Wilma back” 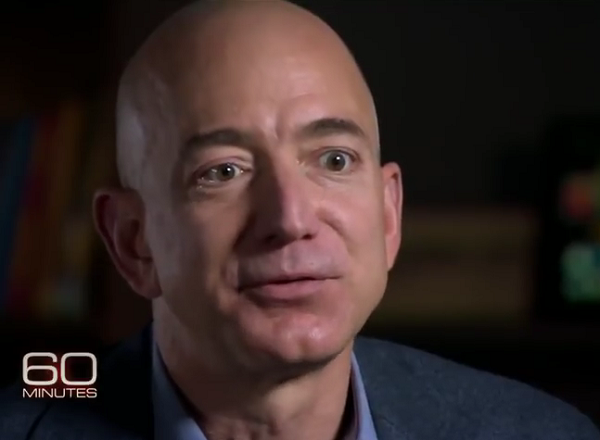 A man from the UK found the bag of dog food he’d ordered from Amazon awaiting him . . . and his miniature schnauzer puppy gone.  He emailed Amazon founder and CEO Jeff Bezos and was delighted to have his puppy returned to him.

Businessman Richard Guttfield noticed that Wilma, his black miniature schnauzer puppy, went missing after an Amazon driver dropped off a bag of dog food to his United Kingdom residence in Marsworth, Buckinghamshire.

In the end, it took an email to Amazon CEO Jeff Bezos to get the pup back home.

“My puppy went missing after an Amazon delivery and after an email to Jeff (Bezos)… we had someone who was amazing who tracked the driver and found our dog and brought her home,” he told CNBC.

Amazon delivery drivers don’t work directly for the company, instead they’re hired through a variety of independent contractors. Still, Amazon said it would investigate the incident and that this driver would no longer make deliveries.

I remember when Amazon just sold books, so I found the following segment about Amazon’s success interesting and thought I’d share it:

I too remember this new website called Amazon wherein I bought and sold used college textbooks each quarter. It was awesome. Now I get boxes of all three different sized diapers my kids need delivered right to my door on a biweekly basis. Also awesome.

Don’t help them destroy our country.

So … in common with the S.I. metric system, women, and the Phillips-head screwdriver … Amazon can be a force for good, as well as a force for evil?