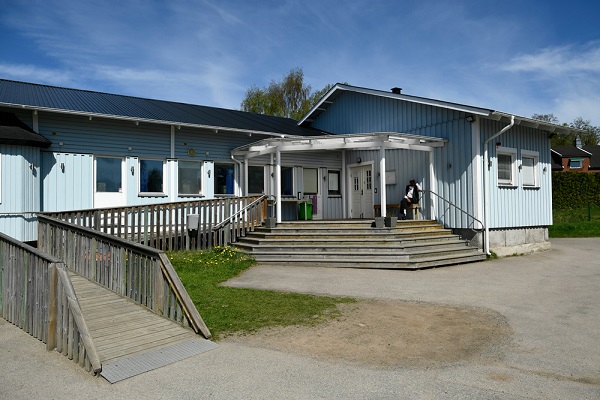 The Swedish town of Växjö has approved a local mosque’s call to prayers after having earlier refused approval to a Catholic church’s ringing of its bells.  Integration, apparently, was a deciding factor.

It was announced earlier this week that the mosque in Växjö will be allowed to feature a call to prayer on Fridays, provided the calls do not exceed 110 decibels, as heard from outside, or 45 decibels as heard from inside.

The mosque had become a flashpoint of national controversy, with the leader of the Christian Democrats instructing local politicians to vote against the call to prayer and the head of one of Sweden’s leading Jewish organizations supporting the mosque on the grounds that not allowing the call to prayer would damage integration.

. . . .  Now that the nearby mosque has been granted permission to conduct a call to prayer each week, the Catholic priest said that the church may reapply for the right to ring outdoor bells to mark Sunday services and special occasions like funerals.

“It is a matter of fairness and with the decision granting the mosque permission to do a call to prayer, we have discussed the possibility of applying again,” Fogelqvist told Metro newspaper.

[Featured image via the Local]

Are there any European countries west of the former iron curtain with a will to survive?

Perhaps Austria. They haven’t completely disavowed the Multi-Culti “religion”, but they are showing signs of becoming agnostics.

Oh, it’s only Sweden. They committed suicide long ago.

I visited in 1969. It was clean, orderly, friendly, and mostly beautiful. I’m saddened to see it die.

I had a number of Swedish friends and acquaintances in the ’50s. It is sad to see the people committing cultural suicide. IF they don’t agree with what the government the majority elected is doing, they need to revisit their votes for the next time around. I suspect that most are so used to Nanny government they won’t dump the Leftists.

The reason the Catholics were denied approval is there were protests from several local residents, primarily the Imam and his flock.

Off to Babylon they go.