Nothing out of the ordinary.

The Senate Judiciary Committee released 2,500 pages of transcripts and documents about a June 19, 2016, meeting at Trump Tower with a Russian lawyer. Donald Trump, Jr., Jared Kushner, and Paul Manafort attended in hopes of leaving with dirt on failed Democrat presidential candidate Hillary Clinton.

Turns out they didn’t get what they wanted. The left has also received nothing since they hoped this would help prove collusion between President Donald Trump’s campaign and Russia.

Publicist and music promoter Rob Goldstone “arranged the meeting at the request of pop singer Emin Agalarov,” who told Trump, Jr., what they may receive. Trump, Jr., replied, “[I]f it’s what you say I love it.”

Goldstone explained to the committee that he hoped Russian lawyer Natalia Vaselnitskaya wielded a “smoking gun” for the campaign:

“I just sent somebody an email that says I’m setting up a meeting for someone that is going to bring you damaging information about somebody who was running to become the President of the United States,” said Goldstone in the transcript. “I thought that was worthy of the words ‘smoking gun,’ yes.”

This isn’t new at all. Politics is a dirty business and all candidates do their best to smear their opponent. Look at the infamous dossier from Christopher Steele!

Of course Trump, Jr., salivated at the prospect of holding dirt on Hillary.

But at the meeting, “Veselnitskaya wanted to talk about U.S. imposed sanctions on Russia under Magnitsky Act.” According to Trump, Jr., she only handed over “something about individuals connected to Russia supporting or funding Democratic presidential candidate Hillary Clinton or the Democratic National Committee.”

You can even see this in the notes Manafort took of the meeting. The whole purpose of the meeting was to slime Bill Browder to attack the Magnitsky Act (same w/ the mention of Russian adoptions). Goldstone’s promise of Hillary dirt was just a ruse to get the meeting. pic.twitter.com/XpNUT3wHIj

At that point, according to testimony from Rinat Akmetshin (not at all a fan of Team Trump), Donald Trump, Jr., “instantly lost interest.” pic.twitter.com/6xbCffCYMg

Davis also tweeted that two of the Russian-connected people at the meeting had connections to Hillary:

A fun aside: two of the Russia-connected people in that meeting were quite close with Team Clinton. Rinat Akmetshin is BFFs with Ed Lieberman, whose wife was a long-time Clinton WH staffer, and Ike Kaveldze and his whole family voted for Hillary.

After the meeting ended, Goldstone apologized profusely to Trump, Jr., “for what he believed was wasting our time.” Officials asked if Goldstone tricked him into the meeting under “false pretenses,” Trump, Jr., said, “I imagine there was an element of showmanship involved, yes.”

Goldstone lashed out at Agalarov and said the meeting “was the most embarrassing thing you’ve ever asked me to do. I’ve just sat in a meeting about adoption.”

I’m seeing the media brush aside these facts and concentrate on Trump, Jr.’s, statement that he doesn’t remember if he told his father about the meeting. Considering the meeting shows nothing significant happened, WHO CARES?

Of course the Democrats won’t accept the fact that there’s nothing here:

Democrats on the committee released a statement arguing the interviews “reveal that top Trump campaign officials were frustrated and angry that the meeting did not produce enough damaging information on their opponent. Their efforts to conceal the meeting and its true purpose are consistent with a larger pattern of false statements about the Trump campaign’s relationship with Russia.”

There was no dirt disclosed in the meeting, instead Veselnitskaya wanted to talk about U.S. imposed sanctions on Russia under Magnitsky Act.

Republicans on the Hill have shown concern over the meeting since at the same time, Veselnitskaya worked with Fusion GPS founder Glenn Simpson, which is the firm that published the dossier. Simpson claims he had no idea the meeting occurred and it “stunned” him when he found out.

STUNNED, I TELL YOU. 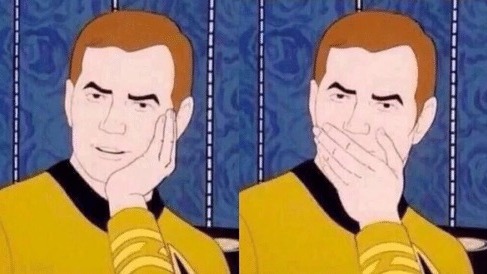 The Swamp at work.

They can’t let a little thing like an election stop their game.

IRAN THREATENS TO OUT THOSE WHO TOOK BRIBES TO PASS NUKE DEAL:
http://www.wnd.com/2018/05/iran-threatens-to-out-those-who-took-bribes-to-pass-nuke-deal/

Then there’s this sick rat:

Apparently, the conspiracy theorists weren’t wrong after all.

The American government, since that piece of garbage obama, has become the most insediously corrupt democracy in the world.

“Simpson claims he had no idea the meeting occurred and it “stunned” him when he found out.”

How many employees does Fusion GPS have ?
… a couple dozen .. tops

What exactly is “dirt”?

Is “dirt” actual evidence of a candidate’s genuine crimes? I don’t see anything nefarious about pursuing this. Voters should know about such things.

Or is “dirt” innuendo about a candidate’s imaginary crimes? Something like, say, the Steele dossier?

Or is electoral politics so debased that the distinction is irrelevant?

Every politician looks for dirt on their opponent. Funny there was no real outrage when Obama did that during his Senate run, and in that case he got a hold of sealed court documents, but the media slurped it up and ignored the illegal aspect of how he obtained it.

Nothing to see here, as usual. Move along.

I am sure that if somebody called the Clinton campaign claiming to have dirt on Trump the campaign would have completely ignored them. Hillary would never engage in such tawdry behavior.

Why would Hillary purchase dirt when it’s so much easier and less expensive to get the FBI and DOJ to make it for her?

Wasn’t the whole point of Steele fabricating the dossier just that? Only the Hillary campaign were seeding in fake information as well to Steele, and Steele used Russian sources to compile it.

At least we had honest McCain who was used by the Hillary campaign to pass along the dossier to help fuel having the DOJ and FBI procure their warrant to spy on the Trump campaign.

McStain will be a drooling, Depends $hitting Maverick before long. I kind of used to like him, 15+ years ago. I wonder just how deep he is in it or was he played 🙂

The magnitude of the complete difference in approach to Clinton vs. trump astounds me! They all have meetings with all sorts of people, Clintons used their foundation both for money and access and nary a blip of interest from all these officials supposedly concerned about Russian influence.

How many unfortunate historical (and fictional) events get started by a drunk shooting his mouth off to near-strangers in a bar?

Turns out, he was set up for that by FBI, CIA to put a human asset in the campaign. Previous admin was spying on Trump campaign

Turns out the drunkard shot his mouth off in a bar. Why don’t you understand that part of “getting caught up in a multinational sting operation” coauthored by CIA/MI6/SVR agents?

Look at the good side. When congress is totally focused on all these “investigations”, they don’t have as much time to meddle in our lives.

Nonetheless, the Senate committee has concluded that there was Russian influence in the election:

These lying sacks need to be thrown out.

With how willingly Hillary accepted “speaking fees” through the Clinton Money Laundry service for the Uranium One deal, where millions were given in bribes, why would Russia want Trump to win? Hillary would have sold secrets to Russia just as Bill did to China.

And Mueller knew about the speaking fees, knew that it would have ended any chance for Uranium One to go through, and he sat on that information. Seems yet another reason why Russia would have preferred Hillary over Trump.

How is it that Fusion GPS can have meetings with exact same Russians and NOT be under investigation? Any foreigners were part of the take down plot, haven’t found ANY Illegal coordination with Trump campaign. Not my opinion, just restating what other more esteemed and connected individuals have already reported.

Why do you have to pay for “opposition” research? Just make up what you like, say an anonymous gave it to you. The dinosaur media will validate you and never question.

These egotistical corrupt Inner Party asshats act this is just a big game.

“If we shoot at the King and miss, well… I guess I’ll retire comfortably and teach my grandkids how to fish”

…the reason these guys roll over Liberty with such disdain is because we are too chicken shit to punish them. There have been no consequences for their treachery

So of course they are going to keep pulling these bs soft coup moves. When their cute little manuevers negatively impact millions of Americans, they don’t suffer.

Hell, John Kerry is negotiating with the Iranians to subvert American foreign policy AND NOT A SINGLE THING HAS BEEN DONE TO HIM. Not even a strongly worded memo.

They will not stop until we turn a few of them into object lessons. We don’t want to punch the school bully in the nose? Then we are condemning class after class of innocent people to be victimized.

Where is Jeff Sessions?

Exactly where Rosenstein tells him to be

He’s having all his office stationery reprinted as “Waldo”.