In Sweden, Microchipping Humans Is All the Rage

In Sweden, Microchipping Humans Is All the Rage

“A tiny microchip inserted under the skin can replace the need to carry keys, credit cards and train tickets” 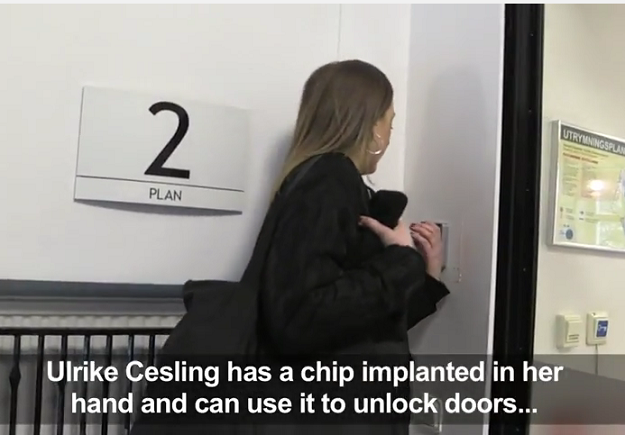 Since 2015, Swedes have embraced microchip technology and have been volunteering by the thousands to have a tiny microchip injected into their hand.

It’s the size of a grain of rice but could hold the key to many aspects of your life.

A tiny microchip inserted under the skin can replace the need to carry keys, credit cards and train tickets.

That might sound like an Orwellian nightmare to some but in Sweden it is a welcome reality for a growing number who favours convenience over concerns of potential personal data violations.

The small implants were first used in 2015 in Sweden — initially confidentially — and several other countries.

Swedes have gone on to be very active in microchipping, with scant debate about issues surrounding its use, in a country keen on new technology and where the sharing of personal information is held up as a sign of a transparent society.

Twenty-eight year-old Ulrika Celsing is one of 3,000 Swedes to have injected a microchip into her hand to try out a new way of life.

Last year, a Wisconsin-based company was the first to roll-out microchips for humans in America.  This move has led to speculation that we will “all get chipped—eventually.”

Can it help find the bodies left by the jihadists.

Maybe, but it does provide a “key” to everything a person has – just chop off their hand.

I predict a sharp rise in kidnapping.

FWIW one night I happened to stream a (2014) movie (Christian themed) that centers around chip implants called “Rumors of Wars” — it was obviously made on a budget, but was kind of interesting given the parallels it presents to modern social media (and the purveyors of it) and chip implants. I found the trailer on the movie website: http://www.rumorsofwarsmovie.com/home

Keys, credit cards and train tickets, eh? And then?

Data acquisition has proved to have an insatiable appetite. And it will always work perfectly, all the time. And it will never be hacked or mis-coded. Yep.

Perhaps the Swedes have better fortune on accurate data in their databases. I’ve not been so fortunate, and it is a long, often unsuccessful, process to get false data corrected. People promoting this king of thing have never had false data of significance in their records.

Will hookers accept payment by chip?