Meanwhile, the state of California declares an emergency over nutria infestation. 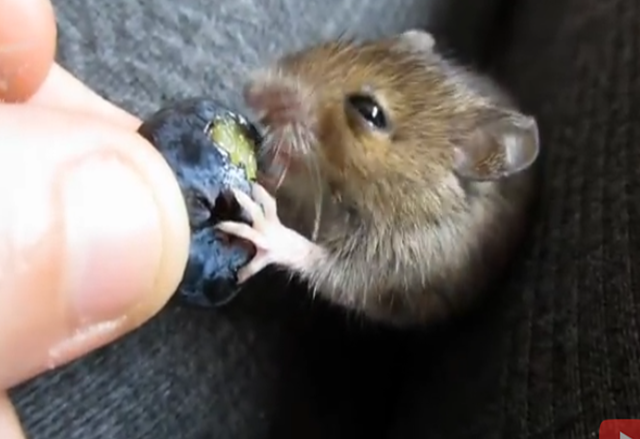 The new millennium is turning out to have a lot more in common with the 21st century B.C. than I would have originally forecast!

It appears that not only are the streets of San Francisco laden with disease, but researchers have now found that 25 percent of the mice inhabiting New York City carry bacteria that are resistant to antibiotics.

Tests conducted by a team from Columbia University on 416 mice collected in seven New York City-area locations in just over a year revealed house mice are “carriers of several gastrointestinal disease-causing agents,” including C. diff, E. coli and Salmonella, among others, according to a study published in the American Society for Microbiology on Tuesday.

“We found a whole series of bacteria that are associated with human disease,” Dr. W. Ian Lipkin, a senior author of the study, told the New York Daily News. “And many of these bacteria had evidence of antibiotic resistance chain.”

Therefore, humans exposed to infected mice – through direct contact, droppings or urine – would have a hard time killing the germs, which means any potential illnesses contracted from the rodents could turn deadly.

Reports also revealed the costs of treating the disease has escalated because of the resistance bacterial strains have developed to standard treatments, doubling since 2002.

Kenneth E. Thorpe, Ph.D., from the Rollins School of Public Health at Emory University in Atlanta, and colleagues used data from the Medical Expenditure Panel Survey to estimate the incremental health care costs of treating a resistant infection, as well as the total national costs of treating such infections.

The researchers found that antibiotic resistance added $1,383 to the cost of treating a patient with a bacterial infection. Based on 2014 estimates of antibiotic-resistant infections, this amounts to a national cost of $2.2 billion annually.

On the other coast, other vermin continue to plague citizens. I noted that areas of California were having infestations of the swamp-dwelling rodent known as nutria. Now, the state of California has declared an official nutria emergency.

The state of California is declaring an emergency over a non-native species of rodent being seen with increasing frequency near the San Joaquin Delta.

Wildlife teams are being deployed to battle a type of giant river rat called nutria.

Originally from South America, the large, 20-pound rodents were first spotted in Central California about a year ago.

But now, for the first time, the animal has been found west of Stockton in the heart of the Delta.

I sure hope the Nutria don’t harm the Delta Smelt.

Finally, a family in California, whose son was scarred by bedbug bites, has been awarded nearly $1.6 million by a civil jury.

It was the highest amount ever paid to a single family in a bedbug case in the United States, according to the family’s lawyer.

Lilliana Martinez, 34, said that the problem began in 2012, two years after she and her husband moved into an apartment in Inglewood, Calif. They discovered that their 3-year-old son, Jorge Maravilla, had red spots all over his body, including on his face.

Concerned, they took him to the hospital. The diagnosis? Bug bites.

“As soon as I found out, I was horrified, because I had never seen something like that before,” she said.

I swear I just saw a movie covering all of this news a couple of weeks ago!

just thing all the rats in one area, DemocRATs, with the small kind

“Start spreading the germs
I am leaving today
I don’t want to be a part of it
New York, New York”

Ask Louisiana how much “benefit” it gets from their nutria. Another “we’re smarter than Mother Nature” project gone awry.

notamemberofanyorganizedpolicital in reply to persecutor. | April 19, 2018 at 5:08 pm

How are they going to deal with the nutria problem with their progressive mindset… birth control, Nutria “woke” sessions in nutria-speak, catch and release, Planned Parenthood participation?

The state will have professional hunters… dispassionate … to do the deed. Can’t have citizen hunters “enjoying” killing the Earth’s children with (gasp) guns! It will be more costly, more “scientific” and another failure.

Is that guy in the picture giving a mouse a cookie? No wonder they have problems.

Look closer, it’s some type of berry, not a cookie…

At least the nutria are edible. In South America they often roast them on spits. It would give California’s homeless something to do.

On a cost-benefit analysis I don’t doubt that the Nutria do more harm than good (like all illegal aliens).

But at least it gave the Cajuns an excuse to come up with more recipes.

Another blue state is also exporting a deadly disease. Hawaii has “Rat-Lungworm” and is shipping it to the mainland by ship and aircraft.
See https://www.usnews.com/news/best-states/hawaii/articles/2017-12-20/study-shows-rat-lungworm-prevalence-amid-prevention-campaign

Thanks to the lack of action by this very blue state government, this problem will appear in other states soon.

Is it a blue-state problem, or EPA interference. I’m not trying to be a noodge; just asking.

Where are the mice getting these disease-resistant bacteria? From hospitals, the same place people get them.

nutria infestation? That’s a symptom. The problem is they have a liberal infestation.

“Swamp rats” are the non-PC, preferred name. We like to be non-PC. We call ‘arid lands’ by their more traditional name ‘deserts’ and likewise, we call ‘rain forests’ ‘jungles’.

There are arid lands that are not deserts. Likewise, there are rain forests that are not jungles. Forget about being non-PC and try being accurate.

Breaking News! This problem is so serious that the Mayor of NYC has ordered all bridges and tunnels turned into one-way evacuation routes out of the city. He plans to tent the whole city before allowing anyone to return.

David Koch was quoted as saying that he was not leaving. He likes it here.

I guess – with this being NYC and all – that pellet guns are out?

Truthfully, there is a Terrier Club in NYC that hunts rats for sport in the manner that aristocrats used to hunt foxes. I think they kill .0000000001% of the rat population.

I had already heard about these disease carrying mice. If these bacteria turn out to be the flesh eating kind, it might affect my sleep.

“To mitigate the increasingly out-of-control rat epidemic in Brooklyn, city officials let opossums loose in public parks and underneath the Coney Island boardwalk, so that the opossums could maim, eat, and kill the rats, before dying off themselves. But that sick plan failed….”

I love how someone on the Brooklyn Borough Council thought it would be a good idea to import possums to control the rat population. Has anyone in NYC ever met a possum? Heaven forbid you ask us in flyover country why this “sick plan” was doomed to failure. We’d have told you, once we stopped laughing.

I mean, possums WILL hunt. Earthworms, insects, baby birds in the nest. But they’re hardly the super predator that the Brooklyn Borough Council somehow convinced itself they are. What were they imagining? A possum running down a rat like they’ve seen a Cheetah runs down a gazelle on a nature show, with the theme of “Chariots of Fire” accompanying their hyperactive imagineerings? Besides rats weigh, what, one to two pounds? Too big, as are their teeth, especially when there are all those garbage cans available. Why fight?

The possum will be eating the bagel next to the rat eating the pizza crust.

I suppose wild capybaras will be next.

Speaking as a Coloradan who wishes only the best [sorry, just can’t keep a straight face] for the Leftist Communards in New York City, the use of possums was just not sufficient as they were not real predators. Within a few hundred yards of where I sit now is a watercourse that is a natural wildlife highway across our county where we have a surplus of both mountain lions and bears. You can hear the mountain lions calling every night [it sounds like a woman screaming, which will fit right in with no impact in NYC] and we have so many bears that we have to trap and relocate them all the time. They should both do a wonderful job of cleaning up Central Park and the streets of New York.

All they have to do is pay for the transportation and a modest fee for trapping.

Wasn’t it the leftists that argued for their protection while you fascists wanted to kill off all the predators?

BTW, coyotes would be a better choice. If I were you, I would put it a bid. NYC has lots of money and some of the smartest people in the world are proud to call it home.

Wherein commie fascist in chief was looking in the mirror.