The science is settled! 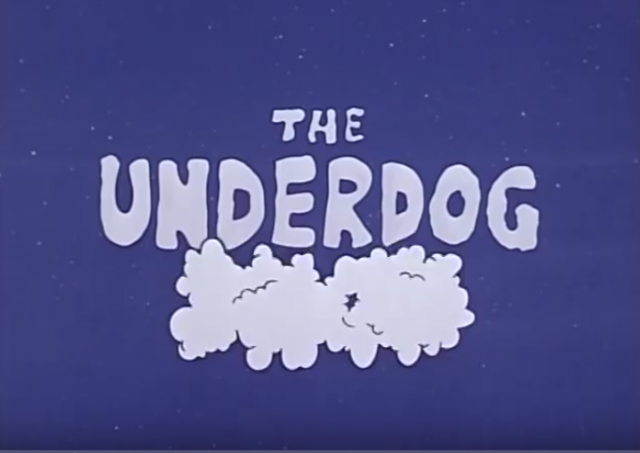 There are few traits Americans share more than our love of “the underdog”.

In fact, the science on the matter is quite settled!

Put simply, most of us are uncomfortable with inequality. We think it’s wrong for one team — or one person — to have too great an advantage. So we root for the less advantaged, in the hope that the scales of justice can be righted.

In a 2007 experiment, people were presented with an imaginary contest between Team A (the favorite) and Team B (the underdog). Team B got more support until it was revealed that Team A had a much lower payroll. After that, two-thirds of the people backed Team A.

This may explain President Donald Trump’s steady and slowly rising poll numbers, despite the outrageous Democratic Party antics and the relentlessly negative press coverage that began when it was apparent he would be the 2016 GOP presidential candidate and that continues to this day.

It is unprecedented in American history, and maybe voters are starting to think the Democrats have gone too far.

No doubt the Democrats’ constant attacks, amplified every day by the press, have an effect. But at a minimum, diminishing returns seem to have set in. Today’s Rasmussen survey, the only daily presidential approval poll now functioning and the only one, to my knowledge, that currently surveys likely voters, finds President Trump with 50% approval and 49% disapproval.

His approval numbers this far in 2018 are essentially identical to President Obama’s ratings at the same point in his administration, notwithstanding Obama’s fawning press coverage.

I would argue that it isn’t so much a backlash, but that Americans see that Trump is the underdog in this situation, so they are effectively cheering him on with increasing approval.

That the leading Democrats and best known members of the American media are snobby, condescending, self-centered fabulists adds an extra layer of affection on the the public’s growing support for Trump.

Speaking only for myself (and not any other member of our superb Legal Insurrection team), the more the press goes after Trump, his personal lawyer, family members, and effective officials within his administration, the angrier I get at the press.

This is especially true when the media covers topics related to his marriage, as I believe the progressives that pose as journalists would love to see First Lady Melania divorce Trump, denying the President a critical pillar of support and the nation of one of the most gracious and effective First Ladies in its history.

Being the cat lover that I am, I admit that “Underdog” is my favorite type of canine.

For those of you who love nostalgia, I offer this homage to a cherished childhood cartoon that made a star out of “Underdog” in an episode called “Flying Sorcerers” that seems apt to share today.

Here’s a fun experiment for American journalists to try in order to reverse course and be taken more seriously by the nation. President Trump tweeted this synopsis about the missile strike targeting Syria chemical weapons facilities:

A perfectly executed strike last night. Thank you to France and the United Kingdom for their wisdom and the power of their fine Military. Could not have had a better result. Mission Accomplished!

“Mission Accomplished” was an obvious reference to phrase the press used to hammer former President George W. Bush with successfully, as Bush never fought back. Clearly, Trump was trolling.

The easy and fun experiment that our media could try would be to focus on facts and events:  Cover Syria without histrionics, drama, or ginned-up fury over these two words. Report the facts, and let the American people make a fully-informed decision without the opinions-dressed-as-data.

Our press might be pleasantly surprised to see their own approval numbers rise, instead of continuing on their current trajectory:

Until then, President Trump will likely fly still higher as the “Underdog”.

It’s that the MSM works hand in glove with and for the Progressive Fascists and they are our country’s worst enemies. Worse than the Nazis, Japanese and Communists.

Do you realize what the Nazis did in REALITY?

I hope you fired a similar salvo at every progressive who made a comment calling Trump a Nazi. But something makes me think you did not.

If course, especially when it’s appropriate, as here. It’s a ridiculous thing to say, trivializing the actual evil. Please spare the comparison game and address the substance of what was said.

Just because they do it is a poor justification.

notamemberofanyorganizedpolicital in reply to oldschooltwentysix. | April 14, 2018 at 6:31 pm

Yes. The same way the Democrats have started things now.

Good companion piece to this editorial I feel.

“The “Small Group” Knew They’d Lose The Fact Battle, So They Began a Propaganda War…”

“A flood of DOJ/FBI moves, leaks and details this week highlight the desperation of an aligned group of Obama officials and ideologues which began with the FBI raid on the offices and home of Michael Cohen. All of the subsequent activity is connected.”

“A Coalition of All Democratic Forces, Part III: What if Trump Wins?” – By Benjamin Wittes

Given these numbers, it’s tempting to not plan for a Trump presidency. Personally, I’d like nothing more than to sweep the possibility under the high-impact-but-low-probability event rug, right alongside all those asteroid impacts and worldwide pandemics I don’t spend much time preparing for.

Better yet, I would love to put it in the category of horror movie, the sort of zombie apocalypse I can enjoy imagining knowing that it is impossible.

This is why I keep life insurance, even though I have a much lower than seven percent chance of dying this year….”

Give American fascist leftists time. Perhaps they’ll kill as many hundreds of millions of us as their heroes mao, stalin and pol pot did.

Moooochelle obama:
“I am fat piece of leftist sh-t.”
http://www.freakingnews.com/Fat-Michelle-Obama-Pictures-77504.asp

I’d say ‘thanks to…’.
And in that context, maybe Herr Mueller made the biggest mistake in ordering that raid against Trump’s personal lawyer.
Now Trump IS The Ultimate Underdog.

notamemberofanyorganizedpolicital in reply to Exiliado. | April 14, 2018 at 6:37 pm

Mueller’s entire work is a “mistake.”

forksdad in reply to notamemberofanyorganizedpolicital. | April 15, 2018 at 4:58 pm

And stunningly incompetent. Anthrax investigation, anyone remember that fiasco?

Some of the credit for Trump’s increasing support belongs to the shrill never-Trump Republicans who complain about his every action.

One benefit of the internet and social media garbage is the public can now see the hypocrisy of the ruling cultural elite, quick to judge as they break the rules. And to see the hatred that makes you wonder if they are fit for holding power.

They actually believe it would be better under their policies, but Trump has produced with an anchor around his neck. As if they would rather we all fail if we don’t follow them.

Perhaps the jig is up, or that path is approaching.

I’m so happy that Powerline is ditching facebook for their comment system – I’m going to be looking at their site a whole lot more now! I used to be a regular there, then they went to FB comments and I dropped them, since I just won’t do that.

I DID open a “Facebook” account just so I could comment on ‘Powerline’. Other than that, my profile is blank and I’ve never responded to any ‘friend’ requests, so I don’t suppose ‘Facebook’ is making much money off me.

They probably still know more about you than you do yourself 😉

The irony was that the “Mission Accomplished” banner was only for the carrier fleet and not the Prez, but propaganda is where you can get it. I am certain the Press thinks a sub has been out rogering, pillaging and looting when it flies the Skull and Cross Bones coming back to base.

As an aside, I wonder how many Russians have been deployed to comment here at LI? Welcome comrade bots and citizens. Several here have walked Red Square and stood in line to view V.I. L back in the glory days of the Soviet Empire. Agitprop will have to be much more sophisticated.

They’ve all jumped the shark now. Trump is like the not-perfect husband and the left has become the shrill ex-wife who can’t understand why everyone is tired of her going on and on about how if it wasn’t for him, her life would be sooo much better.

The left is like the ‘boil the bunny’ ex. Batsh!t crazy and willing to kill anyone to prove she was right.

OT: I have not listened to the included videos however I still have the Underdog theme song playing in my head as loud if I was still a little kid again back in the 60s and early 70s. Somethings take root and never leave. This earworm will last for days…

Americans love the Underdog… But from the excerpts I see the article does not elaborate what it is we all love and root for in the Underdog. What I and a lot of people love to see in an Underdog is the elation of seeing the Underdog bravely face seemingly insurmountable odds and win, otherwise we are frustrated and consider what we see a mismatch. Who does not love seeing a team come from behind in the last few seconds of a game and snatch victory from the jaws of defeat. Who is not moved when someone plagued with adversity plugs away and not only faces life’s challenges but overcomes with great success?

Trump a govt. outsider and election debutante faced off in a field of 17 primary candidates and than challenged the awaited and anointed heiress to the presidency with the the MSM, DNC, GOPe, the entertainment industry, academia, and elitists both domestic and foreign against him and in spite of all this Trump the Underdog Won Bigly! Americans love it when Underdogs win.

We love underdogs because we see ourselves likewise up against daunting obstacles, i.e., we identify with underdogs.

Personally, I like stacking the odds in my favor. But of course, I love a good underdog story. Rocky! Rocky! Rocky!