Leaders of the org love the anti-Semitic, homophobic, racist Nation of Islam leader. 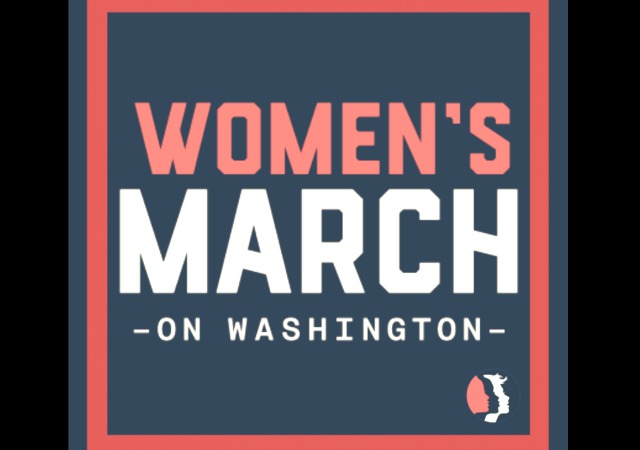 The Women’s March has started to lose staff members and supporters because some of its leaders will not denounce anti-Semitic Louis Farrakhan, the leader of Nation of Islam.

The latest to jump ship is high-profile staffer Alyssa Klein, who quit last week as the group’s social-media director.

Klein called Farrakhan “a dangerous troll,” and tweeted on March 5 that Women’s March leaders are “turning a blind eye to the hate spoken about a group of people.”

Regional branches in Canada, Florida and Washington, DC, have condemned the leadership’s unwillingness to speak out against Farrakhan.

And Planned Parenthood, the movement’s most prominent sponsor, dumped Women’s March Co-president Tamika Mallory as a keynote speaker at a luncheon next month.

Mallory attended a speech by Farrakhan in February that he laced with anti-Semitic and homophobic language. He proclaimed that “the powerful Jews are” his enemy while “[W]hite folks are going down” along with Satan and that “by God’s grace, has pulled the cover off of that Satanic Jew.”

Mallory penned an op-ed in early March, but as I pointed out a few days ago, the lack of self-awareness blew my mind, especially the parts where she wrote that she will stand against anti-Semitism and homophobia. GIRL. You love and defend a man who HATES Jews and gay people.

Not only that, but she even implied that religious leaders should hate Jews because they killed Jesus. (Someone remind her that Jesus was Jewish!)

Leader Carmen Perez loves Farrakhan and notorious anti-Semitic, Israel hater Linda Sarsour spoke at one Nation of Islam even in 2015.

Their support has enraged supporters. The New York Post continued:

“If . . . these Women’s March leaders are attending his sermons and cheering him on, they should be called out and removed from their roles immediately,” Brooklyn activist Tali Goldsheft told The Post.

Goldsheft is behind a Change.org petition that calls on Women’s March sponsors to cut ties to “hate” and seeks a purge of the movement’s leadership.

“You feel stabbed in the back. It feels like someone you trust just punched you in the gut . . . I’m really wounded,” said former Women’s March supporter Nisi Jacobs, 49, a Manhattan resident.

Jacobs, who helped draft the Change.org petition to depose Mallory and the rest of the Women’s March leadership, has launched an alternative group, Women’s March For All.

I honestly doubt that this will affect anyone. After all, we have known for the looooongest time that Farrakhan hates Jews, gays, and white people. Professor Jacobson pointed this out in The Washington Times:

“Many progressive Jews have reacted with shock to the Farrakhan adoration from leaders of the Women’s March,” said Cornell Law School professor William A. Jacobson. “That Farrakhan connection, however, has been public and unapologetic for years.”

Even before Mr. Farrakhan gave a shout-out to Ms. Mallory at his Feb. 25 Saviours’ Day speech, the Women’s March had been accused of anti-Semitism through its link to convicted Palestinian terrorist Rasmea Odeh, who has been embraced by Women’s March leader Linda Sarsour.

“Rather than treating the alignment of the Women’s March leaders with a notorious anti-Semite as an aberration, progressive Jews need to ask themselves whether it reflects a deeper anti-Semitism in the progressive world, masquerading as anti-Zionism,” said Mr. Jacobson, who runs the conservative Legal Insurrection blog.

It’s a little too late to stop this train now. They have been whipped up into such a Trump hating frenzy that they will never be able to do what it takes to excise the cancer that infects the progressive movement and their souls.

“Jews need to ask themselves whether it reflects a deeper anti-Semitism in the progressive world, masquerading as anti-Zionism,”

Not just Jews, but white liberals should ask the same question. As Yuri Brezmenov said, “When military jackboot crushes their balls, then they believe.”. …..

Hello, Women’s March? PBS called; they want their logo back.

I’m still trying to figure out this silly movement and what they are so angry about in the first place. They feed on the lies that women aren’t paid as much as men, which has been debunked so many times, yet the media and these organizers repeat it so they can push hatred and make money off the fools who can’t see beyond their party politics.
The left have zero problems with being contradictory. Just about every core “principle” they have is flawed by the hypocrisy of those very principles. Everything is for “the children”, including abortion – as that saves those lives from being horrible, never mind they end the life. Morality is a commodity they can trade around and twist around to suit the flavor of their outrage of the moment.
They love the Muslims because they are just oppressed and need to be brought to this country in large numbers because they will embrace the liberal culture and ideals, even though the religion/political entity that is Islam is against everything they stand for.
The organizers who embrace the hate of Farrakhan are making money for themselves and giving them fame of sorts.

Women’s March? I won’t give them March, but I am open to giving them February.

I guess there’s a silver lining. I never thought these women had enough Integrity to resign.

next thing you know they’ll be supported the idea that men also deserve Reproductive Rights.

and for bonus points I still have to listen to women whine about they have no “choice”. I don’t get that luxury. she knows that intercourse carries a risk of pregnancy and she chooses to take that risk. she also knows that birth control is not 100% effective yet she chooses to accept that risk also. Women need to start accepting responsibility for the reproductive choices they make, just like the rest of us have to.

How did Mallory, Sarsour and Perez become the leaders of the Women’s March? Did they appoint themselves or were they elected?

They founded it, it was their project from the start, so they elected themselves.