She also implied once that religious leaders should hate Jews. 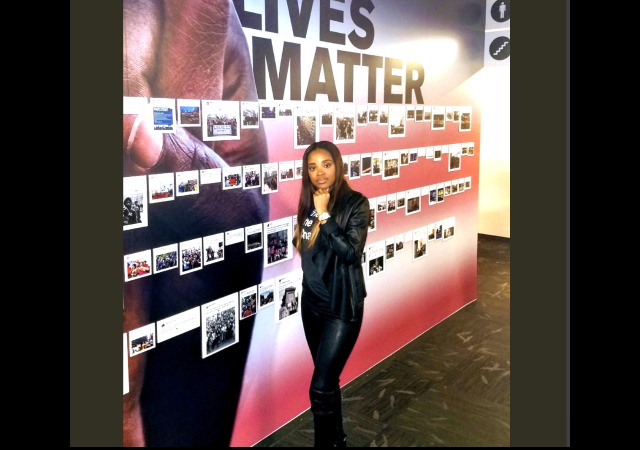 Mallory attended a Nation of Islam convention in February, when Farrakhan railed against Jews and white people. Farrakhan took time out of his speech to praise Mallory, and she was seen on camera applauding at one point during his speech. The Women’s March leader also praised Farrakhan on social media as the “greatest of all time.”

After a backlash from the Anti-Defamation League and other Jewish organizations, Mallory defended Farrakhan by implying that religious leaders are supposed to consider Jews their enemies. “If your leader does not have the same enemies as Jesus, they may not be THE leader!” she wrote on Twitter.

I…I have no words. None.

It’s quite disappointing to see Twitter host Mallory because something tells me the company wouldn’t invite Nazis or members of the KKK.

Farrakhan has captured more heat recently after CNN’s Jake Tapper held the anti-Semite’s feet to the fire. Farrakhan and other supporters, including those in Congress, have vilified Tapper, who is Jewish, and those who dare point out that the Nation of Islam’s leader is a racist bigot.

If your leader does not have the same enemies as Jesus, they may not be THE leader! Study the Bible and u will find the similarities. Ostracizing, ridicule and rejection is a painful part of the process…but faith is the substance of things!

Mallory has had no problem reaffirming her support of Farrakhan. After all, why should she when hardly anyone will push back? She penned this op-ed and the lack of self-awareness blows my mind (emphasis mine):

I am the same woman who helped to build an intersectional movement that fights for the rights of all people and stands against hatred and discrimination of all forms. I am the same person today that I was before Saviour’s Day, which begs the question – why are my beliefs being questioned now?

I was raised in activism and believe that as historically oppressed people, Blacks, Jews, Muslims and all people must stand together to fight racism, anti-Semitism and Islamophobia. I believe that LGBTQAI people are not an abomination or a creation of man, but simply people, and that religion is not to be used as a tool to abuse, divide, harm, bully or intimidate.

She says, “Wherever my people are is where I must be.” So…your people are anti-Semitic racists? OK.

Mallory, you support and prop up a MAN WHO REGULARLY SPEWS ANTI-SEMITIC LANGUAGE. So yes that’s why we’re questioning your beliefs.

What does it mean that “Twitter … hosted Women’s March leader Tamika Mallory”? What did Twitter do? From the story, all I can see is that Mallory was in the spaces (public spaces, presumably) at a Twitter location. Is this some kind of endorsement of Mallory by Twitter?

Can you and I walk into the Twitter office and stand next to a “Black Lives Matter” wall?

I am fine with condemnation of Mallory for her support of that racist scum Farrakhan, but what did Twitter do to endorse her position?

My guess is no one gets past the first floor check and on the twitter levels without invite. The BLM wall is not public access.

Mary, the first tweet in the article is Mallory saying that she found the Black Lives Matter Wall. Nothing about what Twitter did to “host” Mallory or to show support for Mallory.

How publicly accessible are media walls? I’ve never given it much thought.

A ‘no host’ bar versus a hosted bar? Neither of the two examples distinguish between private invite only affairs or public access events.

People make their lives matter by becoming productive law abiding citizens. Some people live lives which make them not matter, as is the case with those in BLM. They seem to be unaware that Black Lies (and Liars)Matter.

No, she implied that if you are a Christian, Jews are going to hate you. Which is true.

I think I misread what you meant.

And she is black, what is the surprise?

I think her “intersectional movement” gibberish is interesting. I suspect that screeching “racist” and #[email protected] for every toe stub is reaching it’s Phoenix like end. So now they are searching for something that can rise from the ashes and fly once again.

What the heck is in the background of that billboard? Looks a bit disturbing to me.

Rabid anti-Semitism is common in black social circles, and of course Islam teaches that the Jews (along with everybody else that resists Islam’s supremacy, but that’s another discussion) deserve destruction. It should therefore surprise nobody that she associates with Farrakhan. It’s unclear to me which came first, the anti-Semitism leading to conversions to Islam (which nurtures the sentiment) or Islam being heavily preached to Blacks leading them to absorb some of its attitudes whether or not they’re Muslim.

I was taught that a significant factor in Black anti-Semitism was that as Jews moved out of their ghetto homes, and Blacks moved in, the small neighborhood grocery stores remained Jewish-owned and operated. The owners could not find anyone to buy the stores. These small stores sold goods at a higher price than the large chain grocery stores, due to the economics — smaller purchases from vendors, higher costs, … the new residents, the Blacks, resented the high prices that small businesses charged, and condemned the Jewish owners/operators.

In addition, the store keepers were not hiring many workers from the new community.

As the Koreans moved in, they took over a lot of the formerly Jewish neighborhood stores, and much of the resentment shifted to the Koreans. The same economic reality causing high prices, the same distrust and resentments.

This could only happen with the acquiencece of the GOP.