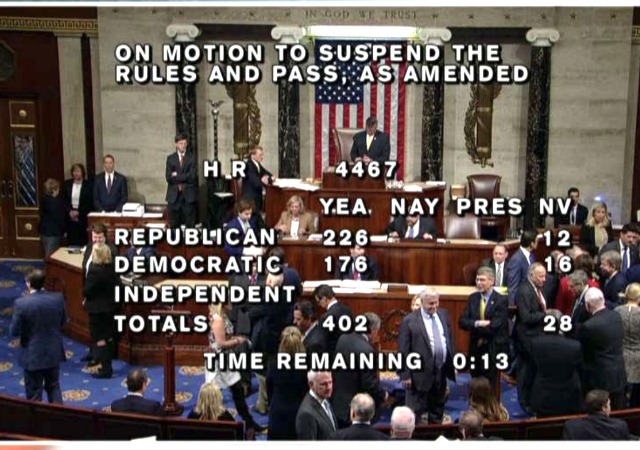 With less than 24 hours to read 2,232 pages, the House has passed the $1.3 trillion omnibus bill to avert a shutdown on Friday. From The Washington Post:

The bill passed on a 256-to-167 vote after leaders of both parties hailed the compromise. At the White House, Office of Management and Budget Director Mick Mulvaney said Trump would sign the bill.

“This bill starts construction on the wall,” he told reporters. “It funds our war on opioids. It invests in infrastructure. It funds school safety and mental health. But what this bill is ultimately about, what we’ve fought for for so long, is finally giving our military the tools and the resources it needs to do the job.”

“If you want to think you’re getting a wall, just think it and sign the bill,” she said.

This is very discouraging.