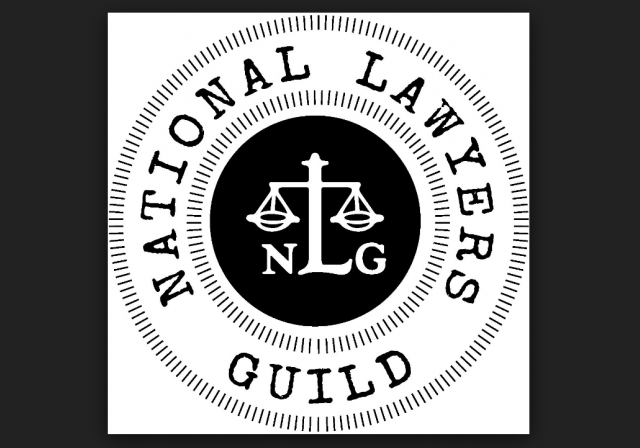 The National Lawyers Guild is a left-wing lawyer organization that, among other things, actively provides legal advocacy in support of the Boycott, Divestment and Sanctions (BDS) movement. NLG also advocates against Israel on a variety of international issues.

NLG is a “proud member” of the U.S. Campaign to End the Israeli Occupation (since rebranded as U.S. Campaign for Palestinian Rights), the group that is so toxically anti-Israel that not a single congressman or congresswoman would sponsor its intended Capitol Hill event.

NLG moved to dismiss the complaint, to strike certain paragraphs, and to disqualify plaintiff’s counsel, David Abrams, because he was a necessary witness in the case. Among other things, NLG argued it would violate its First Amendment rights to force it to run Bibliotechnical’s advertisement, and that the Dinner event was not a public accommodation subject to the anti-discrimination laws cited in the Complaint. 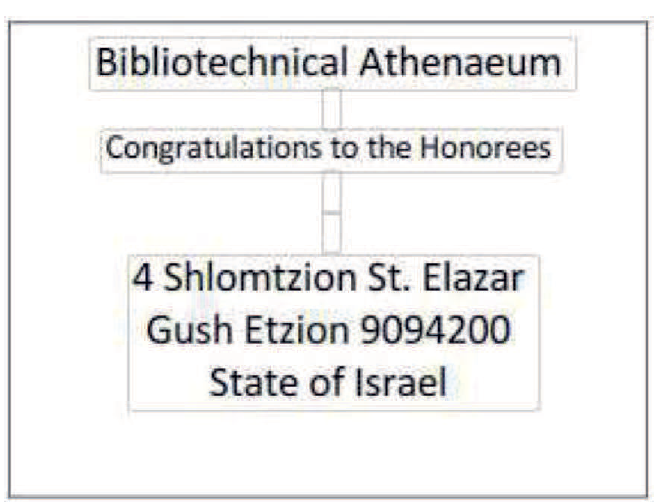 On March 30, 2017, the NY State Supreme Court in Manhattan denied in substantial part the motion to dismiss. [Note: In NY State, the “Supreme Court” is the trial court, the highest court is the Court of Appeals. So this was a trial court decision.] We examined that decision in Court: Discrimination case by Israeli company against National Lawyers Guild can advance.

Subsequently, Benjamin Ryberg of The Lawfare Project substituted as counsel for the plaintiff, and an Amended Complaint (pdf.)(full embed at bottom of post) was filed.

Significantly, the Amended Complaint not only reasserted the alleged public accommodation violations, but also a violation of the New York City and New York State Human Rights Laws that prohibit discriminatory boycotts based, among other things, on national origin:

The Court rejected claims that the Amended Complaint was legally deficient as to public accommodation laws, as explained in the Court’s prior decision.

The Court also rejected the 1st Amendment defense to the boycott discrimination provisions because it was not clear that anyone was attempting to force NLG to adopt a pro-Israel message. The ad in question did not advocate any position on Israel, it simply congratulated the honorees. What NLG objected to, and why it rejected the ad, is that the company was Israeli and listed an address in Gush Etzion.

Was the mere nationality of being Israeli and having an address in  an area some people claim is illegally occupied enough to assert that running the ad became forced speech? The court held, at this motion to dismiss stage of the case, that NLG had not demonstrated that it was being forced to adopt pro-Israel speech.

The Order Denying Motion To Dismiss Amended Complaint (pdf.)(full embed at bottom of post) provides in part as to the 1st Amendment defense:

Turning now to the merits of the First Amendment argument, I find that it is not a sufficient basis to dismiss the complaint at this stage. To be sure, the constitutional protection of free speech extends to “the right to refrain from speaking” (Wooley v Maynard, 430 US 705, 714 [1977]), as well as the right to be free from government-compelled speech or conduct. See Rumsfeld v Forum for Academic and Institutional Rights, Inc., 54 7 US 4 7, 61, 126 (2006). Thus, the government may not require an individual to speak a governmental message, nor may it require an individual “to host or accommodate another speaker’s message.” !d. at 63. In assessing whether an individual is being improperly required to engage in forced speech or expressive conduct, the Supreme Court has held that the threshold inquiry is whether the conduct allegedly compelled was sufficiently expressive so as to trigger First Amendment protections. See Clark v Community for Creative Non-Violence, 468 US 288, 294, n. 5 ( 1984); see also Catholic Charities of Diocese of Albany v Serio, 28 AD 3d 115, 129 (2006), affd. 7 NY3d 510 (2006). Conduct, in turn, is considered inherently expressive when there exists ‘” [a ]n intent to convey a particularized message”‘ as well as a likelihood that the intended ‘”message [will] be understood by those who view[] it.”‘ Texas v Johnson, 491 US 397, 404 ( 1989) (quoting Spence v Washington, 418 US 405,410-411 [1974]).

Under those standards, I cannot say on the papers before me that the complaint must be dismissed. Without having the benefit of discovery, it is questionable whether the proposed advertisement is forced speech. The advertisement, which simply stated that Plaintiff congratulated the honorees at the dinner and listed an address, is not so different from many of the others appearing in the Dinner Journal. It is therefore  questionable whether there is a likelihood the Guild would be perceived as endorsing any Israeli government policies as opposed to merely complying with antidiscrimination laws. In other words, it is not clear from the complaint or documentary evidence that the speech in question triggers First Amendment protections.

It bears repeating that this is a motion to dismiss. The allegations contained in the amended complaint, namely that Plaintiff was discriminated against on the basis of its national origin, must be deemed true for purposes of this motion. See Roni LLC v Arfa, 18 NY3d at 848; Leon v Martinez, 84 NY2d at 87-88. The pleadings are supported by an email, purportedly written by the “NLG National Office,” which unequivocally states· that the advertisement was being rejected on the basis of Plaintiffs national origin. While the Dinner Journal circumstantially evinces Defendants’ political affiliations, it does not totally undermine Plaintiffs allegatio~s or the email in question so as to establish a complete documentary defense.

In sum, this case may eventually turn on the First Amendment, but the issues presented on this motion must first be borne out through discovery before the court can make that determination.

As the Court’s opinion indicates, this is not a determination of guilt, it’s only a determination whether the pleading survives. But it is significant in brushing back the constitutional challenge to the boycott discrimination laws.

In a press release, The Lawfare Project explained:

The lawsuit broke legal ground by arguing that New York City and State Human Rights Laws, specifically their anti-boycott provisions, prohibit BDS-motivated commercial discrimination. After rejecting the second motion to dismiss, the Court set a meeting of the parties for March 26, 2018, at which time the case will move into the discovery phase.

“We are pleased with the Court’s well-reasoned and just decision to deny the National Lawyers Guild’s motion to dismiss and allow this case to proceed,” said The Lawfare Project’s Chief Operating Officer, Benjamin Ryberg, who is acting as lead counsel in this suit. “The discriminatory motivation behind their rejection of our client’s advertisement could not have been made clearer by the Guild’s National Office.”

“It is heartening that the Court recognizes the strength of this case and the frivolity of NLG’s arguments,” added David Abrams, Bibliotechnical’s principal officer and a lawyer with the Zionist Advocacy Center. “I am confident that the Court will enforce New York’s anti-discrimination laws fairly to protect persons and entities of all national origins.”

if the organization is 301c can we get them removed from charity tax free status ?

notamemberofanyorganizedpolicital in reply to 4th armored div. | March 9, 2018 at 4:59 pm

I’m not a fan of this, any more than I’m okay with any of the other “public accommodation” suits. Is it bad that the organization is discriminating against Israelis? Of course. They should be publicly vilified for it.

But that doesn’t mean that they should be subject to a lawsuit. Freedom of association is a thing.

notamemberofanyorganizedpolicital in reply to FlareCorran. | March 9, 2018 at 5:19 pm

Professor Jacobson would know better than us, but I believe the point is this is WAY BEYOND stupid associations……

Genuine Shocker: The Washington Post Reports That Keith Ellison Has Been Lying About His Support of Louis Farrakhan
—Ace

The shock is not that Ellison has been lying about his close association with Calypso Richard Spencer, but that the Washington Post actually reported on it.

If freedom of association really existed I’d agree with you. But as it’s practiced today it is just another hammer against any conservative viewpoint. Refuse to bake a cake? Refuse to officiate at a gay wedding? Belong to the civil rights group called the NRA? Bad. Bad. Bad. Want to associate with antisemitic, terrorist supporters – well there you go – that’s freedom of association.

notamemberofanyorganizedpolicital in reply to rabidfox. | March 9, 2018 at 6:14 pm

Exactly what you said!