The backlash is epic! 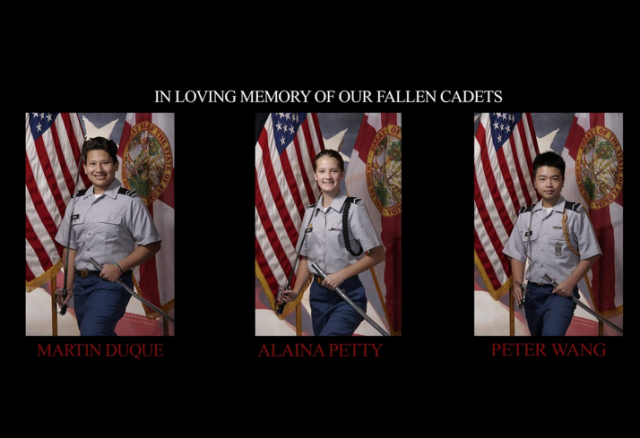 During the slaughter at the Marjory Stoneman Douglas High School, several of the Army Junior Reserve Officer Training Corps cadets acted heroically to save the lives of their classmates.

Three of them, Cadets Peter Wang (15), Alaina Petty (14) and Martin Duque (13) were gunned down during their rescue efforts. We noted that these three young heroes had been accorded various military honors when they were laid to rest.

Now, one of the most loathsome groups of social justice warriors is demanding the end to the JROTC program in schools.

While students across the country participated in mass walkouts for gun control on Wednesday, CODEPINK tweeted that they want to remove JROTC and the NRA from schools, despite the fact that JROTC students saved lives during the shooting.

“We must pass gun laws, get JROTC and NRA out of our schools, and #DivestFromWar,” CODEPINK wrote.

Congressional hearing about Parkland shooting, guns and school safety happening now @SenFeinstein says there is nothing we can do except say “sorry”. Yes there is. We must pass gun laws, get JROTC and NRA out of our schools and #DivestFromWar pic.twitter.com/kHGI0kgaZZ

Normal, rational people were furious at this idea.

Now the US military is at fault too. Amazing. The stupidity of people like you is grossly disappointing and frankly disgusting. How about honoring the JROTC heroism that occured during the attack. You people are absolutley disgusting.

Perhaps the angriest were parents (including myself), who have children that thrive in the JROTC program.

Code Pink wants to eliminate JROTC. I know my son has had a better future bc of his service in he military. Military helps level playing field, gives minorities a leg up bc of their service. To see a minority advocate against it is silly to me

Fox News covered the predictable backlash to the hyper-politicized inanity.

In contrast to the “violence” CODEPINK asserts that JROTC is promoting, JROTC students are working to make the country a better place to live. A group of Kentucky cadets recently spent their day cleaning a park:

…The clean-up was part of their annual service learning project, and also serves as a way to prepare for their upcoming Raider event. Stepp said cadets picked up trash throughout the park, cleaned up the fire pits and the camping area, removed large branches and even cleared the beach of any debris.

Another JROTC cadet recently used his training to save a man involved in a car wreck.

When he got to the scene, [Mount Tabor High School junior Malik] Sheppard says there was a woman trying to get one of the doors open, while the unconscious man was still inside. While remaining calm, Sheppard put his JROTC training to use.

“I had to actually put more force into it, so I had to put my body into the door, so it could actually crack open,” he recalled. “I guess you would say it was just more of an in that moment thing, I have to get this done before something worse could possibly happen.”

The toxic, anti-male vitriol tossed out by CODEPINK is in direct contrast to the reality of the program.

On a personal note, my son has really matured since he joined his high school’s JROTC program in September. He is now Cadet Petty Officer Third Class, and is now making plans to apply to the US Air Force Academy. 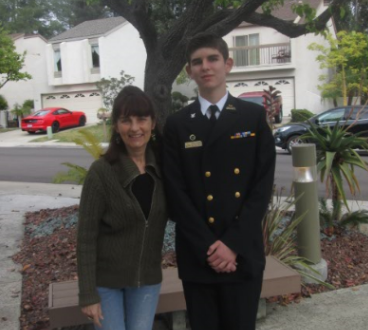 Interestingly, the Cadet Commander of that group is female. She is heading to the Air Force Academy next year. I thought CODEPINK was about female empowerment?

On a more serious note: For those who may be interested in donating to the Parkland school’s JROTC group in honor of the fallen cadets, the link to the fundraising shop is HERE. Supporting these programs robustly is the best way to battle social activists.

During the Gulf War, Code Pink protested outside Walter Reed and Matt injured troops being bi stand with signs that read “Maimed For A Lie”

Can you restated that in properly edited English?

Edited
During the Gulf War, Code Pink protested outside Walter Reed and met injured troops being bussed in with signs that read “Maimed For A Lie”

Just went into hibernation; reptiles do that.

Yes, makin’ mock o’ uniforms that guard you while you sleep
Is cheaper than them uniforms, an’ they’re starvation cheap…

For it’s Tommy this, an’ Tommy that, an` Chuck him out, the brute! ”
But it’s ” Saviour of ‘is country ” when the guns begin to shoot…

Any bets they don’t even teach Kipling anymore?

“People sleep peaceably in their beds at night only because rough men stand ready to do violence on their behalf.”
George Orwell

“If your officer’s dead and the sergeants look white,
Remember it’s ruin to run from a fight:
So take open order, lie down, and sit tight,
And wait for supports like a soldier.
Wait, wait, wait like a soldier . . .

Not likely the kind of thing they want floating around in Angela Merkel’s/Theresa May’s multi culti Disney world.

Liberal activists are insane. get used to it.

Law enforcement agencies have been obtaining high grade recruits from JROTC and ROTC programs for years. Some went into the military, but some did not, because, up until 9/11/2001, the military did not need as many cadets as were graduating. These cadets made very good police recruits for a number of reasons, one being their desire to be of service to their country and communities. After 9/11, LE lost most of these potential recruits, and others, because they went off to protect their communities from within the military. These are the people who we turned to when our country was in danger. These are the people who gave their lives, their limbs, their sanity to protect us. And, to protect the insane members of Code Pink.

I think we have a very good idea which organization we can best do without.

Absolutely! Let’s get rid of the organization who trained the people who took action to save lives while the cops cowered behind their cars….BRILLIANT!!!! /sarc off!

So Code Pink thinks they are going to achieve world peace, stop school shootings, and so forth, by wearing silly hats and using harsh language? Where do these idiots come from? Evidently, America has been so successful at protecting our citizens and way of life that we now have as a natural result various organizations that are completely out of touch with reality. I wonder if those involved with Code Pink understand how foolish they look, how silly their demands are, or how no one of any consequence supports them while everyone else laughs at them?

We have stopped evolution, by protecting people who should have been purged from the gene pool.

Well, that explains the use of the word “divest” in the hashtag, then.

My daughter was in JROTC. She’s now in college, and has held multiple internships. Her bearing is much more mature and professional than most of her peers–the product of time spent on drill, ceremonies, and being a leader. She isn’t going into the military–but she’s got doors opened for her that she wouldn’t have, otherwise.

I have an idea for the students. STOP KILLING EACH OTHER! You won’t feel the need to march.

These “liberal” groups seem awfully Red to me.

What a bunch of losers.

Who are these people to demand anything?

Code Pink is just another Soros funded lefty organization that battens on anything that can be used to under cut America and American values.

I believe there is already a federal law that high schools who deny access to their premises to military recruiters lose federal aid. Not sure if it also relates to JROTC but if it does not, it should be amended in the same way. The loss of federal funds should be a strong reminder to school authorities that they are part of this nation and if they do not want to support efforts to defend it, they should get no taxpayer funding.