Series about undercover Israeli counter-terror units is sweeping the world, with a large Arab audience, so of course the BDS cultural thugs want it stopped. 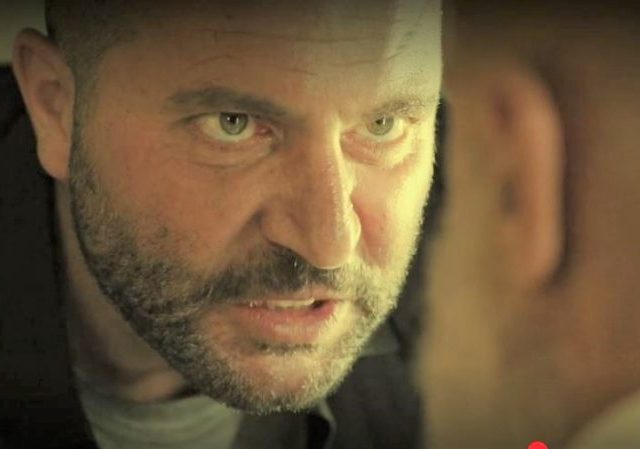 I’ve never seen the Israeli series “Fauda,” but it certainly has received a lot of buzz.

The series, in Arabic and Hebrew, details Israeli undercover units operating in Judea and Samaria (the West Bank) against terror suspects. From the few clips I’ve seen, it’s something along the action level of “24” though not on a 24-hour timeline.

The series is complicated in its politics, portraying the personal level of the conflict.

The Jerusalem Post reports on the success of the series:

Fauda, a Yes satellite-network show that dramatizes the Israeli-Palestinian conflict and Israeli intelligence efforts, has seen huge success and broke a record by taking home 11 prizes at the Israeli Academy for Film and Television awards in March. The Hebrew/Arabic series has also become a worldwide phenomenon and won international acclaim when it was picked up by Netflix, where it can be seen with subtitles in English and many other languages.

The cultural thugs at the Boycott, Divestment and Sanctions (BDS) Movement have taken notice. BDS, formed at the anti-Semitic 2001 Tehran and Durban conferences, not only disrupts Israeli and pro-Israel speakers on campuses and seeks academic boycotts, it also seeks to impose a cultural boycott.

BDS has written a threatening letter to Netflix, as Haaretz reports:

The international Boycott, Divestment, Sanctions movement has called for Netflix to remove the hit Israeli show “Fauda” or face legal action due to what they claimed was the show’s complicity in Israel’s occupation of the Palestinians.

The Israeli series “Fauda” has enjoyed a success both domestically and internationally, and Netflix has announced the release of its widely anticipated second season this May 24.

Purporting to show how Israeli special units and secret services operate in the Palestinian territories, the popular series has attracted criticism by anti-occupation activists and critics who see the display of violence against Palestinians as distasteful.

Until Wednesday, however, no public challenge like the one potentially posed by the BDS movement has challenged the series’ success. Calling “Fauda” a medium for “racist propaganda for the Israeli occupation” and an “ostentation of aggression” against the Palestinians and their struggle for liberation, the BDS movment accused Netflix of being a partner in crime of the occupation.

The Times of Israel reports on how the creators of the series think the BDS attempt to bully Netflix will backfire:

In a response to the letter, Issacharoff, who writes for The Times of Israel, said he regretted the BDS action but welcomed the publicity.

“We want to thank the BDS movement in whose merit those Palestinians who have not yet seen ‘Fauda’ will now find a way to watch the series,” he said. “Just yesterday we talked with a friend in Gaza who didn’t stop praising the first season of the series.”

“It is regrettable to see the BDS movement trying to harm an Israeli work whatever it may be, no matter what its content,” he continued. “We have no choice but to wish them no success.”

Is there a big takeaway from this? Yes.

BDS is the enemy of freedom, it seeks to slam university doors shut and to censor what you are allowed to watch.

I binged watched the 1st season on Netflix and loved it. I can’t wait for the 2nd. I’m excited about successful Israelis in pop culture like Netta Barzilai because they can be enjoyed by millions and it’s frankly such good PR.

If Netflix caves, they’re going to find out what happens when you “pay the Dane.” It’s not as if this will be the last demand (from BDS and others) to limit what’s available from Netflix.

I wonder who will ask new Netflix BoD member Susan Rice about her position on this matter.

Thanks, BDS, for tipping me off to a great show I would otherwise have missed! And everyone says BDS is useless…

Exactly! I never heard of this show until I read this.

wow did I mess up spelling there. preoccupied, sorry

I had never heard of this series before. Oddly, I now want to see it if only to know what the fascists don’t like.

I’ll go find it on Netflix right after I send another donation to NRA-ILA. Earlier this month I signed up for 2 years of JPFO (Jews for the Preservation of Firearm Ownership). The commonality is Firearms, they welcome goyim like me. That little creep Hogg will have me signed up for another one or two before he’s done.

I am not by nature a violent man, yet every time I see David Hogg I have the irriststable urge to curb stomp him.

Very exciting and heartbreaking at the same time.

Now I have to watch this.

Darn, we just cancelled Netflix due to Rice and Obama. I wonder if I can stream it from Israel?