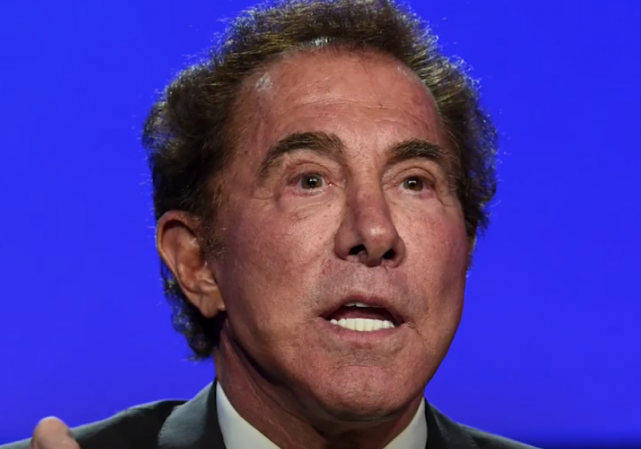 Thursday, the Penn Board of Trustees along with the university’s president published a letter to the Penn Community announcing their decision to revoke the honorary degree previously awarded to Steve Wynn, a former Penn Trustee and College alumnus. The university will also remove Wynn’s name from Wynn Commons as well as a scholarship fund he created.

The decision was unanimous.

Wynn resigned from his post as RNC Finance Chair after allegations of sexual harassment.

In the same letter, the university announced it was also revoking Bill Cosby’s honorary degree.

Late last week, multiple credible reports emerged in the national press detailing pervasive and decades-long acts of sexual harassment and intimidation by Steve Wynn, former Penn Trustee and College alumnus. The nature, severity, and extent of these allegations, and the patterns of abusive behavior they describe, involve acts and conduct that are inimical to the core values of our University.

While Mr. Wynn has denied the allegations, the reputational impact of what has been reported is so significant that Mr. Wynn resigned from his position as finance chairman for the Republican National Committee. Further, the board of directors of Wynn Resorts has formed a special committee to investigate the allegations of sexual misconduct made against him. And gaming regulators in both Nevada and Massachusetts are also investigating.

In the wake of the substantive and detailed press reports, and of consequent actions by fiduciary and regulatory bodies, we felt it was imperative to examine Mr. Wynn’s recognized presence on Penn’s campus. We hold as a sacred commitment our responsibilities of stewardship of our University’s reputation. As chair of the Trustees and president of the University, we have a leadership responsibility and must always think and act on behalf of what is best for Penn and our core values. Perhaps nowhere is the need for clarity of purpose and action more important than in matters with such potential impact on the ethos of our society and our University community.

To that end, we convened a small group composed of trustees, alumni, deans, and faculty who deliberated carefully on the nature of the charges made against Mr. Wynn and the correct course of action the University should take in response. That group made recommendations to the Executive Committee of the Board of Trustees, which unanimously accepted them on behalf of the Board, and which will result in the following immediate actions.

First, we will remove the name Wynn Commons, named for Mr. Wynn, from the centrally located outdoor plaza bounded by Houston Hall, Claudia Cohen Hall, College Hall, and Irvine Auditorium. Second, Mr. Wynn’s name will be removed from a scholarship fund established by a donation from him. The scholarships will continue to be awarded. Third, we will revoke Mr. Wynn’s honorary degree.

At the same time we are taking these actions, we will also revoke the honorary degree awarded to Bill Cosby, who has similarly been accused by multiple parties of sexual assault.

It has been a century since the University of Pennsylvania last revoked an honorary degree, and we do not take that decision – or the decision to remove Mr. Wynn’s name from the Commons and from the scholarship fund he created – lightly. We view these as extraordinary and essentially unique circumstances that call for an immediate, decisive, and clearly ethical response. The decision to remove the name Wynn Commons could not be made independently of considering the other ways in which the University had previously recognized Mr. Wynn. It became necessary, therefore, to consider the appropriateness of Mr. Wynn’s honorary degree and any other honorifics Penn had previously bestowed. Upon careful consideration, when it became clear that the Wynn name should be removed from visible public recognition on Penn’s physical campus, it was no less incumbent on the Trustees to remove that name from the roster of those holding the University’s highest symbolic honor. That decision in turn made it also clear that the multiple and highly credible charges involving Bill Cosby warranted the same action.

Our nation is currently undergoing a profound reckoning regarding the role and extent of sexual misconduct in all areas of our society. It is incumbent on all of us to address these issues wherever and whenever we find that they affect our extended community. As a University, we have always been, and will always continue to be, looked to by our alumni and neighbors, our faculty, and most of all by our students, for moral leadership. We must not – we cannot – fail to provide it.

Will they give him back the money, with interest?

I’m sure as “h-e double hockey sticks” that they won’t.
Afterall, there is a reason that you must pay all outstanding monies for they give you a diploma.

Then they have no right to take his name off it.

They sure as f-horseshoe-c-k can’t take away his certificate. He already framed it and put it up on a wall.

Will Penn give his tainted, filthy, blood money contributions back to him? Surely Penn can’t keep them.

It has been a century since the University of Pennsylvania last revoked an honorary degree, and we do not take that decision – or the decision to remove Mr. Wynn’s name from the Commons and from the scholarship fund he created – lightly.

I find it extremely difficult to imagine that in a century the university has not given an honorary degree to rogues much worse than either Wynn or Cosby. Will they now go through the list and weed out anyone who doesn’t stand up to the new standard of scrutiny? Communists, fascists, racists, etc. Toss ’em all out. But no, I don’t think they have the slightest intention of doing so.

How’s this for comedy? —

List of awards and honors received by Hillary Clinton:
https://en.wikipedia.org/wiki/List_of_awards_and_honors_received_by_Hillary_Clinton

It even gets funnier:

in being a grifter,

The Cooters don’t have anything on the Clintons,

Another adjudication of guilt and rendition of punishment with no notice, no opportunity to he heard, no evidence, no admissions by the accused, and no confrontation of the accusers (whose identities largely remain unknown).

If I were Wynn, I’d demand a refund. Litigation may not be worth it because he prefers that this blow over in a few months and be replaced by some other poor bastard’s sex scandal.

Oh, spare me. This is a publicity stunt.

I would be more impressed with a forward-looking discussion designed to make the student body in general, that is both boys and girls, thrive. I don’t think this step is even remotely likely to yield positive results.

Men and women are equal in rights and complementary in Nature.

Agreed. Men and women are meant to love one another, and help each other out. Any society that does this will prosper.

Well, thank goodness a white guy came along, so they wouldn’t be castigated for persecuting just the black guy.

Bill Cosby, who has similarly been accused by multiple parties of sexual assault.

“Similarly”? I recall rather a lot of courtroom action and criminal charges in Cosby’s case. Doesn’t sound all that “similar” to me.

Yep, this is just stink with a napalm topping.

Pathetic. Since they’re probably all far left democrats, I bet they were just busting to do this to a Republican.

Does this cause an issue with the donation if they do this?

Following due process, and establishment (beyond a reasonable doubt) of culpability, he will be rightly deemed unworthy, and maybe also unviable, followed by a summary abortion by scalpel or dunking at the nearest Planned Parenthood.

Wynn should have them all whacked.

I was unaware that a granted honorary degree could be un-granted. Will they break into Bill’s house and remove the framed certificate from his wall?

Any degree can be un-granted.

Penn State needs to be fair and demand these institutions do the same for Bill Clinton.https://en.m.wikipedia.org/wiki/List_of_honors_and_awards_received_by_Bill_Clinton

Penn State, where all pedifiles are endured…

They’re in the same business that hired Bill Ayers and they want us to believe they have standards?

When a school announces they are taking off the name of the person who paid to build a building, that person should give the school 48 hours to remove whatever the school paid to put into it. At the end of the 48 hours, that person should raze his/her building and sell the building material for scrap. Same goes for organizations that raise money to install statues. If the statue later gets taken down, that organization should get dibs on what happens to it.

Well– this is P.U. after all

He made the money he donated off of gambling which was illegal in Pennsylvania when the took the money, but now they claim to have scruples?

Wynn did not use drugs or physical force, he just made them financial offers they were loath to refuse. No honey ,no money.

I bet they won’t give the building back; their hypocrites.

Why didn’t the university take a breath and consider that they are doing this without allowing some kind of official hearing of evidence. Thus they accept the destruction of someone’s reputation without a hearing where that person could defend themselves. Since such proceedings seem to be going on elsewhere, the university should have waited for findings from those, then decide what to do when those findings could be weighed when making the university’s decision.

Well they can of course “take back” any honorary degree if they want to, for any reason whatsoever. That being said, their “reasons” show how hypocritical they are. Based on that “logic” if they had given honorary degrees to bill or hillary, or algore, or any liberal, then those too must be taken back. No only two and only conservatives.