“The proof is in the paycheck” 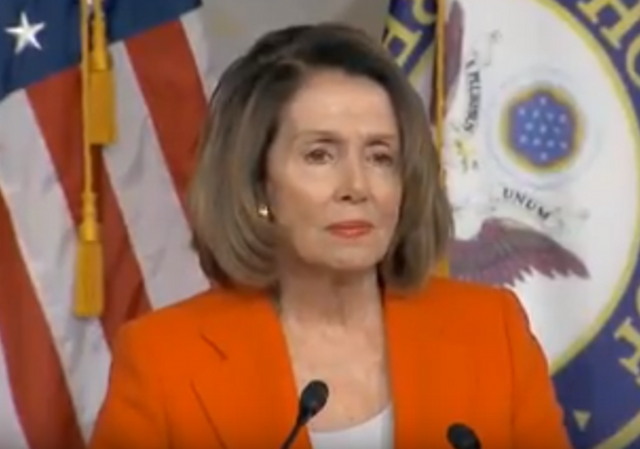 Democrats have done their best to downplay the significance of the recent tax reform bill. Nancy Pelosi even repeatedly referred to the benefits as crumbs. Unfortunately for them, millions of Americans are enjoying bonuses and higher pay.

This new reality is causing some concern among Democrats who want to believe they’ve already sewn up this year’s midterm elections.

America is warming up to the Republican tax cuts — and Democrats are starting to get worried.

Recent surveys have found growing support for the GOP overhaul of the tax code amid relentless messaging from Republicans and a barrage of businesses announcing bonuses and pay increases.

The momentum is increasingly leaving Democrats on the defensive on the kitchen-table economics they believe will be critical to victory in November’s midterm elections. In an open memo this week, Democratic super PAC Priorities USA said the party’s message has gotten drowned out in the debate over the tax plan.

“While Republican gains have not been enough to counter the extraordinary political environment for Democrats, it is imperative that Democrats return to focusing on the economic message and counter the narrative being pushed by the White House, Republicans in Congress and their special interest backers,” the group said.

Senator Orrin Hatch recently highlighted some of the successes of reform while taking a little dig at Democrats:

Trump knows an advantage when he sees it and has been reminding people about the good news.

Trump touts bonuses, raises for workers as a result of tax reform

President Trump claimed more than 4 million people have received a bonus or raise due to the tax reform legislation passed at the end of 2016.

“4.2 million hard working Americans have already received a large Bonus and/or Pay Increase because of our recently Passed Tax Cut & Jobs Bill….and it will only get better! We are far ahead of schedule,” Trump tweeted Sunday.

4.2 million hard working Americans have already received a large Bonus and/or Pay Increase because of our recently Passed Tax Cut & Jobs Bill….and it will only get better! We are far ahead of schedule.

Just being anti-Trump was never going to be enough for Democrats to run on, but tax reform is becoming a major obstacle for them. How can they possibly run against it?

For the sake of truth-telling, there was no “tax reform”. There were tax cuts, and they weren’t even “historical”.

That they ARE yielding very wonderful benefits is a given, and suggests what real “tax reform” could do for the American economy.

But note that what the Feds giveth, they can take away…
https://hotair.com/archives/2018/02/14/white-house-open-paying-infrastructure-spending-25-cent-gas-tax-hike/

Care to bet which would be transitory and which permanent?

Sounds reasonable, but I think I’ll wait for someone with credibility to say it.

Raghead the moby trolling away again

notamemberofanyorganizedpolicital in reply to maxmillion. | February 15, 2018 at 3:37 pm

Aarradin in reply to notamemberofanyorganizedpolicital. | February 16, 2018 at 2:55 am

Fuel taxes to pay for transportation infrastructure are rational, provided the services are well managed.

But since we long ago gave the government a monopoly on streets and highways, performance is kind of moot.

I’ve often wondered what would happen if people were allowed to earmark a small percentage of their taxes for specific programs or projects. I bet even one or two percent would have an impact.

“I’ve often wondered what would happen if people were allowed to earmark a small percentage of their taxes for specific programs or projects.”

They are. Look up “municipal bonds”. There are other types, as well.

Those that (still) have jobs may be enjoying bonuses and raises, but those who lost work during the Obama years are not.

The Democrats are in denial over the extra money in middle class paychecks and we’re not talking about a river in Egypt. I handled the January 15 and January 31 payroll for a company that had identical gross pay for all its employees in both periods. You can get my results and my Leftist friend’s reaction to the facts here:

Bottom line is that average take home pay increase for the entire company was 5%.

I was pleasantly shocked to see a very very nice increase in take-home pay in January’s paycheck.

That was a month ahead of the promised schedule…..

Trump and republicans are missing an opportunity to educate people about the nature of corporate taxes. Simply put, they should be saying:

“Don’t let anyone tell you that corporations don’t paint their fair share, because when their taxes were lowered, many companies paid their employees more with bonuses and raises. Taxes on corporations hurt the workers in the company by taking away money that they could pay to you”

How dare Trump and Congress conspire to buy votes by letting people keep more of their own money!

How dare Trump and Congress conspire to buy votes by letting people keep more of their own money!

notamemberofanyorganizedpolicital in reply to Neo. | February 15, 2018 at 3:28 pm

Those are some mighty delicious and might large “Crumbs!”

It’s official. Either LI has to institute a “no Pelosi photos” policy or I need to stop reading LI during breakfast.

Or, you could just think of it as a weight loss program.
Her photo in the morning will suppress your appetite all day long.

I enjoy watching them and their MSM handlers spin. My favorite is claiming the tax cuts for the middle class expire knowing full well they will be made permanent later and they other various hysterics. Incredible liars they all are…

I wonder who wrote the questions for her?

D’s seriously miscalculated on this.

They really thought that these tax cuts would be hugely unpopular, the way Obamacare was, and that they’d be able to run against them in 2018 and beyond.

“Evil, not Stupid” – well, this time, they were incredibly stupid.

Every R in the country is going to be running on these Tax Cuts, and the D’s still have nothing but Trump Hate. Even Hillary had “my turn” and “elect the candidate with the vagina” going for her.