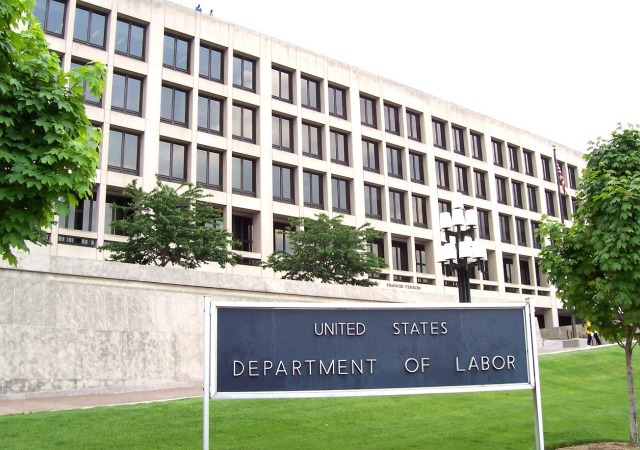 2018 has started off with a bang as the January jobs report showed the economy added 200,000 jobs during the month while the unemployment rate steadied at 4.1% for the fourth straight month. That’s the lowest it’s been since December 2000.

Total nonfarm payroll employment rose by 200,000 in January. Employment continued to trend up in construction, food services and drinking places, health care, and manufacturing.(See table B-1. For information about the annual benchmark process, see the note and
table A.)

Construction added 36,000 jobs in January, with most of the increase occurring among specialty trade contractors (+26,000). Employment in residential building construction continued to trend up over the month (+5,000). Over the year, construction employment has increased by 226,000.

Employment in food services and drinking places continued to trend up in January (+31,000). The industry has added 255,000 jobs over the past 12 months.

In January, employment in manufacturing remained on an upward trend (+15,000). Durable goods industries added 18,000 jobs. Manufacturing has added 186,000 jobs over the past 12 months.

The government shutdown from January 20 – 22 meant the Labor Department had to suspend its household surveys. Thankfully, though, the department said that “there were no discernible efforts.”

But as jobs have grown, Joseph Brusuelas, the chief economist at RSM US LLP, said that people have not talked about scarcity of labor:

“With little to no slack left in the economy, the major challenge for both policymakers and firm managers is where will businesses find the workers to meet growing demand in a new economy increasingly organized around science, mathematics and technology in a tightening labor market.

“Given that there is roughly one worker per job opening in the economy, the narrative inside the labor market is rapidly shifting from that of triumph to that of concern amongst firms of all sizes over how to fill positions among labor scarcity. Due to misaligned immigration policies during a time of economic acceleration and the lack of those that are willing and able to work, firms are about to enter a period of rapid integration of technology as a substitute for labor to avoid growing bottlenecks in production and the provision of services. In a rational world, this would be a major inflection point stimulating profound public debate, Congressional hearings and a Presidential commission to map out possible policy paths in an age of Artificial Intelligence. Instead all we get is an already tired juvenile discussion around who gets political credit for the secular improvement in job creation and the economy.”

Despite this, experts believe the economy will keep growing in 2018 due to “solid consumer and business confidence, stronger conditions overseas and tax cuts at home.”

Jason Patrick owns the Express Employment Professionals office in Nashville, TN, and he told WSJ that “the tightening labor market means more workers are jumping to new jobs compared with recent years.” Employees have chosen to leave and find better opportunities when their “employers are not adjusting their current pay scale to reflect the realities of the market.”

This has raised competition, which has led companies to make changes to keep these employees. Yes, they raise wages, but Patrick said “they are having to provide more training, more development for their people, better engagement with their employees.”

The report also showed that wages went up 0.34% in January, which puts it up 2.9% over the year. From The Wall Street Journal:

Average hourly earnings rose 2.9% in January from a year earlier, the strongest gain since 2009 and above the 2.6% gain economists had forecast. Compared to the prior month, wages rose 0.3% in January.

The data signals that a tight U.S. labor market is finally beginning to filter through into higher pay for workers. Many investors believe wage growth will propel broader measures of inflation growth by allowing companies to raise prices.

Still the latest gain is still slightly below prerecession rates. The year before the recession began in late 2007, wage rose a better than 3%.

One caveat: the average workweek deceased last month, so weekly paychecks are growing at slower rate than hourly wages. For the month, hourly wages grew 9 cents, or 0.34%, in January from a month earlier.

Maybe Nancy meant it would be armageddon for the Democrats!

notamemberofanyorganizedpolicital in reply to rustyshamrock. | February 2, 2018 at 2:01 pm

What is that muffled sound I hear?

Oh it’s Nancy and the Democrats buried alive in an avalanche of crumbs…..

“With little to no slack left in the economy…

Bull. The legacy of Obamacare took a large number of people who struggled to make ends meet on a part-time work week of 39 hours into a larger number of people working two or three *different* jobs to make those hours. The transfer of part-time to full-time work should help boost the strength of the economy even more, and after *that* happens, there will be less slack in the job market.

notamemberofanyorganizedpolicital in reply to georgfelis. | February 2, 2018 at 2:02 pm

There’s miles of “slack” yet.

There is no “scarcity of labor” yet. In certain fields and geographies there may be a shortage of in demand skill sets (it remains a great time to be a software engineer in Boston, NY or the Bay area) but otherwise, labor force participation remains at 62.7% which is near historic lows.

“the lack of those that are willing and able to work”… the problem lies more with the “willing” than the “able”. There are far to many able bodied people sitting around collecting a myriad of government handouts (especially SSDI) who could and should be working.

Labor force participation was over 67% in 2000 and remained over 66% as recently as 2008 before plummeting during the Obama years.

To put this in perspective, a return to 66% participation would mean 9 Million people returning to the workforce.

Yup… I hope welfare reform is high up on Trump’s “to-do” list. If he could just get things back to where they were under Clinton and Gingrich it would be a huge improvement.

Liberals counter that LFPR’s decline has been due to Boomers retiring, and admittedly I’m not savvy enough on these numbers to counter that cleanly. Thoughts?

notamemberofanyorganizedpolicital in reply to healthguyfsu. | February 2, 2018 at 2:03 pm

Reality is that the opposite is true. More older Americans are working than ever before, many because they have to. The damage the recession wreaked on asset values combined with historically low interest rates, which make it difficult to generate passive income, has led to more and more Americans of retirement age working.

Pew has several reports on this here is a quote from one and a link for more details:

“In May [2016], 18.8% of Americans ages 65 and older, or nearly 9 million people, reported being employed full- or part-time, continuing a steady increase that dates to at least 2000 (which is as far back as we took our analysis). In May of that year, just 12.8% of 65-and-older Americans, or about 4 million people, said they were working.”

What IS unprecedented is the godawful rise of 18% in SSA Disability rolls during the Obama administration.