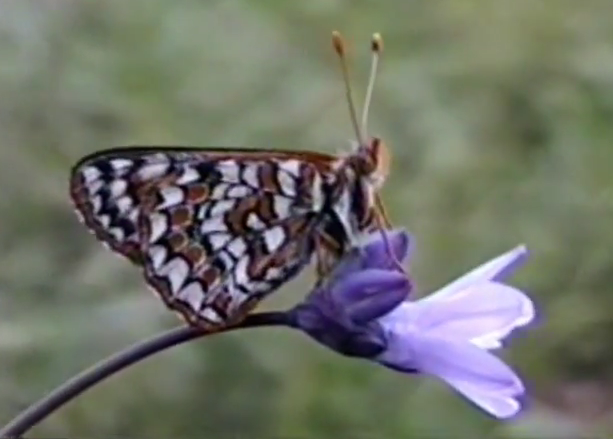 First, it was a tiny fish over human jobs and food production, and now it’s an endangered butterfly over national security.

Environmentalists have filed a lawsuit against the DOJ, hoping to stop the building of President Trump’s long-promised border way because endangered butterflies can’t fly high enough to follow their migration patterns.

A small butterfly native to southern California and northwestern Mexico could be threatened by President Donald Trump’s proposed border wall.

The Quino checkerspot butterfly was once common to the area but has seen its habitat eroded over the past century and is now listed as an endangered species, according to the Center for Biological Diversity. It’s one of the species listed in a lawsuit brought against the U.S. Department of Homeland Security by the center and other environmental groups over the wall.

Environmentalists claim the butterfly and a number of other species, including the Riverside fairy shrimp and the Pacific pocket mouse, could be in trouble if the Trump administration goes through with its plan to build a wall along the U.S.-Mexico border.

“It really can’t fly above around 15 feet above the ground,” J.P. Rose, a staff attorney for the Center for Biological Diversity, told ABC affiliate KGTV in San Diego. “So if you put in a 30- to 40-foot wall along the border, the ability of it to migrate from northern Mexico to the U.S. is going to be impossible.”

The lawsuit is challenging DHS’s ability to waive environment laws requiring review before the wall is built. But the DHS is arguing that it is within its right to issue the waivers.

The butterfly appears to be quite adaptable, however.  In 2014, the Guardian reported that it had defied experts’ predictions of its extinction by adapting its habits to include a new diet and habitat.

The quino checkerspot (Euphydryas editha quino), found in Mexico and California, has shifted to higher altitudes and surprisingly chosen a completely different species of plant on which to lay its eggs, according to research presented at the Butterfly Conservation’s seventh international symposium in Southampton.

Its rapid adaption offers hope that other insects and species may be able to adapt unexpectedly quickly to climate change.

“Every butterfly biologist who knew anything about the quino in the mid-1990s thought it would be extinct by now, including me,” said Prof Camille Parmesan of the Marine Sciences Institute at Plymouth University.

So they aren’t suing because it will actually hurt the bugs but because they want the impact study done so they can delay the wall.

Considering most of the prototypes have gaps in the bottom 15 feet more than large enough for the bugs to fly through I doubt it will be a problem.

The quino isn’t even a species.

The species is E. editha.

I suppose the quino is just an “undocumented” Euphydryas editha. The Endangered Non-Species Act should cover it.

And this is a prime reason the wall hasn’t been built yet. Between the Federal procurement process, various regulations, and an Obamaized court system, the globalists have lots of ammo.

Gasp! Not the fairy shrimp!