Petition Launched to Rehire Israel Supporting Prof at U. Maryland

Petition Launched to Rehire Israel Supporting Prof at U. Maryland

“one of the best professors at this institution”

We have been following the story of professor Melissa Landa, who was fired from the University of Maryland. She recently filed a federal discrimination suit. Now a petition has been launched in support of rehiring her.

For ten years, Dr. Melissa Landa was an Assistant Clinical Professor in the College of Education. She won awards for her teaching and research and created some of the most popular courses in the College. Students described her as “one of the best professors at this institution,” and colleagues praised her as an “honest, fair, and collaborative professional.”

In Spring 2016, Melissa appeared in the national press for her leadership in confronting anti-Semitism and BDS at Oberlin College, her alma mater. She joined the Academic Engagement Network, a faculty organization that opposes BDS; and planned to begin a research partnership with a college in Tel Aviv. Weeks later, Melissa began to face discriminatory treatment and a hostile work environment from the Chair and Associate Chair of the Department of Teaching and Learning, Policy and Leadership – Francine Hultgren and John O’Flahavan. 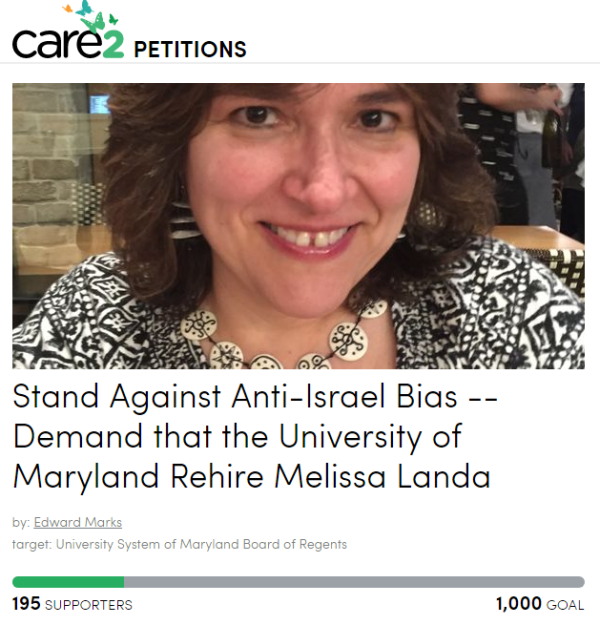