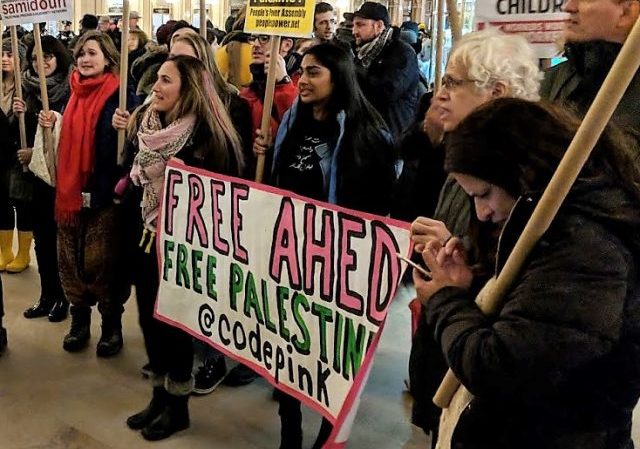 Last weekend I wrote about the anti-Israel protest held by a coalition of anti-Israel groups at Grand Central Station in New York City. The pretext of the protest was to support Ahed Tamimi, the Palestinian teen arrested for hitting and kicking a soldier in a videotaped provocation meant to generate a viral video (which it did).

We wrote about the protest in a prior post, Ahed Tamimi supporters call for Intifada at Grand Central Station protest.

One of the leaders of the protest was Ariel Gold of Code Pink, holding a large Code Pink banner.

You know who loved this demonstration?

Hamas loved it, particularly the participation of Code Pink. Which is understandable, since the stated goal of Hamas and the chants of Code Pink and others at Grand Central Station were the same: the destruction of Israel. 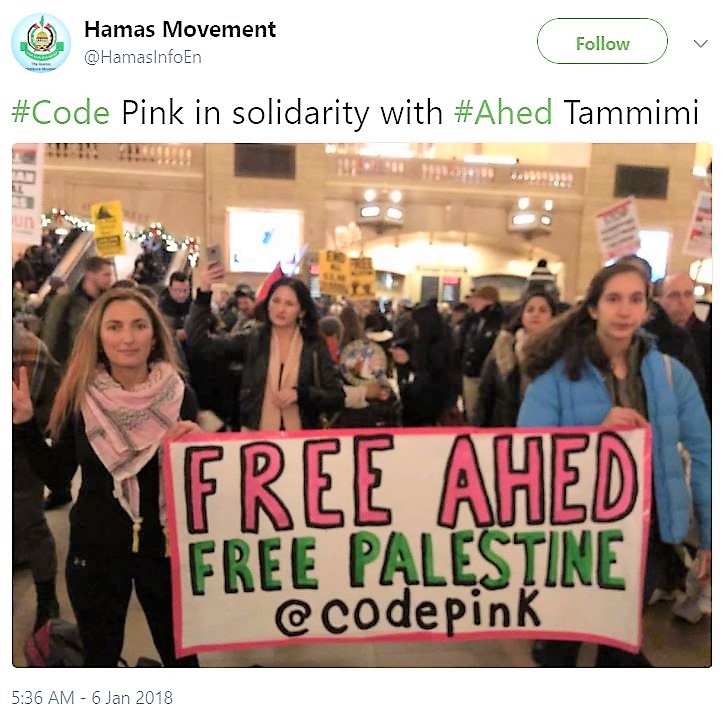