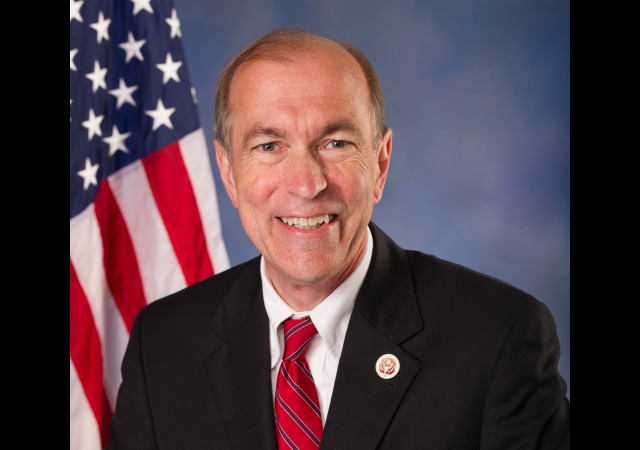 Sen. Tim Scott (R-SC) and Sen. Mark Rounds (R-SD) sided with the Democrats, which has the bank that “boosts financing for U.S. exports by large and small companies” without a leader.

The Wall Street Journal explained the duties of the bank:

The agency helps support U.S. exports by guaranteeing loans to foreign buyers and providing credit insurance. Its backers say the agency allows U.S. companies to compete on equal footing with foreign rivals that receive similar support from their home governments. But some Republicans have argued the bank amounts to corporate welfare and should be shut down—a view shared until recently by Mr. Garrett.

Garrett, a former Republican lawmaker, has been critical of the agency and led a push to shut down the agency. He once called the EX-IM bank a “corruption of the free enterprise system” and voted to end the agency twice. At his confirmation hearing, he promised to change his position. From The Wall Street Journal:

Former Rep. Scott Garrett will pledge to fully support the operations of the Ex-Im Bank, according to testimony prepared for the hearing released Tuesday.

“If I am confirmed, the Export-Import bank will continue to fully operate, point-blank,” Mr. Garrett said in the testimony. “It will continue to approve the many loans that support our American manufacturers’ ability to export their products.”

Reports leading up to the vote showed that Sen. Scott had doubts about Garrett. After the confirmation hearing, Scott and Sen. Mike Rounds (R-SD) left without evidence to think Garrett is the right choice. From The News Tribune:

At that time, Scott was able to get Garrett to explain that two things had changed. First, should he be confirmed as chairman, Garrett said his job would be to support the institution, which he would do. Second, Garrett said that with Trump now in the White House, the Ex-Im Bank would fit into a better model for growing American competitiveness at home and abroad.

Garrett would not, however, say he regretted or wished to retract past statements he’d made opposing the bank’s existence. At the time, bank supporters considered Garrett’s unwillingness to do so as a sign he may not be fully committed to his job mandate.

Scott said no follow-up correspondence with Garrett since that confirmation hearing has given him given him more confidence that Garrett is prepared for the task.

The White House needs to name a nominee soon because without a leader, the bank has been left to “unable to approve more than $37 billion in transactions.”

However, the victory seems to be good for General Electric and Boening, both of which led the crusade against Garrett. Boeing is the bank’s “largest benefactor” and if the “bank scales back or stops operating, Boeing’s largest competitor, European-owned Airbus,” will benefit.” NBC News continued:

Boeing has warned that crippling the Ex-Im Bank will be bad for its business, and the manufacturing giant has its supporters on the committee, too. Sen. Tim Scott, R-S.C., is undecided on how he’ll vote on Tuesday, but South Carolina is home to a Boeing plant that employs 6,800 people.

“If international customers of tractors, turbines, airplanes or satellites can’t get financing from the United States, they’ll simply take their business elsewhere to one of the dozens of other countries with similar export-credit assistance,” Boeing CEO Dennis Muilenburg said last December.

Shut it down. Now.

“The White House needs to name a nominee soon because without a leader, the bank has been left to “unable to approve more than $37 billion in transactions.”

So didn’t the panel just effectively shut it down? Trump should “quickly” submit a name of a new leader…in a few years. Maybe re-submit Garrett in 2019!

If I were POTUS….

I like that response. Defeat the nominee — ok, then I guess we can shutter the agency. No problem.

So Tim Scott was legally bribed by Boeing to make sure it’s free government funded slush fund was kept open.

I believe “Boening” is a partner in a stock trading company.
I think you meant “Boeing”, the airplane company.

I think she meant “boning,” as in what’s being done to the American taxpayer.

Now that there is/will be no Ex-Im leader, perhaps they can just get rid of it altogether.
It is a corruption of the Free Market.

A useless and outdated government program is about the hardest thing on earth to kill.

Remember when the Ex-Im bank was dead, and then McConnell resurrected it? IIRC, that was the occasion of Ted Cruz calling McConnell a liar from the floor of the Senate.

I thought… Republicans managed to shut the bank down legally? What did I miss

The Surrender Monkeys surrendered. As usual.

“At his confirmation hearing, he promised to change his position.”

I would vote against him too. His original stance, that Ex-Im should not exist, was correct. If he had had the integrity to keep that opinion, then he would be a great person to run it.

Good. They should keep voting down any nominee, until Garrett or someone like him comes back to his original position and is renominated openly saying that he intends to use his position to destroy the bank as it should be destroyed.

Fine then. If the ex-IM-bank cannot function without a leader, then… ok. Cya. Trump might have time to nominate someone Rubio likes in , uh, 2023

If you are not for shutting this racket down, how can you even pretend to be a Republican?

As near as I can tell, Rubio had nothing to do with this. He’s been a persistent critic of Ex-Im. The senator voting with Scott to reject the nomination was Rounds from South Dakota. Rubio is not even on the Senate Banking Committee.

Combined with the misspelling of “Boeing”, this is a pretty shoddy, careless article.