“How do I beat this cancer?” 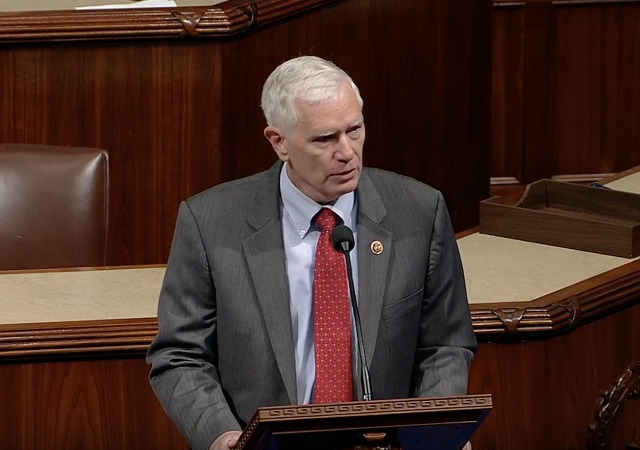 Rep. Mo Brooks (R-AL) announced to his colleagues in an emotional speech in the House that he has prostate cancer. From USA Today:

“God works in mysterious ways. When you are an elected official, missed votes require an explanation,” he said. “That is why I disclose this otherwise very personal, very private, and very humbling matter.”

Brooks will get surgery on Friday and plans to recover over the holidays. He intends to be back to work in January.

Earlier this year, Brooks lost the Republican primary for the Senate seat once held by Attorney General Jeff Sessions, coming in third to Sen. Luther Strange and Roy Moore.

He said that loss may have saved his life.

The congressman said he learned of his diagnosis on Halloween.

“After my doctor’s diagnosis, I called my wife, Martha, who was back home in Huntsville welcoming trick-or-treaters, and shared the bad news,” he said. “That night was one of the loneliest nights apart in our 41-year marriage. I kept thinking about my wonderful family, ‘What do I do next,’ and ‘How do I beat this cancer?’”

He shared that his grandfather was diagnosed late, and died soon afterward. But his father’s diagnosis was caught early, and he lived for decades after his own surgery.

Stay strong, Congressman! We’ll keep you in our thoughts and prayers.

Stay strong, Congressman! We’ll keep you in our thoughts and prayers.

Yes, Amen to that. I had the same diagnosis and had my surgery in 1999 by a super surgeon at Hopkins. I. am still on the golf course. Wish the same for you Mr. Brooks.

Wish him the best with recovery. Also wish Alabamians had picked him in their primary instead of getting bamboozled by dirty-Democrat shenanigans over Roy Moore.

Moore was a VERY flawed candidate.

If Trump had really wanted to back him, DJT would have gone to AL and be seen to back Moore.

Sorry we lost the seat, but had he won, it would have caused moor(e) trouble by a showboat.

Sessions has turned out to be a LOSER in DOJ and should have run for his old seat.