Farenthold allegedly said the former staffer could show her nipples whenever she wanted to. 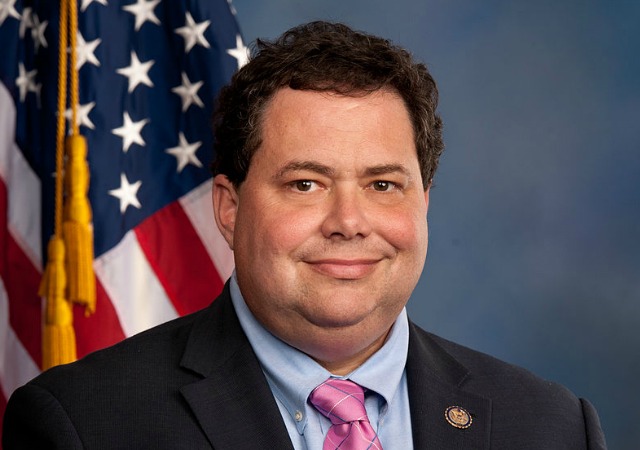 Ever since The Washington Post posted about the Office of Compliance doling out $17 million since 1997 to settle different violations across the Hill everyone has demanded the government unseal the deals.

Slowly it’s been happening! Politico has now reported that Rep. Blake Farenthold paid $84,000 towards a sexual harassment settlement in 2014.

Greene claimed in the lawsuit that another Farenthold aide told her the lawmaker had “sexual fantasies” and “wet dreams” about Greene. She also claimed that Farenthold “regularly drank to excess” and told her in February 2014 that he was “estranged from his wife and had not had sex with her in years.”

When she complained about comments Farenthold and a male staffer made to her, Greene said the congressman improperly fired her. She filed a lawsuit in U.S. District Court in the District of Columbia, but the case was later dropped after both parties reached a private settlement.

And just where did this money come from?! The Office of Compliance of course!

Greene alleged that his top aide Bob Haueter sexually harassed her, too:

The complaint added: “On June 10, 2014, in response to Haueter’s complaint about [Greene’s] shirt … which Haueter claimed was transparent and showed [Greene’s] nipples, Farenthold told [another woman staffer] that [Greene] could show her nipples whenever she wanted to,” Greene’s complaint asserted.

Greene complained to Farenthold about his behavior. After that, the lawmaker “marginalized and undermined” her in his office and eventually fired her “several weeks later.”

Farenthold and Greene prepared a statement, but never released it. Her lawyer Lee Alderman shared it with Politico:

“[A]fter it became clear that further litigating this case would come at great expense to all involved — including the taxpayers — the parties engaged in mediation with a court-appointed mediator,” the statement read. “After extensive discussion and consideration, the parties jointly agreed to accept the solution proposed by the mediator.”

The statement added: “The parties believe that the mediator’s solution saves the parties, and the taxpayers, significant sums that would be expended in further discovery and/or trial.”

The statement also includes a denial from Farenthold and a confidentiality agreement between both that doesn’t allow them to speak about the case.

All of this is starting to crash down. The wrongful dismissal suit between Rep. John Conyers (D-MI) and a former employee provided more details about the Office of Compliance and the difficulty employees have to go through to complain about violations.

Then on Tuesday, The Washington Times revealed that Rep. Raul Grijalva (D-AZ) paid $48,395 to a former employee who accused him of showing up to work “frequently drunk and created a hostile work environment.” From the article it looks like it came from his own hush fund, but still. No matter where it comes from, these cases show that the lawmakers will do anything to keep their bad behavior behind the scenes.

The Office Of “Compliance” is taking on some really dirty overtones…

Well, look at him.

He reminds me of Dorfman in Animal House.

It should be noted that the pig in question is a GOP member.

just because he is NOT a (D) is no guarantee that a drunk won’t also be a cad – the 2 go hand in hand quite often.

Randolph Blake Farenthold is an American politician who has been the U.S. Representative for Texas’s 27th congressional district since 2011 – 6 years is enough, primary the pig and shame him to resign.

Only ONE Repub? So are the rest Dems?

I agree, it wouldn’t bother me so much except the auther makes a special point of pointing out the other offenders as Demoncrats. I would prefer she identify the party of all the reprobates who used this slush fund to steal from the hard working, tax paying US citizens!

If we are going to drain the swamp, then lets get rid of all swamp creatures not just the demoncrats!

“If we are going to drain the swamp, then lets get rid of all swamp creatures not just the democrats!”

I absolutely, totally, 100% agree with you. But it’s beginning to look like D.C. would be empty when we were done.

More than just wanting to know the details of all these payments, we really need to know these details. Because having these details disclosed will act as a very strong deterrent to current & future office holders to check their behavior. If they know that the underlying facts of any claim made by a staff member will be disclosed, they’ll be a lot less inclined to try any funny business.

Of course he is a Republican, Rags. Why else would they have leaked this from the Office of Compliance?

Who suggests this is a “leak”? State your evidence, please.

I personally want a gusher, not a leak. I want it all out.

I suspect the breakdown by party will be heavily skewed towards Democrats, but even so we need a lot of new blood in Congress. If using this essentially Dem sex scandal is what it takes to flush out Congress, I’m up for it.

So the staffer wore a tight sweater and no bra and when Farenthold commented on what she obviously wanted to flaunt, she sued? Is that what really happened here?

I am reminded of an incident from my younger days. In the seventies, I was working at a power plant with maybe twenty other 30 y.o. engineers when the boss brought around the new secretary to introduce her. She was wearing a thin, clingy, white cotton dress but obviously wasn’t wearing any underwear. We could all plainly see her aureola and her pubic hair through the dress. There was total silence in the room, except for the eyes popping and jaws dropping. I understood that she was counseled to start wearing underwear at work. (That was back when a boss could tell a female employee to wear underwear without getting sued.) I’m sorry, but it’s just not right to do that to men, but some women are evil that way.

In business, evil is OK; expensive is not.

‘dress’ codes are ok and should be ‘man’datory.

That’s it? “Hostile work environment”? Sorry, this guy doesn’t sound like one of Washington’s major cads. And it still cost him $84k.

The obvious lesson: unless you’re prepared to walk on eggshells for the indefinite future, find some excuse to avoid hiring women.

A manufacturing manager once told me about the machinations he had to dance through to get rid of an employee who was apparently the worst. But, her being a black lesbian, he was certain that he couldn’t get rid of her without all sorts of whatever hitting the fan. He eventually managed, but the whole story played out much like Stevenson’s The Bottle Imp—in the end, who gets stuck with her? Sure was a lot of work just to get rid of minimum-wage headache. And of course he never hired a black lesbian again. Profiling? You bet. Good way for an ageing manager to control his blood pressure problem? Right again.

“That’s it? “Hostile work environment”? Sorry, this guy doesn’t sound like one of Washington’s major cads. And it still cost him $84k.”

Well, no. From the story, it cost U.S. tax payers money.

“The obvious lesson: unless you’re prepared to walk on eggshells for the indefinite future, find some excuse to avoid hiring women.”

Why? Men are as easily involved in sexual crap.

The obvious lesson is act like a gentleman. Treat all people you contact with respect, but especially those who are your employees.

It is so expensive to prove innocence in such cases that these settlements will most likely include lots of scummy, guilty men, but also gold diggers. Not claiming to know the percentage, but the world has plenty of both right now

Snopercod, had the same thing happen to me walking out to my car from a restaurant. Woman in a white shirt so thin and tight that you could see through it, DDs bouncing inside, no bra.

As she passed me she’s snared with contempt and said “hope you got a good look”.

I responded “Yes, thanks for the show”, pulled out a dollar bill, folded it and tried to hand it to her.

When my husband worked in merchandising at a major grocery chain, it was standard practice for women, both employees and vendors, to wear clothes that revealed their mammary parts in order to have power over the men in the meetings and in the case of the vendors, better contract deals. Sadly, much of the time it worked.

Not with my guy, though – he would hold a folder up in front of his face rather than look at such displays.

The bad thing is, we see young and not so young women dressed that inappropriately at church on Sunday mornings. What ever happened to a sense of modesty? Sigh…

not to caste aspersions on parents, but it begins at home allowing girls to not wear modest clothing.
difficult to enforce.

A friend of mine expressed just that this past October. He’s been fastidious in teaching his 14 year-old daughter the ropes of self-respect, and earning the respect of others, so got agitated telling of his daughter’s friends who visited their home for a Hallow’een party. Three of the girls dressed as Playboy bunnies, complete with hypershort shorts. He rightfully blames the parents.

This isn’t even close to sexual assault! It’s a bunch of horse hooey!!! (hey Blake, DID she have nice nip-nips?)

So a gop rep gets outed, but no dems.
I’m SO sick of the one-sided nature of leaks.

Just completely exhausted from it.
Where’s the alternate universe to which I can exit, where Americans treat Americans fairly, and The Wall was built in 1951, and we have no latins here, insulting us endlessly. . . . .?